Before Vegas, Florida’s expansion success set the bar; Q & A with Dave Lowry 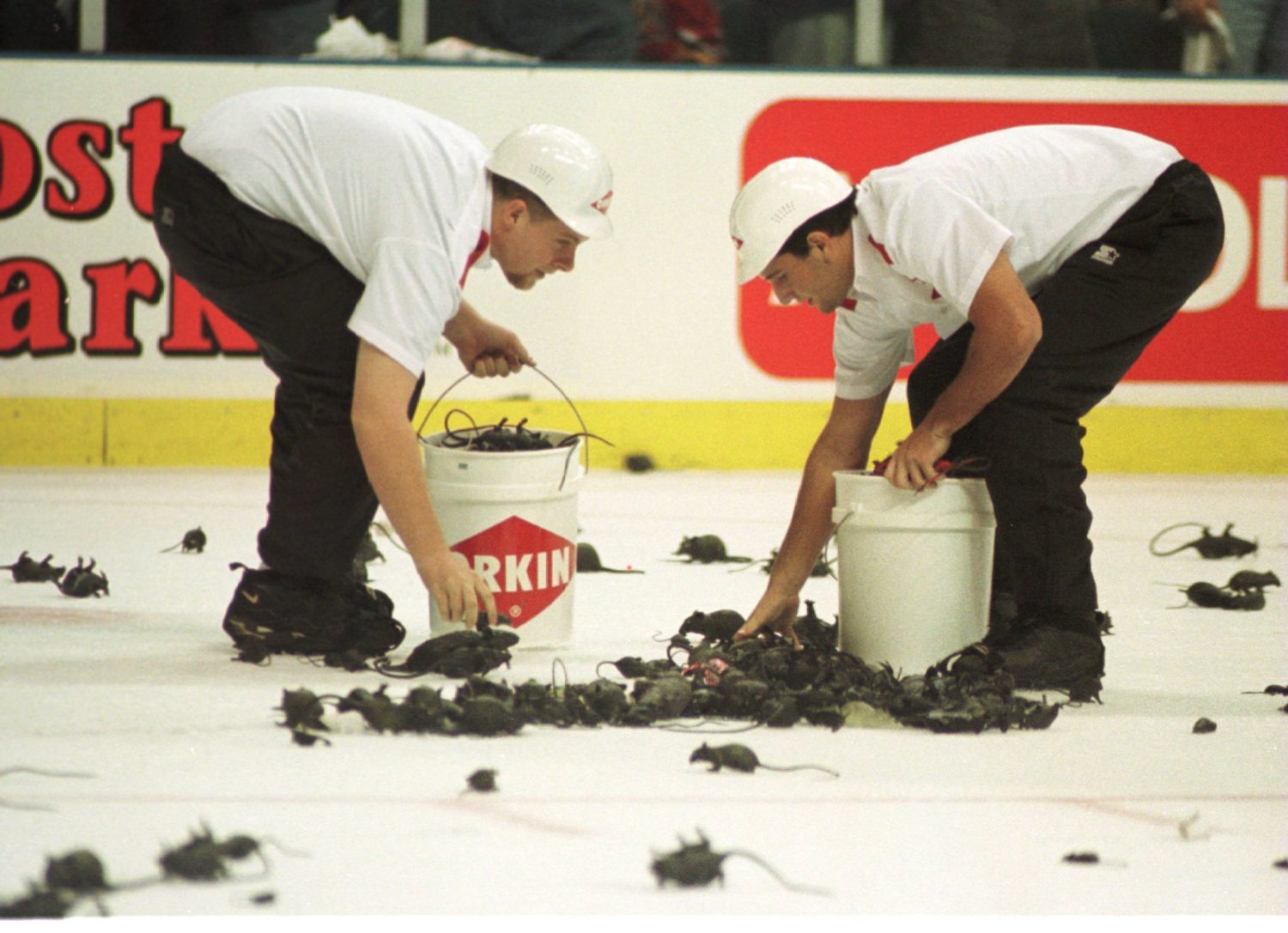 Vegas’ run this spring elevates them well beyond any previous high-water inaugural mark, but well before there were Golden Knights, there were Blues, there were Sabres, there were Oilers and Panthers, all teams in the expansion era that made the Stanley Cup Final in their first five years of existence.

Their success wasn’t as sudden and profound as what Vegas has accomplished in its first season, but Florida maintained a net even goals-for and against in its first year and reached the Final in its third. The Panthers, until this year, served as the most immediately successful expansion example and held the modern record for winning percentage in their very first season. This success was forged even though existing teams were able to protect one goalie, five defensemen and nine defensemen in 1993 – as opposed to protecting either seven forwards, three defensemen and a goaltender or eight skaters and a goaltender in 2017 – and the Mighty Ducks of Anaheim were also competing for the same players. Clubs also had to leave unprotected at least one defenseman and two forwards with at least 40 games played in 1992-93 or 70 games played from 1991-93.

Because the expansion Sharks, Lightning and Senators struggled out of the gate, expansion rules in 1993 were a touch relaxed, and also included a Phase II in which San Jose, Tampa Bay and Ottawa could select from an unprotected pool of Florida and Anaheim players after Phase I of the expansion draft. It was a touch convoluted, which Canucks Army did a good job of capturing. Meanwhile, in 2017, Vegas GM George McPhee did a dynamite job of leveraging teams into leaving unprotected some ultimately productive players who have maximized their ability under head coach George Gallant and were able to set a previously unreached bar of expansion-year production. So, even if Florida and Anaheim benefited from a somewhat relaxed framework, it’s still hard to compare to Vegas, which had fewer restrictions and did a masterful job of exploiting the benefits afforded within the blueprint of constructing a team. 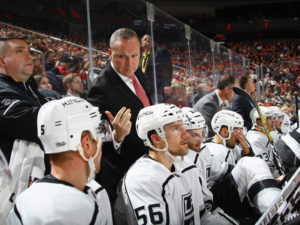 Other teams, such as Edmonton or the New York Islanders, were obviously able to build dynasties early in their existences, while Colorado, which had relocated from Quebec and ended Florida’s run in 1996, won an actual Cup in its first season in Denver. There’s no precedent to what the Golden Knights have done so quickly, but there are some interesting parallels between the NHL’s two most successful (and clearly separately tiered, accomplishment-wise) expansion teams, and LA Kings Assistant Coach Dave Lowry – a hard-nosed winger selected by the Panthers in the expansion draft who once sparked a severe rat attack on Tom Barrasso and the Penguins – kindly shared some time to reflect on 1996 and a previous era in which 33-34-17 was considered to be a high bar for an expansion team to match.

“In Florida, we used a lot of the similar – you know, the rallying cry – the mantra that nobody wanted us, and that’s how we were able to go and forge our identity,” Lowry said.

“We all knew that we had value in the league. We all knew that we were all solidified players in the National Hockey League and whether you be cast upon as a spare part, back then you probably were a spare part or you were a replaceable part. And I know that some of the players that came in to our team, the value is never really appreciated when you have the asset until it’s gone. And what we did is we put a collection of guys together and we were all similar.” 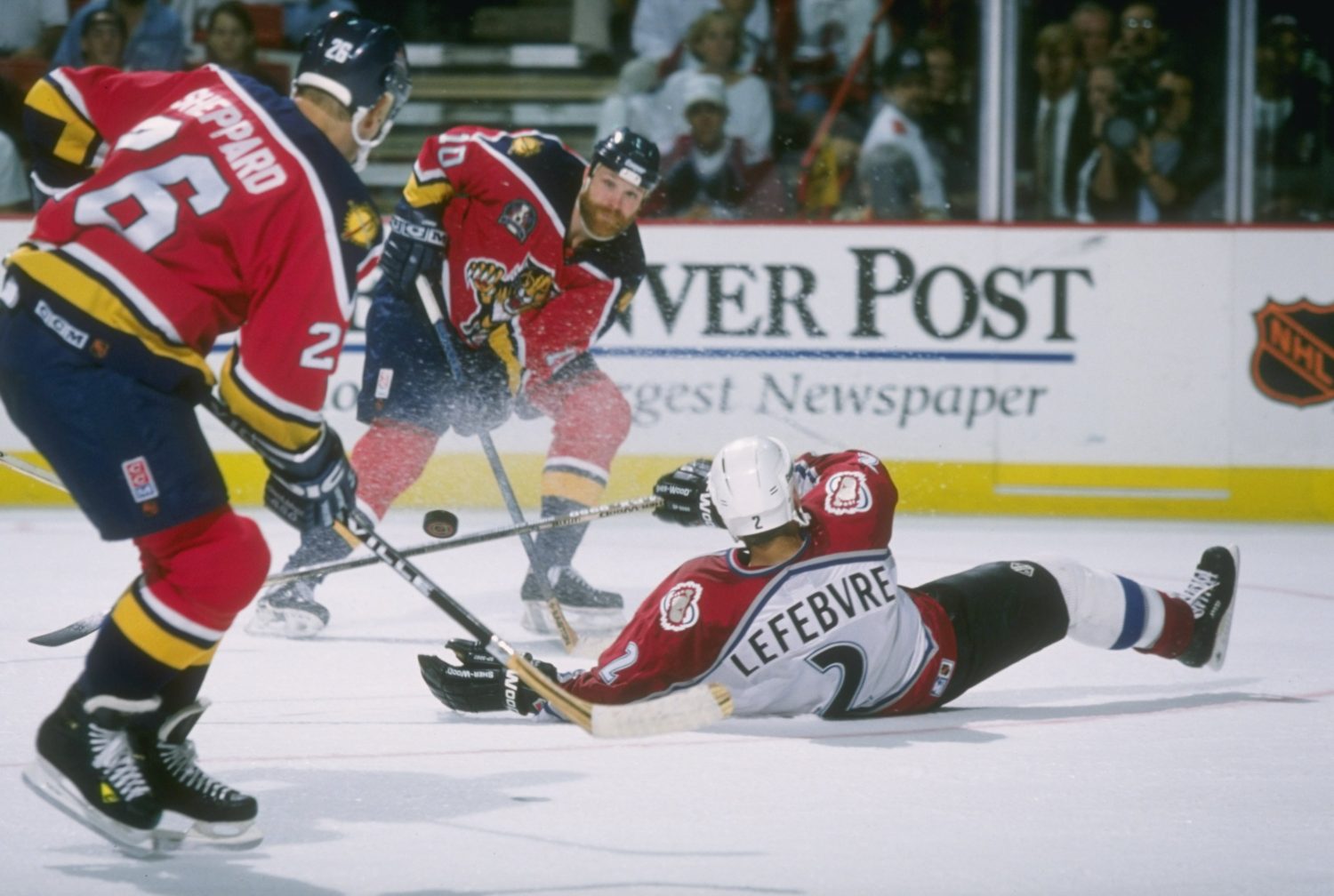 Jon Rosen: With Vegas and Florida, both teams benefited from very strong goaltending, and that was obviously a backbone of both teams’ success. But like Vegas, how quickly in that first year were the skaters really able to distinguish and etch out their roles? How was that similar to what Vegas has gone through?

Dave Lowry: You look at Vegas, and you look at Marchessault and Smith, and you look at the history that they had with Gallant. I really believe on a lot of teams those are two first line players. And with familiarity with the coach, all they need is someone in the middle and you already have your number one line. What we did is we were built with guys that played a similar style and that was we were hard guys to play against. We all had identities as players and one of the things that everyone kept coming back to is we were hard to play against, and that was something that we took a lot of pride in. And we built our lines, we had Brian Skrudland who Mike Hough and Jody Hull who would play against the other guys’ top line and they would check. And we had Billy Lindsay and Tommy Fitzgerald, those were guys that knew how they had to play to be successful. We had Rob Niedermayer come in as a first round pick and as the years went on the deals get made, but you start slotting in to different roles on a team and it might not have been the role that you would’ve had on previous teams, but everyone accepted the roles that they were given and what we tried to do was we tried to go out and excel and play to the best of our ability every night.

JR: Florida had missed the playoffs by one point in their first two years but were immediately competitive. Going into that third year, what was the focus of that team when compared to the first two seasons in Miami?

DL: I think the big thing is we wanted to continue to build. We felt that we had established an identity. We went through a coaching change—Roger Neilson was no longer coaching the team. Doug MacLean came in. We felt that we had the ability to – not only I wouldn’t say ‘surprise teams,’ but we knew that we could still outwork teams, and you know teams coming down in the Sun Belt, you could take advantage of it. It was much like when teams used to come out [to Los Angeles]. They would come in for a few days, usually let their guard down, and you could jump on ‘em. And we had a group of guys that we knew that if we played a certain way that we would give ourselves a chance to win. It’s funny – in the 95-96 season, the NHL had the big crackdown on the obstruction, and this is where it started early, and one of the thoughts was behind it was they wanted to eliminate the clutching and the grabbing and the hooking and the holding and try and extinguish the Panthers per se, because everyone said we played the trap and all we did was clutch and grab, and the reality was, the ironic part was at Christmastime we were in first place in the Eastern Conference. What it allowed us to do was to turn pucks over and skate and, well, everyone underestimated how fast a team we were. But now when there was this clampdown on obstruction, it made us even faster.

JR: Anaheim was also very competitive that year, too. And similar to Florida, they went out and they found some success and made the playoffs relatively early, too. During that year, did you and your teammates find yourselves looking across the conferences and seeing what they were doing and find, not necessarily a rivalry, but just a gauge of how your progress was compared to theirs?

DL: We wanted to be better. Cut and dry, we wanted to prove that they made the right decisions in Florida on who they selected.

JR: I can’t go this far with out talking about the rats, obviously, but at what point in that experience of going deep into the playoffs, did you find that moment when you look back and saw that type of concert between time and place and a young team that precipitated thousands of rubber and plastic rats being hurled on the Miami Arena ice?

DL: I think the biggest thing, and it’s much like I use Winnipeg here as an example as well, the fans were relatively new, but there were also fans that were transplanted from northern cities. We had a unique following and the one thing that we created was we created a culture with our fans and it was like we shared the experience with them. It used to take us around 45 minutes to get to our cars because we parked across the street and they had barricades up where fans were waiting for autographs, and we really felt a connection with them. And you look at Winnipeg and what they’ve done with the white out, and you look at Vegas and the connection that they have with their fans as well, I think it’s unique and it’s special and I think sometimes as athletes we get away from that.

JR: What was that hockey culture like in Miami, and what was it like being in the middle of a non-traditional market’s first exposure to Stanley Cup hockey?

DL: I left just before they moved in the next year into Sunrise, but I think the biggest thing was accessibility to the players, and we had a culture and the people. I know the fans appreciated the time that was given to them. We went in 2006 for a ten year anniversary of the 95-96 team in the summertime, and that team played a charity game that had 10,000 people in the building on a Saturday afternoon at three o’clock. So, that just shows you that people still remembered and it’s great that they still talk about it, but I know there’s a lot of hockey fans that weren’t alive when this was going on, either. 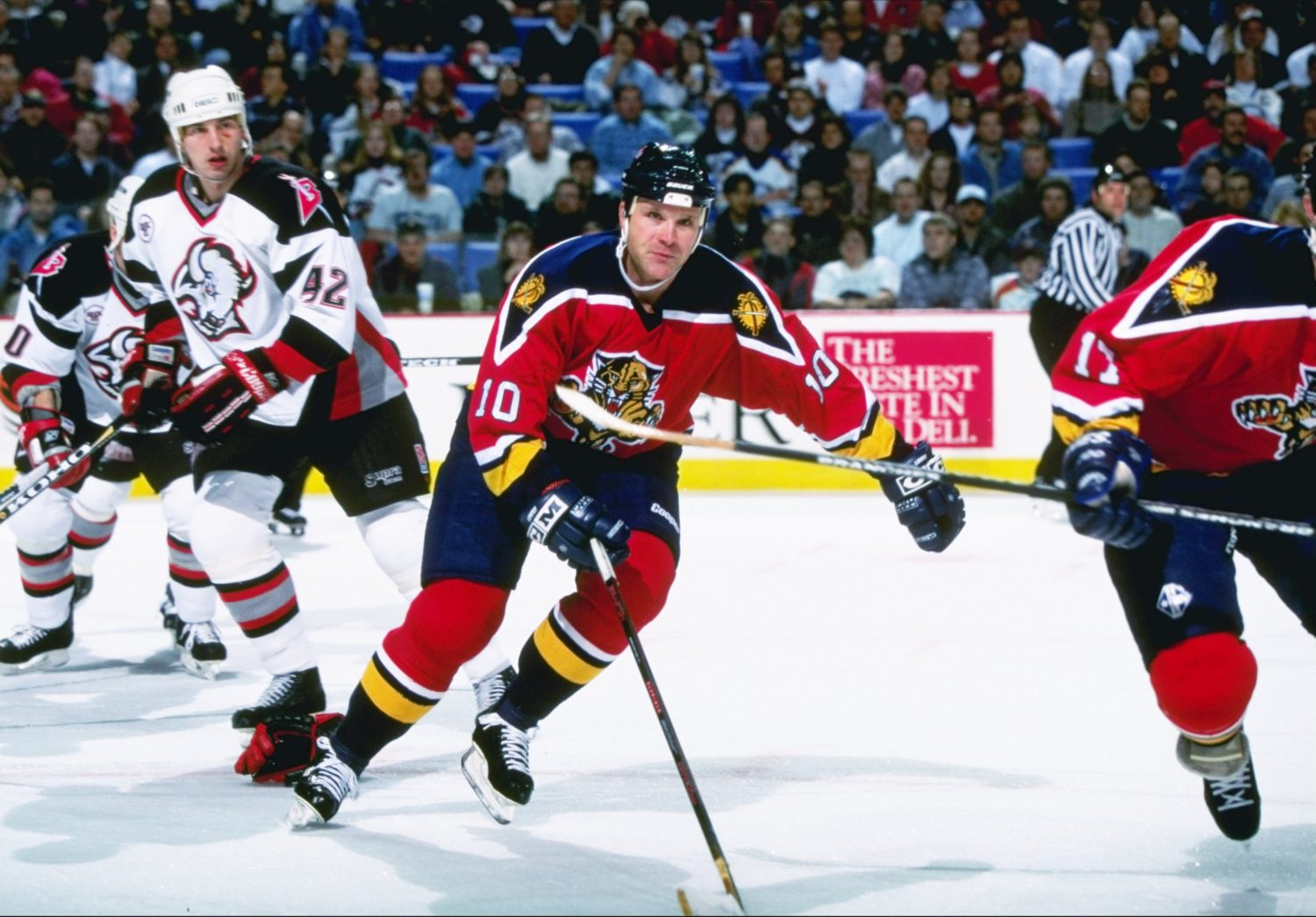