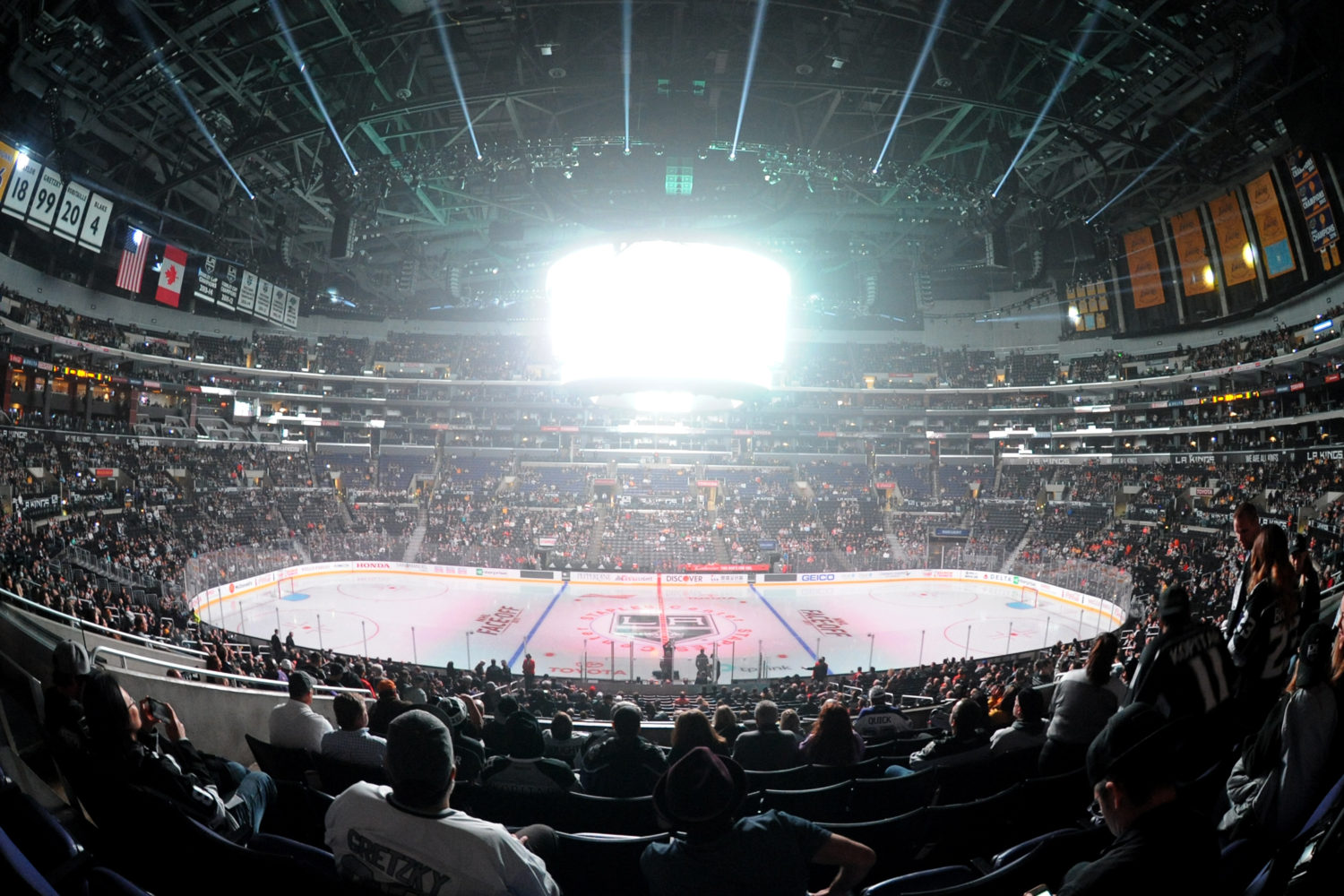 Slava Voynov’s three-year contract with SKA concluded when the St. Petersburg club was dispatched from the Gagarin Cup playoffs by CSKA Moscow earlier this month, and the expectation is that the defenseman who left the United States while facing domestic violence charges will attempt to return to the National Hockey League. Voynov has been suspended indefinitely by the NHL since his October, 2014 arrest.

The LA Kings own Voynov’s rights, but that doesn’t mean that he’ll play another game for the club – or, in the NHL, for that matter. 11 months ago, when asked about Voynov’s hypothetical return in advance of the Stanley Cup Final, Deputy Commissioner Bill Daly responded that “if that was ever something that was proposed, we’re on record as saying that would require a proceeding before the commissioner.”

Despite recent reports that Voynov is seeking a return, there is nothing clear about his current status. “It’s out of our hands,” Kings President Luc Robitaille said. “It’s between the league and Slava and his agent. If and when something happens, we’ll discuss it then.”

Even as the grounds for such a discussion begin to materialize – and may take form over the off-season – it’s very difficult envisioning a scenario in which Voynov returns to the Kings. At this point, it’s not among the front-and-center issues the team is addressing.

“It’s so premature at this point, because those hurdles that he has to go through to be reinstated by the NHL don’t have anything to do with us,” General Manager Rob Blake said. “To be honest with you, it’s so far away from our play right now that we haven’t had those discussions. Like I said, that’s going to be between him and his agent and his people representing him to be able to get back into that position before we could even get involved.”

Blake said that teams have approached the club for clarification on Voynov, but not to focally inquire as to whether the team would trade his rights.

“No, what I’ve been approached about is teams asking what’s going on with him, and I think that’s a lot of questions that you’re getting here,” he said. “We’re asking the same questions, and like I said, that’s going to be between his representation and the league to define what’s going to happen with him.”

Blake also confirmed that Adrian Kempe would play for Sweden at the upcoming World Championships and that Alec Martinez was “pretty set” to play for the United States. Jonathan Quick was asked whether he’d play for the United States and responded, “yeah, that’s something we’re going to figure out.” The World Championships take place from May 4-20 in Copenhagen and Herning, Denmark.

Several injury updates, as shared by the Rob Blake during today’s availability: