Doughty clearly the Kings’ “number one priority” this off-season 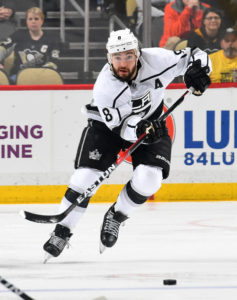 The LA Kings can get in Drew Doughty’s ear and whisper their desires that he remain a King, but that essentially has already been inferred. Isn’t the greatest defenseman in franchise history’s importance to the team already crystal clear? “I don’t think we need to tell Drew that we want him back here,” Jeff Carter said. “He drives it for our team, drives the play for our team. We want Drew to be around here for his whole career. Hopefully that happens.”

Such a pithy and to-the-point expression from the players was espoused when Anze Kopitar was asked whether he planned on having a conversation with Doughty about his future in Los Angeles.

“I have already,” Kopitar deadpanned.

Doughty, 28, has one year remaining on the seven-year, $56-million contract he signed in September, 2011, and is eligible to negotiate with the team beginning July 1. From the perspective of Kings management, there is no greater focus than on retaining their superstar defenseman who set a career-high with 50 assists and 60 points and is a Norris Trophy finalist.

“Number one priority. I don’t think we ever shied away from that,” General Manager Rob Blake said Friday. “John and Drew and I had a pretty good understanding down the stretch and in the playoffs where our focus needed to be, and that shifts to priority number one, to get Drew signed.”

When asked whether there was any “concern” over the team’s ability to sign him this summer, Team President Luc Robitaille examined the nature of the word “concern” before reiterating that Doughty clearly remains atop the team’s off-season checklist.

“I mean, you’re always concerned until you sign the guy, but it’s our priority number one, and it’s the same,” Robitaille said. “Rob and I have talked. We’ve talked with our ownership, and it’s the priority.”

There is, in these negotiations, something that isn’t as measurable in a dollar value. The lifestyle of playing in Los Angeles, which comes with living in the sheltered South Bay community of Hermosa Beach, is something that can’t be matched by any other team that would be considered a serious suitor. Hockey players in the South Bay more anonymously blend into the fabric of the community to a much seamless degree than they would in other cities, particularly those north of the border.

But lifestyle is far from the only determining factor. Few players are as passionately driven to win and succeed as Doughty, who has two Olympic gold medals in addition to his two Stanley Cups. That those four championships were all won before his 25th birthday is something that whets a voracious appetite to continue to win.

“I’d probably say winning is on top of that list moreso than lifestyle, I’ve got to imagine,” Kopitar said. “But … we’re not far off here. I think we have winning material around here, and lifestyle, I don’t know if you can beat it. We’re in Hermosa Beach. That definitely comes into consideration. Like, warm weather, you don’t want to go to Edmonton and Winnipeg, for that matter. Nothing against those cities, it’s just – it’s warm.”

That’s where the consideration gets a bit murkier. The Kings on Friday spoke confidently about their direction and how they foresee their future shaping up. The core remains among the league’s elite, a notion underscored by Kopitar’s career-year and the dynamic seasons etched out by Doughty and Jonathan Quick.

But, on the other hand, the team has won one playoff game – and was swept in four games by the Vegas Golden Knights this spring – since celebrating their 2014 Stanley Cup with dual parades in Downtown Los Angeles and across Manhattan Beach, Hermosa Beach and Redondo Beach.

“I’m a big part of that team, and I’ve got to try to bring us into those winning ways again,” Doughty said. “I take the responsibility for that along with some of our other leaders. It’s not that they had to show me or prove to me anything for me to sign here. I’ve always wanted to be an LA Kings and want to stay an LA King.”

There’s no “show-me” or “prove-to-me” necessary or disproportionately influential in Doughty’s ultimate decision as it relates to off-season direction or movement.

“I know that Rob Blake and Luc Robitaille, they took this job because they want to win,” Doughty said. “They want to transform this team into their winning ways again. Whether or not they do a lot in the off-season, I don’t know, but like I said before, we have these young guys coming up that I think are going to make a difference, and I think that shows me how much potential we have in the future, and I’m good with it and I’m happy to hopefully re-sign here.”

Rob Blake, on how much “renumeration,” “chance to win” and “lifestyle” factors into negotiations:
I think two of those, he obviously understands. He’s been a part of this. I think the part that we do talk about is the stress to win, and where we want to go with that. He’s involved in a lot of those meetings. He’s in our leadership group, and he understands our ultimate goal is to win. But, that’s built around him. We could put him on the ice 25 to 30 minutes a night, and we could put Kopitar in and we could have Quick in net, and we’ve got Carter and guys, we’ll build around that. 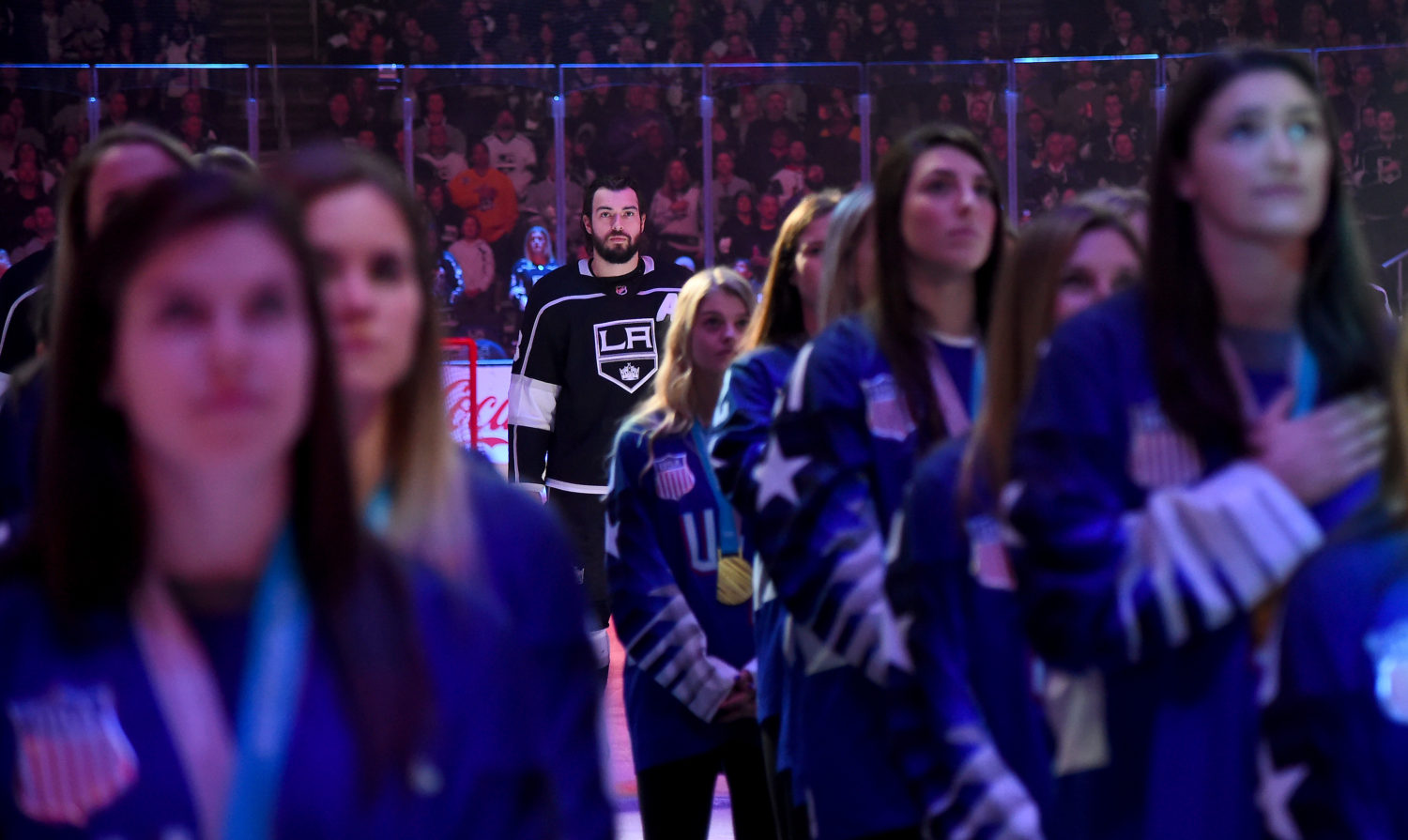