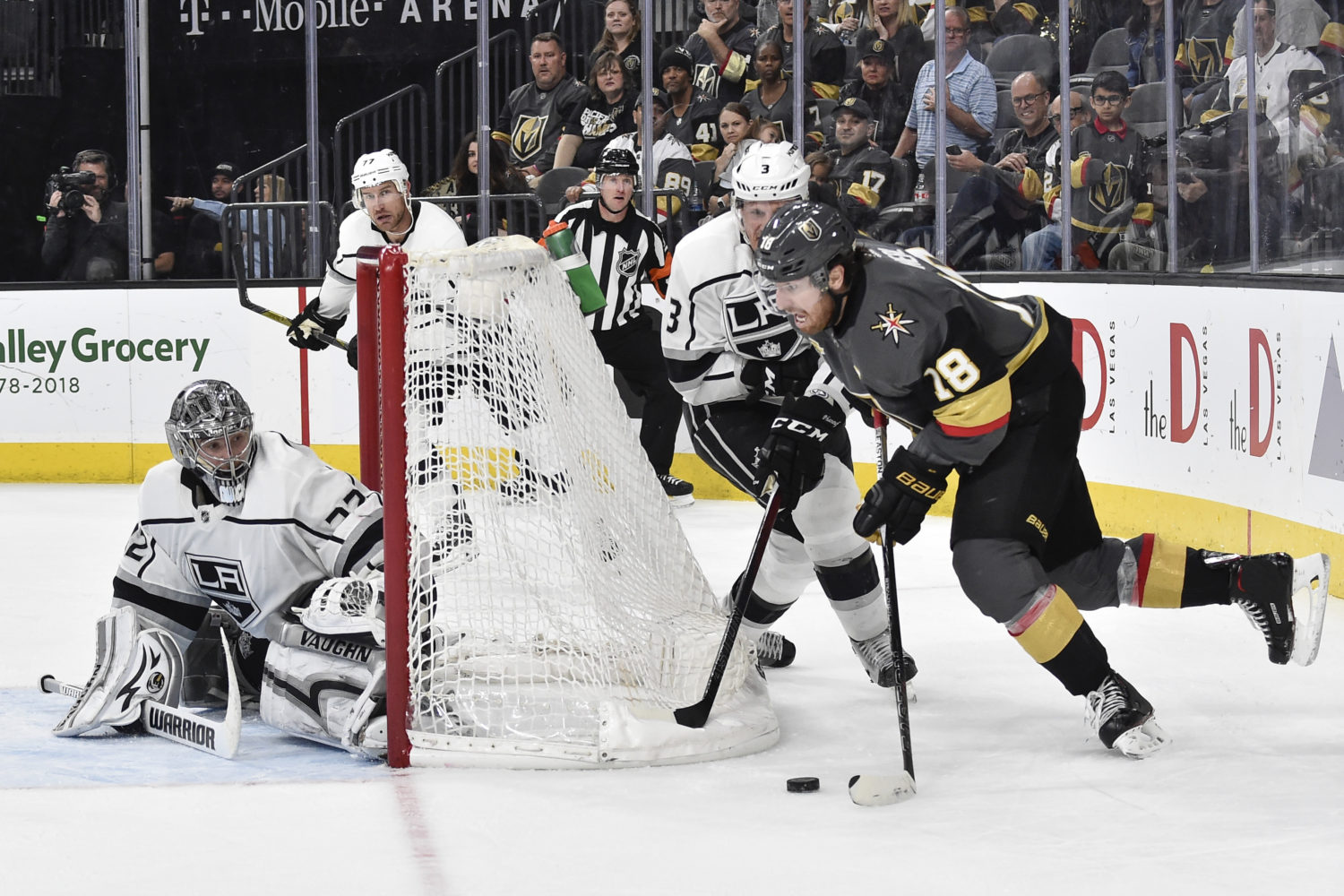 Anze Kopitar, on how the team is feeling after the past two games:
I mean obviously you don’t want to be down two-nothing, but we can play better and we’re going to have to play better going home.

Kopitar, on playing over four and a half periods of hockey:
Well I mean you’re tired, you’re trying to squeeze everything out of yourself, and you’re just trying to obviously trying to play the game, stick to the game plan, and do what you need to do.

Jonathan Quick, on whether the 2014 Cup-winning game prepared him well for Friday’s overtimes:
As a goalie you’re just trying to make the next save, right? You know, I don’t think you really use that.

Quick, on whether it’s easier to make saves in overtime:
No it’s tough. Got some … good players on the ice.

Quick, on his thoughts on the team’s performance without Doughty:
Yeah, they played great. We’re lucky we’re deep on the back end. We’ve got, I think, eight or nine guys on the roster right now and any one of them can play and play well for us. So they stepped in and did a great job and carried a little extra load tonight.

Quick, on whether he’s the type of player to forget about tonight before leaving the building:
It’s never that simple. Obviously we’ve got tape to watch, obviously there’s mistakes we can clean up, things we did well that we want to build on, so this time of the year you’re always thinking about the game.

Paul LaDue, on his goal:
Yeah, I can’t really remember what happened going up to it. I think they were on that one side and Dion made a nice play to me and he gave me a lot of time and I just tried to get it to the left side of the net. I think it hit a lucky bounce and went in. but that goal was huge. We just, we’ve got to find more ways to get pucks to the net and get more bodies in front of this guy.

LaDue, on how frustrating it is to play so hard and come away with a loss:
Yeah, it’s terrible, but I think we’re feeling pretty good and I think we played pretty good tonight. And I think that game could’ve went either way, so we’re getting some guys back in the lineup and we’re excited to take it back home.

LaDue, on Quick standing on his head tonight:
In my opinion, he’s the best goalie in the world. That was unbelievable tonight and you know we’ve got to work harder to play better for him. He worked way to hard tonight and he saw way too many shots. But we’re going to look at it and come back stronger.

LaDue, on how the team had to play differently with Doughty out of the lineup:
You know, we’re confident in our D-men. We’re carrying eight D and we’re confident with all of them. So I thought we did a good job, you know, we didn’t give up too many grade-A chances and I thought our guys played well so we’ll just take it from here and see how it goes.

LaDue, on the puck bouncing off the boards more than usual:
Yeah I think that’s just how this rink is. I think it’s a very lively yellow. I think we practiced, could tell right away that they’re jumpy, but we’ve just got to play the game and that’s for both teams too.