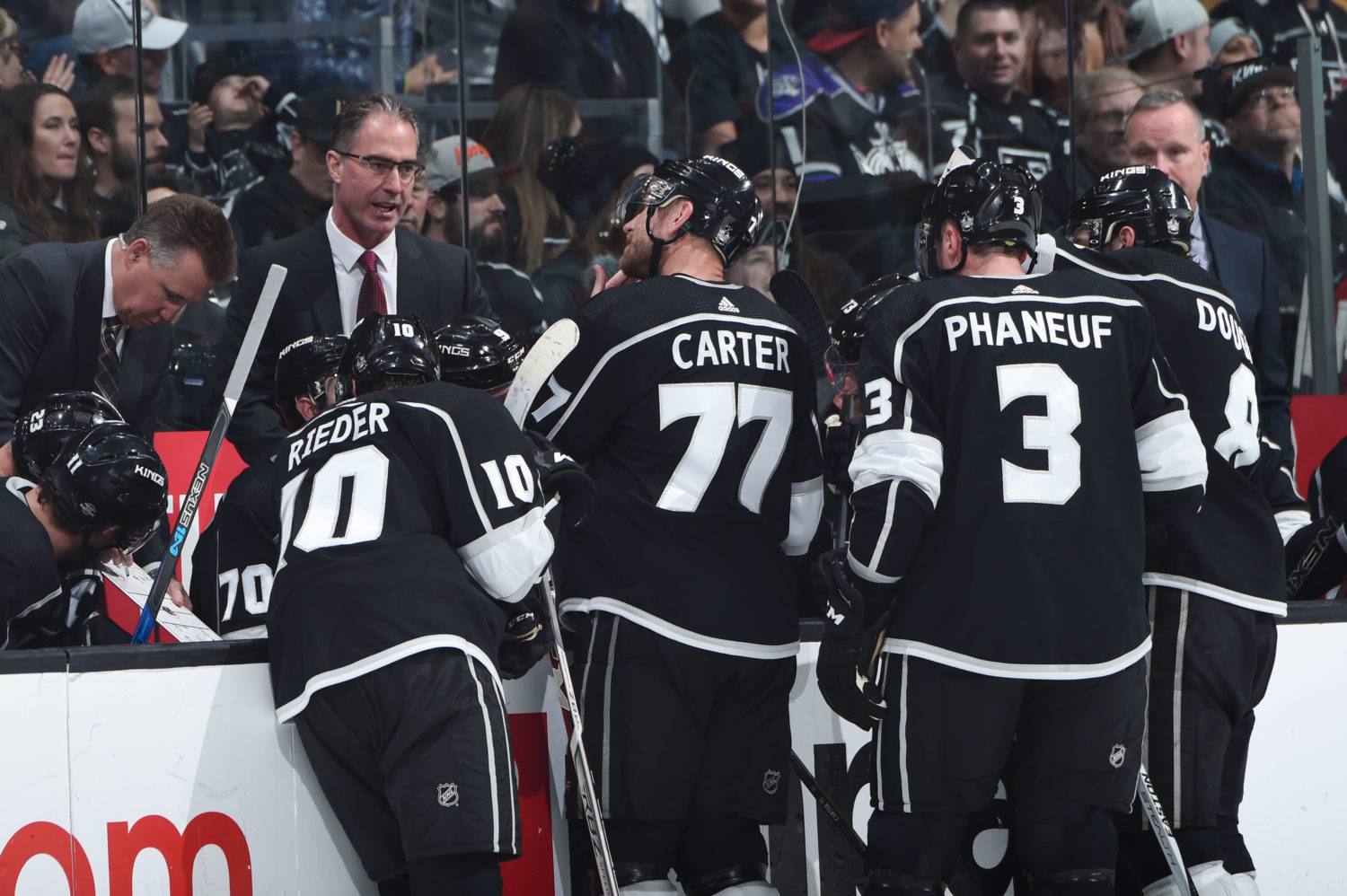 On whether Vegas’ team speed is a particular “concern”:
Well, I think when you talk about Vegas, team speed, it applies to two areas. I think it applies to the flat-out ability for a team to skate, but I also think it applies to how fast they play. It can be two distinctly different things, but they’ve combined team speed with a team that plays really fast, which makes them be a really quick team in transition in both directions. I think they’re able to do that because they’re deep, and they’re deep beyond four lines. I think they have options to come in and out of their lineup. They’ve carried eight D most of the year, if not all year, and they’ve got a deep group of forwards. They play fast and they’ve got good team speed.

On how to keep minor changes in logistics and the schedule from affecting the team during playoffs:
The playoffs, you play every other day. Our guys are very used to a plan that’s worked for us. The road is the road. Nothing changes there. We stay in the hotel at home. It’s always been something that’s helped our players focus, get their proper rest. We skate in the game rink. They still sleep at home after games, and we get back from the road and then we check into the hotel at night and it’s worked really well for us. It gives us an opportunity to cover a lot of detail with the teams and make sure the players get all the resources they need to recover and be ready to play. It’s a big commitment from the players, but it’s worked for us. The guys like it that way and I think they look forward to it because it’s a fun time of the year to play. They all know that this is the most important time of the year, and the commitment it takes to have success this time of the year, so I actually think it’s a helpful routine and not a hindrance.

On whether he says anything to his players on what to expect in the playoffs in terms of intensity:
We’ve talked about it all along here. I think every step of the way, the playoff mode has been in effect for quite a while now where every game matters. I think our young guys have a real good understanding of how hard it is to play this time of the year, how important it is that they’re big contributors to our success, and if the season ended now and we started next year, they wouldn’t be rookies anymore. Even though it’s their first experience at this type of atmosphere, I think we’ve got enough veteran leadership in the locker room to help these guys. But we’ve talked long and hard now on how hard it is to win games this time of the year, getting to this point. I think it’ll go up another level and our guys are well aware of that. Our young guys are well abreast of what it’s going to take this time of the year and the type of commitment it’s going to take on their part to dig down deep in the bucket and allow us to have success with them being a part of it.

On whether the late-February Vegas games served as a gateway towards late-season strides:
They were important games because we were in a fight four our lives to stay in a playoff spot, and I thought that was a key pair of games there. We had that stretch there with the back-to-back with Vegas, which was critical for us, and then we had the big trip where we were extremely busy there where we had success on. I thought those two match-ups there with that series and then the trip we had were critical to us getting into the playoffs and securing a playoff spot. But, Vegas, they’ve been pretty much rolling all year. I think if anything that’s affected them is they’ve had some injuries late in the year that it looks like they’re probably going to be healthy going into the playoffs. When you have a new team in the league earlier in the year, you don’t have a good book on them. I think they’ve proven to everybody that they’re a really solid team that wasn’t going away, and I think that they’ve become, if anything, a little more well-known around the league in terms of what to expect from them, because they’re a very consistent hockey team that has instilled an identity with their hockey team in a hurry. Now they’ve forced everybody to take notice and be aware of what they’re capable of.

On whether Vegas is a “different animal,” compared to more familiar teams they’ve faced:
Not really. They’re just an opponent that’s got a lot of respect in the league for what they’ve done this year. It’s pretty flat out – it’s not as if they’ve got a bunch of players we don’t know. Their guys have been in the league for a long time, and they’re players that I think everyone’s familiar with. They’re players that have gotten a really good opportunity and have taken advantage of it. They’ve built something strong there. They’ve obviously earned the right to get in the playoffs as a number one seed, and I don’t think it’s any different than playing Anaheim or San Jose. I think we’re well-versed on what their team is and what they’re capable of, and we’ve got a lot of respect for the year they’ve had, and we need to be ready for them.

On how “catalysts” such as Jonathan Quick and Marc-Andre Fleury have found postseason success:
Well, they’re both really talented guys, and I think they’re really ultra-competitive guys, so I think when you combine those two things, you’re going to get goalies that are capable of great performances and being difference-makers in series. They both won multiple Cups. They’ve both got a ton of experience in the league. They’re both athletic guys, and I don’t know Fleury that well, but everything I’ve seen, I think Jonny and Fleury are both really good teammates. They’ve got a lot of the same attributes. I think when you have a goalie that’s a really good teammate, you have a team that plays really hard for them, and it certainly seems like that’s the case for both of those guys.