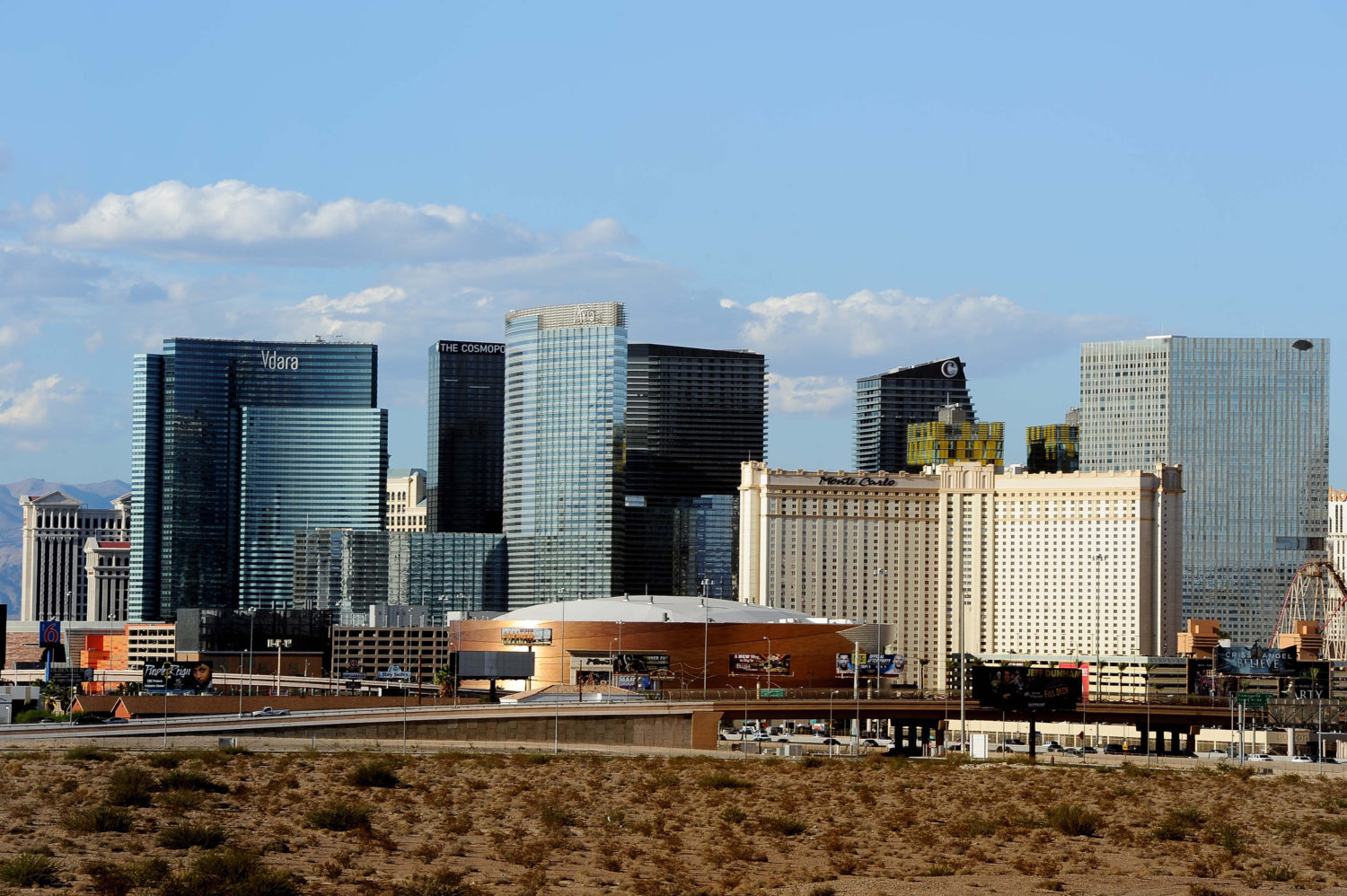 -The Kings practiced at 10:00 Monday morning at Toyota Sports Center and remained on the ice for the better part of an hour. Pay only moderate attention to this alignment: Iafallo-Kopitar-Brown, Rieder-Carter-Toffoli, Pearson-Kempe-Brodzinski, Clifford-Amadio-Mitchell-Andreoff; Fantenberg-Doughty, Martinez-Folin, Phaneuf-LaDue, Muzzin-Gravel-Brickley. Sheldon Rempal is back at Clarkson to finish up the year. Trevor Lewis and Nate Thompson took personal days. (Congrats, Lewis Family!) It’s not too hard to imagine Lewis in Brodzinski’s spot alongside Tanner Pearson and Adrian Kempe; Thompson would likely be an option in some assortment with Clifford and Amadio or Mitchell when the series opens. The #LAKingsGoalieTweetOff is not a thing in the playoffs. Jonny Stoppucks is 46-35 all-time in his playoff career with a 2.27 goals-against average, and .921 save percentage and nine shutouts over 81 appearances, all starts.

-The Golden Knights are nearing full health. There are still questions about David Perron, who took the ice Monday but skated as an extra. They aligned with forward groups of Marchessault-Karlsson-Smith, Neal-Haula-Tuch, Tatar-Eakin-Carpenter, Nosek-Bellemare-Carrier and Perron-Lindberg-Reaves. Pairings were McNabb-Schmidt, Theodore-Engelland, Merrill-Miller and Sbisa-Hunt. Sbisa was a full participant, but deemed himself day-to-day, per Jesse Granger of the Las Vegas Sun.

Gallant on if David Perron will play Wednesday. (he was a full participant at practice today)

"I don’t know. Like I told you two weeks ago, everybody is ready to go and we’ll see where it goes. It’s good to see him out there and we’ll see how it goes the next couple days."

-If you’re out of the FOX Sports West footprint, calling the game on NBC will be Chris Cuthbert and Ray Ferraro. This is excellent news. Also excellent: Ralph Strangis will be calling Game 1 on Westwood One radio.

Here are the @NHLonNBCSports PXP teams for opening playoff round Game 1s: pic.twitter.com/hCN1onDa8J

-More good news: Bellagio Patisserie has created a life-size Marc-Andre Fleury statue made out of chocolate.

-Dustin Brown, on trying to limit the intensity of a building that has been bursting with energy (and has catalyzed a 29-10-2 home record): “The key is early on in the game, you get whistles. Slow the game down. Try to take the momentum out of the game a little bit. Let’s be honest, as a player, it’s fun playing in a loud building. When there’s something really loud, a loud building, you can shut them up – it can go the other way, too, because hearing it so loud and then hearing it quiet down real quick can bring momentum from the away team. There are things you can do, but ultimately you have to be prepared to make plays in big moments, and this time of the year, every play is a big play. It’s the little things that can kind of quiet a crowd down. Just grind.”

-While there are eight players on the Kings who have won two Stanley Cups and another three who have won one, there are also another seven skaters, plus back-up goalie Jack Campbell, who have the opportunity to play in their very first Stanley Cup Playoff game. Some of those players have ample postseason experience at other levels – Kevin Gravel, Derek Forbort, Adrian Kempe and Campbell have won Calder Cups – but there will be perhaps an eye-opening experience for several players who don’t have the same postseason experience as, say, Dustin Brown.

“I’m really excited, obviously,” Toby Rieder said. “That’s what you play for the whole season, and now it’s finally here. I’ve been waiting for it for a while, so I’m pretty excited.”

Rieder’s first NHL playoff game comes after 312 regular season games, the first 292 of which were spent with the Arizona Coyotes. He is, though, among the players who has big game experience, having appeared in the World Junior Championships, the World Cup of Hockey and the Kitchener Rangers’ run to the Ontario Hockey League’s Western Conference Finals in 2012, a 16-game, 13-goal, 27-point sprint.

It may have been played in late September and early August, but the World Cup provided the best playoff preview, “especially in the best-of-three series in the finals against Canada,” Rieder said. “I think that was a playoff-type atmosphere. Maybe I’m used to it a little bit.”

There’s still the unspoken understanding of the importance of the games and the ratcheted up focus and intensity that postseason hockey brings.

“There’s not really much to say,” Drew Doughty said. “You kind of get out there for the start of the game and you realize how much better the atmosphere is and just how much more it means. All the little things in the playoffs matter a lot more in the regular season when it comes down to blocking shots, just throwing pucks at the net. A lot of crappy goals go in in playoffs – that’s just kind of how it is – so you’ve got to throw pucks at the net and a lot of lucky bounces happen. There’s not much we can say. Just have fun, enjoy the moment, but at the same time, do whatever it takes to get the job done. It’s going to take all those little things.”

Drew Doughty, on what the back-to-back wins over Vegas meant for the Kings’ direction:
I don’t even remember that. That’s a long time ago already. I know we’re not thinking about those two games. We’re just thinking about the opportunity in front of us, and I know they’re not thinking about it, either. Really, that has no impact on this series. I think it’s a whole new thing. We’re starting rfresh here, and either team can win. [Reporter: Were they important at all – that point of the season, just to galvanize momentum, get things going?] I don’t know. Maybe we wouldn’t have been in the playoffs, I guess, if we didn’t win those two games, so definitely they’re important in that way. Head-to-head, I guess we know we can beat them, but there was never a thought that we couldn’t beat them, so really I don’t think it made a big difference.

Jake Muzzin, on what is emphasized for younger players getting their first taste of playoff hockey:
Just the importance of every shift, every play, every game. Every little play goes along way in a series. You’re trying to wear them down physically, mentally, so every little hit, hold up, frustration, blah blah blah sets in. You’re trying to wear them down to win four games. It’s the best time of the year, it’s the most exciting time of the year. This is what you work all year for, to get to this position. We’re excited in here about our chances. We feel like we have a good team, and if we play the way we’re capable of playing, we can make some noise.

Tobias Rieder, on preparing for the intensity of playoff hockey:
We had a couple playoff-type games at the end of the regular season, so I think I kind of know what to expect, but obviously I’ve never been in a playoff game, so I don’t, really. From watching it on TV, there’s a high intensity. Like I said, I’m really excited for it.

Rieder, on when the late-season focus became apparent after joining the Kings:
Right when I got here we were talking about controlling our own destiny and making a push for the playoffs. What I think that really helped was the two back-to-back games against Vegas. They’d been the division leader that time as well, and we knew we had to get points out of those games, and I felt that’s when it really started.

Alex Iafallo, on whether last year’s NCAA championship game prepares him for the NHL playoffs:
Yeah, just the mindset, and obviously it’s not the same as Stanley Cup Playoffs, but I’m ecited for the new expeirnec. Just keep your head straight, prepare every day. I’m very excited for it.