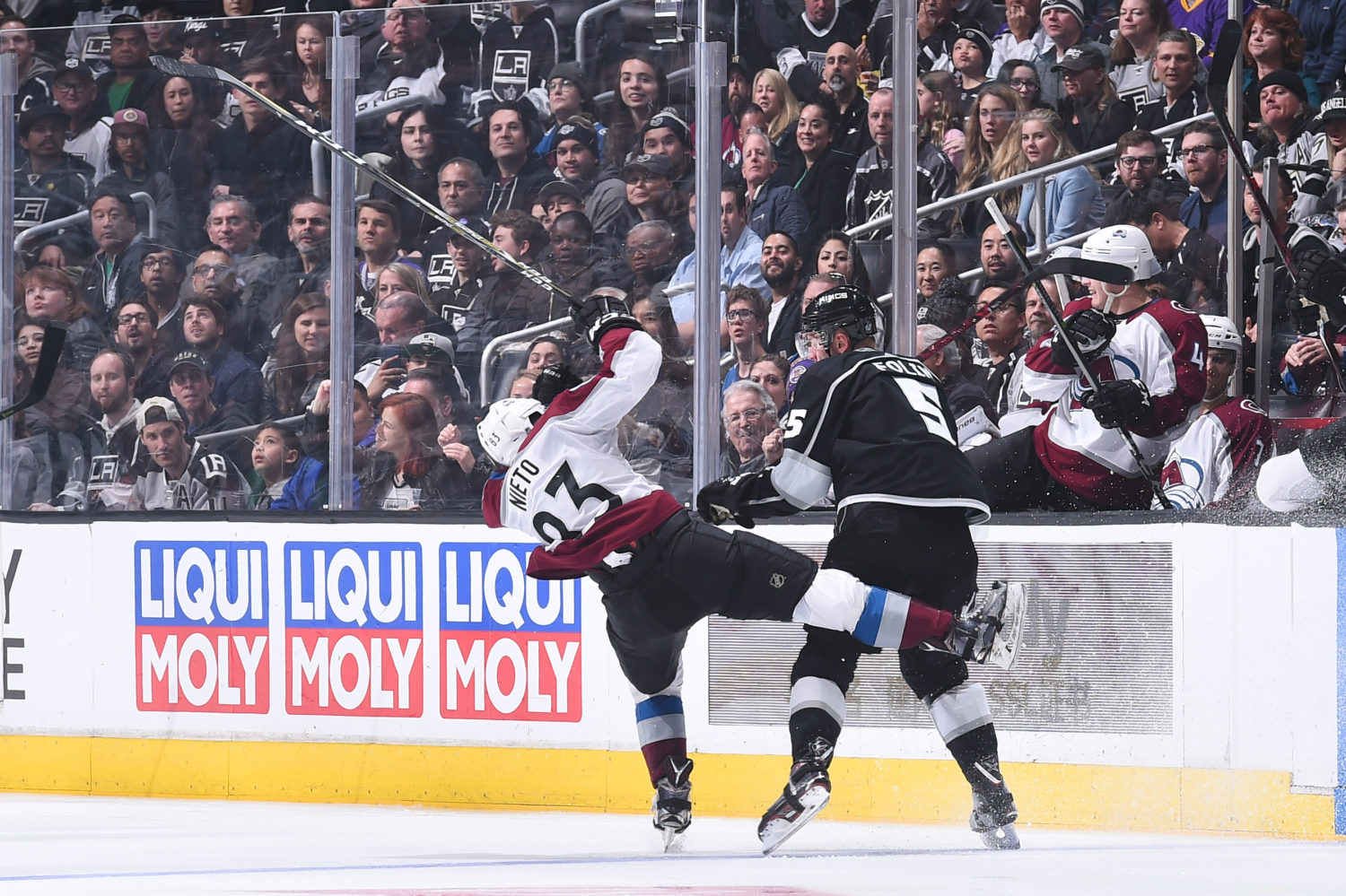 On whether the game was a good representation of getting contributions up and down the lineup:
This time of the year, Colorado, I think they’re a really tough opponent, and I think you see what guys are willing to do this time of the year and emotionally invested in a game. You get a great game out of your goaltender, Dion set the tone early standing up for his teammates, and you had Cliffy scoring a big goal, you got Folin and Rieder jumping in front of pucks there late. I mean, t hose are the types of things that you need from your hockey team. I thought everybody was willing to dig in when the game mattered, and we all know the enormity of this game from both teams. We knew it was going to take a second and third effort on a lot of plays to get it done, so it was good to see the guys emotionally invested the way they were.

On limiting a good rush team and Nathan MacKinnon’s line:
If you look at that team, their second period scoring, I think it’s like 90 to 90, so they ramp it up really good in the second. I thought we did a good job – both teams were a little waiting patiently, waiting each other out there early and making sure you weren’t giving up anything, so I think the patience in the game plan was good. I thought the second period, we let their D skate a little bit too much didn’t spend enough time in the zone, but I thought in the third period our checking in the neutral zone was a lot better. Didn’t allow their speed to come in our zone as much as it did in the second and it allowed us to generate more time in the offensive zone. They’re a good rush team. They do it the right way. They don’t just stand at the far blue line. They come underneath with speed. Their defense are a big part of the rush, and it takes a group effort to try and keep the puck out of your zone with a possession entry.

On being very close to qualifying for the playoffs:
I think we’re all excited about the fact that we’re in this fight and we can control our own destiny. We’ve had that approach all along here, so we’re looking at each game as it comes. We haven’t looked too far ahead and I think we’ve done a really good job. We’ve had games where you go back to the St. Louis game, it was really disappointing, and I thought our guys handled it the right way. This is an exciting game for us in terms of getting two points, but we’re going to park it and get ready for Minnesota. The fight is far from over. I just think the group has done a really good job of focusing on the game at hand, just like we would in a playoff situation. Take one game for what it is – one game – and then get ready for the next one.

On playing nearly the entire game with five defensemen:
It was tough. I was saying after the game we’re not sure if we’ve seen Drew Doughty play the left side before, and as good as he is, I’m sure we haven’t had to put him in that situation. But you ask big minutes out of those guys to dig in and play with different partners, possible play the wrong side, different match-ups than you’re accustomed to, so I thought those guys did a really good job of digging in, controlling their shift length, and I thought that effort out of the back end in terms of how far they dug in and how hard they competed was excellent.

On Alec Martinez’s 32:11 of ice time:
Is that it? [Reporter: Yeah, that was his time on ice, 32:11] We’re trying to get Marty in shape for the playoffs. Yeah, Marty’s one of your best trained guys and he’s a real competitor, and in games like this we’ve seen it before where a guy goes down that early like Derek did, somebody’s going to have to step up and take some of those minutes. Marty, he’s always one of the top-trained guys every year, so I’m not surprised he can handle it.

On the importance of scoring the first goal, given the team’s checking reputation:
Well, you look at the history of this season with this group, it really hasn’t been that important, because we’ve had the ability to come back pretty close to 20 games, but I think we all know that you get that first break on net with a team that played last night, and I’ve always said that it’s harder to play from behind. I thought it was important that we got off to a good start. I thought the first period we had a good start, I thought we got our heels a little bit, and even that PK, I thought we had it killed. But anytime you can play with the lead, especially this time of the year, I think it’s going to help your chances of winning hockey games.