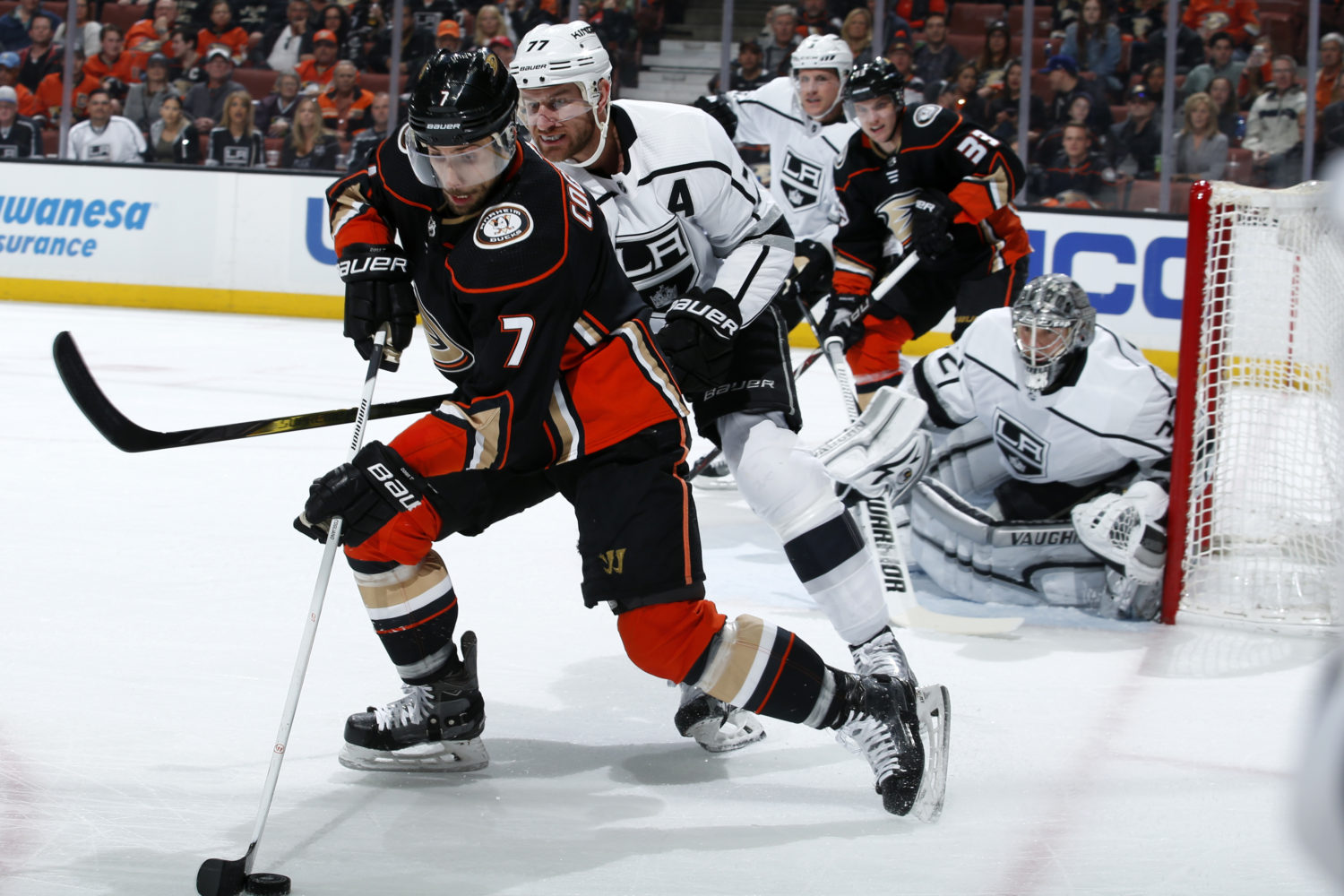 On the overtime loss:
I think at the end of the day it’s going to be a big point, but I think we’re going to leave here thinking we should’ve had two. We gave ourselves a chance to win a hockey game on a back-to-back against a tough team in here. I think we got a push from lots of our lineup. We had lots of our lineup that could’ve given us a little bit more. Games like this that are so tight are emotional, hard games. We talked about it before – we need everybody going and everybody committed to the little things in a hockey game. It’s a big point, but we need two points this time of the year. We’ll take the point, but we’ve got to leave here being a little dissatisfied we didn’t get the two points.

On personnel challenges and what he was looking for from young players and the adjusted lineup:
I think our leaders have done a good job all year pointing us in the right direction. I would’ve liked to have seen some better wall play from our group here. I think it led to too much time in our zone, not enough time in theirs. I thought our defense as a group played hard tonight, defended well. I think Paulie came in in a situation and gave us some really solid minutes. We can get more from the middle of our lineup to push the guys in front and pull the guys behind them. Guys like Paulie and gave us a solid game, and a guy like Amadio came back in in a tough environment. I thought he gave us a really solid performance, but we can’t have anything less. We have young guys this time of the year that need to take advantage of an opportunity to play and help the hockey team, and we need young guys that aren’t young guys anymore to take advantage of a situation to provide some leadership.

On whether the single point helps, considering the Kings are in a “really good” position:
I don’t know if we feel really good, we feel really good that we control our own destiny, and we’ve said that all along. We don’t need to scoreboard watch if we take care of our own business, so the most important team in the playoff race right now is the Los Angeles Kings, and we need to continue to approach it that way.

On Jonathan Quick getting the Kings through the “early” part of the game:
I’m not sure what you’re asking. Shots were 6-6 there. It’s a team game, and if you’re going to win this time of year, you need to get great goaltending, and we’ve gotten solid goaltending from everybody, but it’s a team effort, and I thought our guys played hard. The early part of the game was probably the better part of the game for us.

On how the intensity of the game compared to other Kings-Ducks games:
I mean, it’s a playoff game, right? Any time there are big stakes in anything, I think the intensity goes up. They’ve got a good hockey team. They check well, they don’t give up a lot, they certainly don’t give up much on the rush, and they’re pretty solid on the opposition. It’s a good, hard-fought battle. I think every game this year has been tight. Most of them end up going to extra frames, which is not surprising, and I think you’ve got some really good competitors on both sides of the red line there. The rivalry is certainly strong because there’s a lot at stake, and when you’re standing in each other’s way, that’s usually what happens. So, two good hockey teams that I thought played hard tonight.