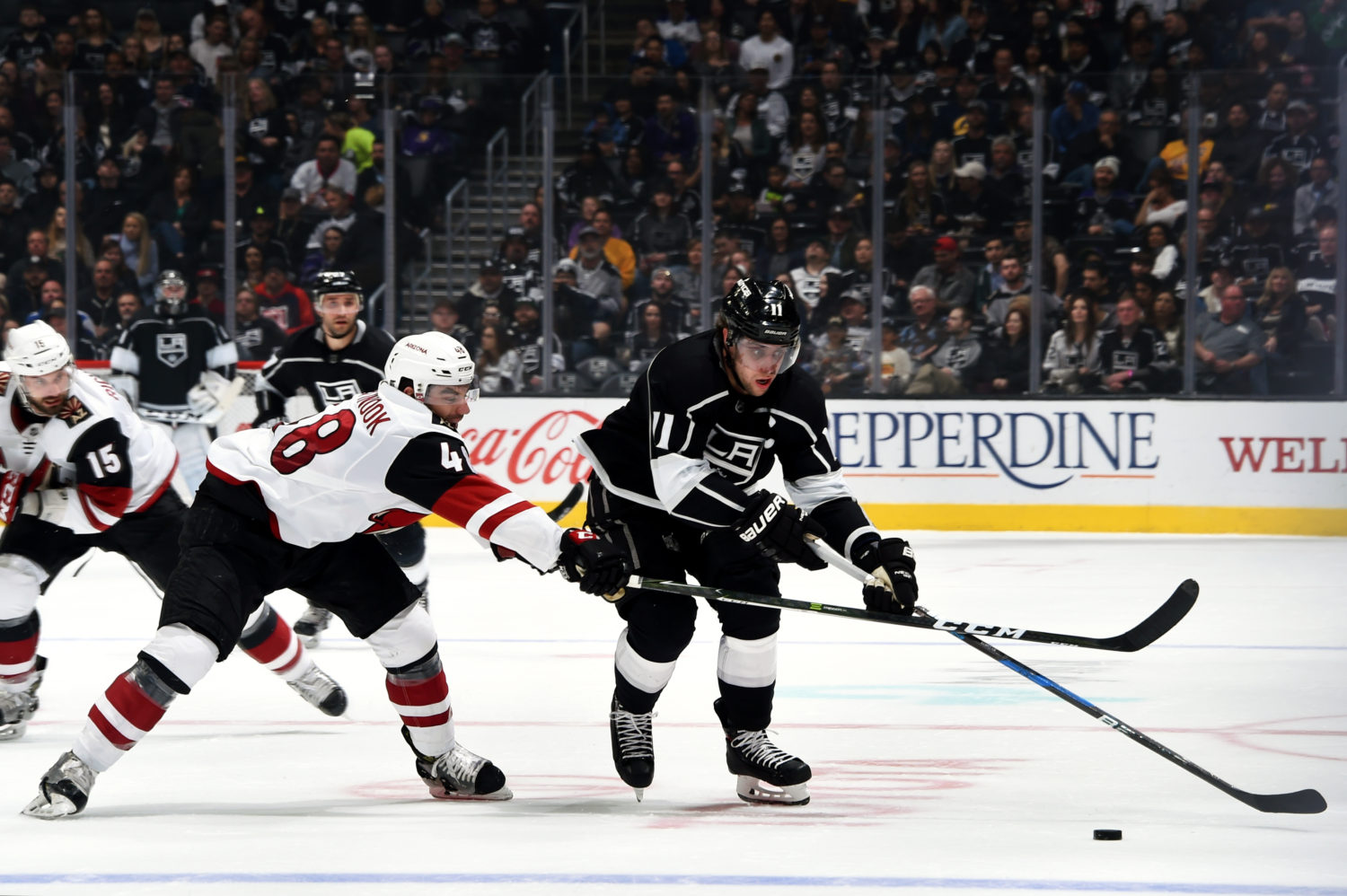 -With the win, Los Angeles improved to 89-101-36 all-time against the Arizona franchise, a record that includes a home mark of 49-46-17. The Kings won the season series with the Coyotes for the first time since 2014-15, going 2-0-2. After having lost five straight at home against Arizona (0-3-2), Los Angeles has now won two straight in regulation on home ice in the series.

-Jeff Carter (3-0=3) tallied his third multi-goal game in the last nine games and his sixth career hat-trick (last: March 4, 2013 vs. Nashville). He has 13 goals on the season, all of which have come in the 17 games since he returned from injury. Since his February 24 return, he ranks second in the NHL in goals. Playing in his 900th career game and his 400th game as a King, he extended his point streak to a season-long four games. His hat trick was the 190th hat trick in Los Angeles history.

– The Kings have killed off 30 of 31 penalties since the Chicago game on March 3, including a string of 19 successful kills over the last seven games. They lead the league with an 85.0% penalty killing percentage.

The Kings are scheduled to practice at 10:00 a.m. at Toyota Sports Center on Friday, March 30 before busing down to Anaheim.