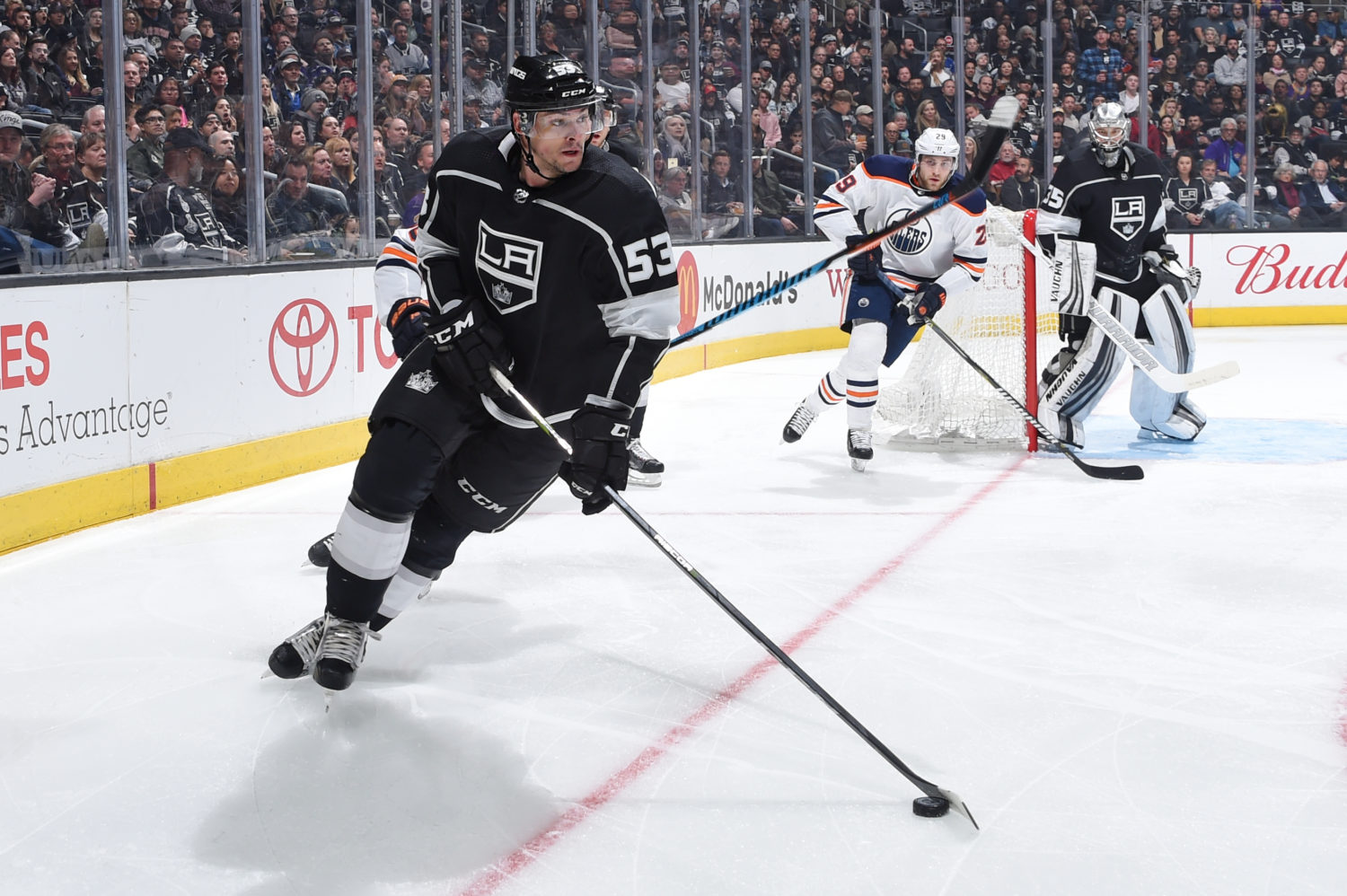 After a scheduled day off that ended a breakneck 11-in-19 stretch, the LA Kings reconvened on the Toyota Sports Center ice Wednesday morning minus one of their defensive bulwarks. Jake Muzzin, who suffered an upper-body injury as the result of an awkward hit along the boards from Calgary’s Micheal Ferland on Monday night, did not skate and is deemed “week-to-week,” per Kings hockey operations.

Skating in his place alongside Christian Folin at practice Wednesday was Kevin Gravel, the versatile and capable puck-mover who has added some appreciated firmness to his game but hasn’t played since February 7 because of a healthy Los Angeles blue line that had a pool of eight available bodies.

“It’s not easy being out of the lineup for that long,” Gravel said. “It’s hard to simulate a game. You can’t really replace a game. Obviously things happen out there that you can’t really mimic in practice. But … you just try your best to just stay sharp both physically and mentally because you never know what’s going to happen. Obviously a guy can come out at any time, or you can get put in at any time. It’s a big opportunity, and whoever gets the nod to go is going to have to be ready, and I think we will.”

Gravel has three assists in 14 games this season, and while his CF%Rel is in the red, his shots-for percentage is an even 50% and his scoring chance-for percentage is 53.2% among his 177:28 of five-on-five ice time, according to Natural Stat Trick. There is no clear slant in his zone starts.

“We’ve had a left and a righty here, depending on the need all along,” John Stevens said of Gravel and Paul LaDue. “They’re totally abreast of any changes we’ve made, corrections, team game.”

Stevens also articulated the rehabilitation process with Muzzin, who had averaged 21:50 of ice time per game before Monday’s injury and has eight goals and 42 points in 74 games this season.

“We’ll see how he responds. Sometimes those things can turn in a hurry, but he’s not going to be available for the next couple games coming up,” he said. 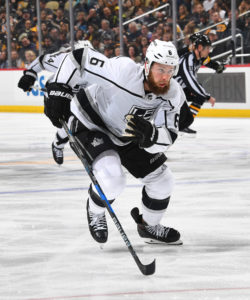 “He’s not skating, obviously, but he can continue to keep his legs and do stuff off the ice and treat what’s going on there, so as soon as we’re able to get him back on the ice, I think it’s important to keep his legs, just like we tried to do with Lewie. But, he’s here, he’s getting treatment every day, he’ll be able to do as much as he can upstairs.”

With an average of over two minutes per game on both the power play and the penalty kill, Muzzin’s absence will be felt in a variety of situations. At Wednesday’s practice, Dion Phaneuf moved up to the top power play to play with Drew Doughty, while Gravel slid into Phaneuf’s spot alongside Alec Martinez on the second unit.

“I mean, you’ve got a guy that plays in all situations, but we’ve had Kevin and Paulie here practicing all along. They’ve played some really good hockey for us,” Stevens said. “We’ve had that ‘next-man-up’ mentality all year. We’ve told these kids to make sure they’re playing and practicing hard and staying ready, so when the opportunity comes, they’re going to be ready. They’re excited for the opportunity and will get a chance to play in some important games.”

Los Angeles opens up a back-to-back Thursday at home against Arizona before traveling to Anaheim on Friday night. They’ll face Colorado, Minnesota and Dallas at home next week to close out the regular season schedule. 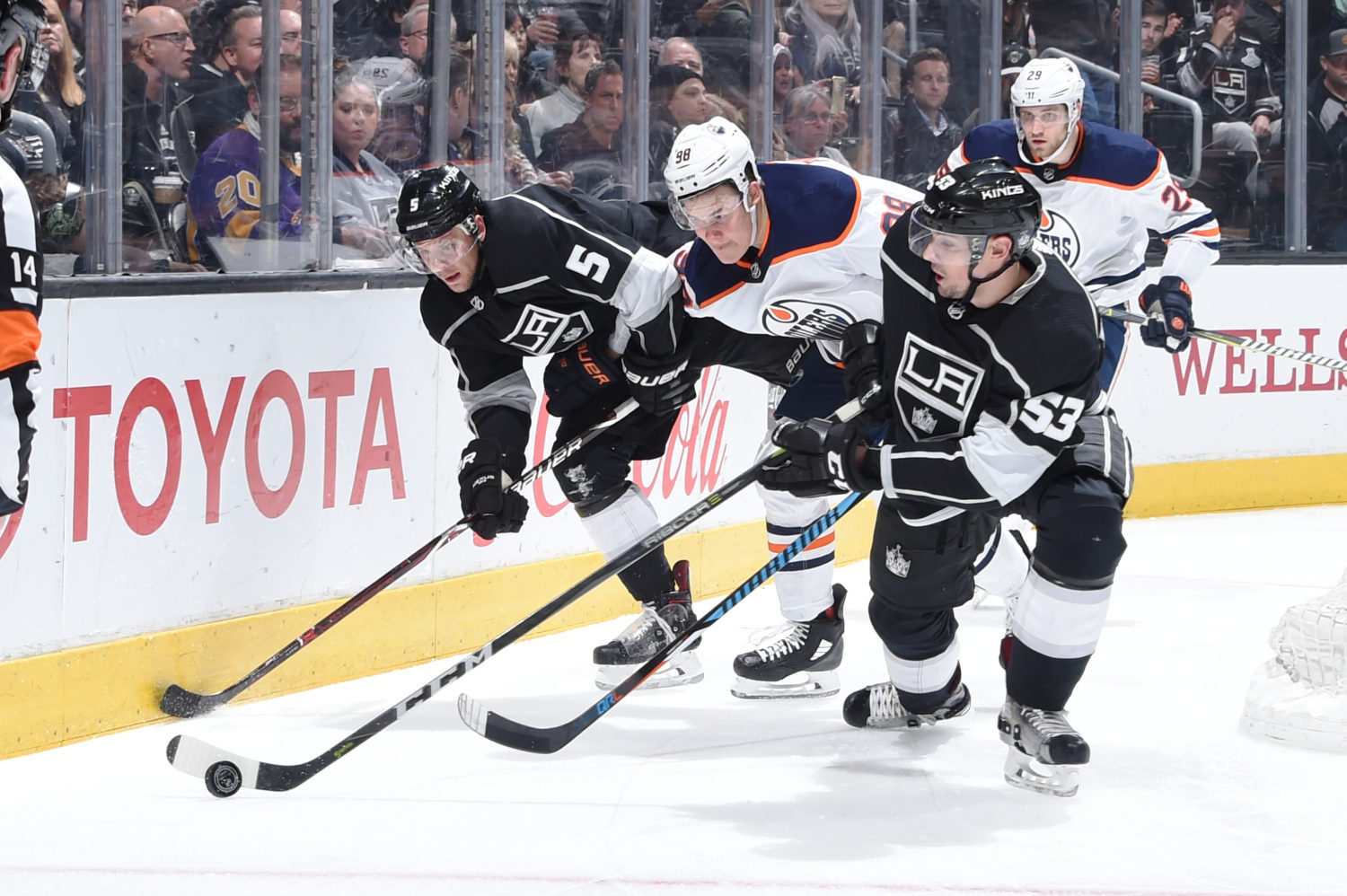