Stevens on Kopitar, Edmonton, rebounding from the New Jersey game 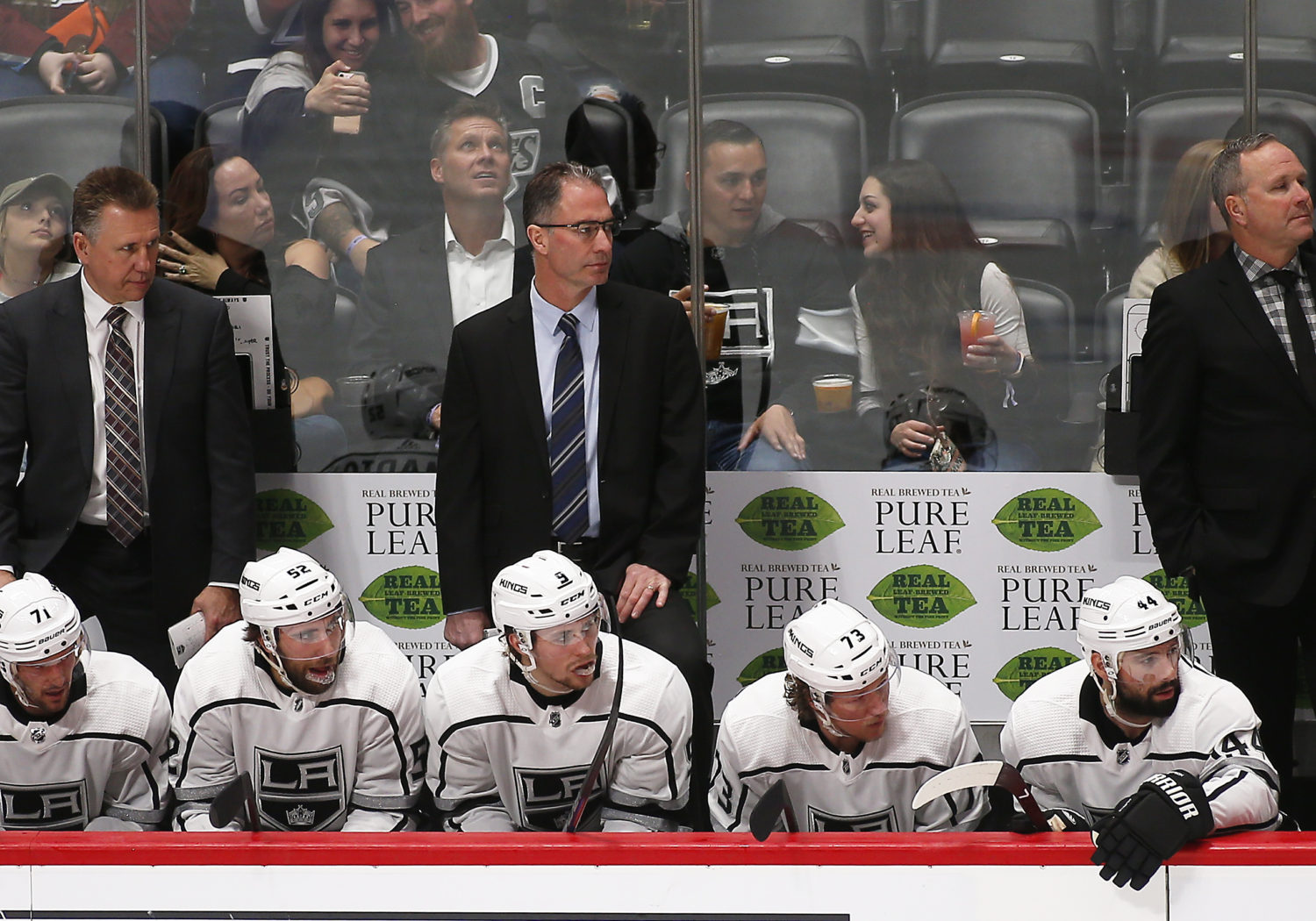 On the roll Anze Kopitar is on and how he’s lifted the team:
To be honest with you, you can go right back to when he returned from Europe at the end of the summer. I think he came in to be ready to go. I thought he had a great training camp, and he’s really been a leader on hour hockey team all year. As the year’s progressed, he’s taken more and more responsibility. The other night, I know he had four goals, so it brings a lot of attention to his game because of the four goals he had, but he’s really been doing those types of things for us all year. He’s been asked to play against the top guys every night, he’s been asked to kill penalties, he’s been asked to lead us on the power play, he’s been asked to shut down games for us. He plays big, heavy minutes every night and he’s been not only our best offensive player, he’s been our best defensive player. It’s nice to see him get rewarded for his efforts, but when you look at the goals he had last game, they all came from typical Kopitar, right? Being on the right side of the puck, forecheck goal, D-zone coverage goal, turnover goals, power play goals. We want our leaders to represent the identity of our hockey team, and I think Kopi does it. [Reporter: Was it harder for him because Carter was out for so long, so he had to assume more, I guess, offensive responsibility because Carter wasn’t there?] To be honest with you, with Carts being out, he’s had to assume more defensive responsibility, and I think that’s a little bit what’s overlooked, and I think because of that he’s played maybe a minute more than ideally we would’ve liked to this point, but I think at the same time it’s really given an opportunity for some young players to go. Kempe’s taken great strides in what he’s been asked to do. If you look at what he’s done for a kid like Iafallo and a young kid that’s come in and really been a productive player for us. Amadio’s coming along now. It’s really a bonus for us as coaches when we have young players, and we have the Kopitars and the Carters and the Browns to look to and the Doughtys to try to teach the young players how to play the game the right way. The absence of Jeff had been tough, but I think in hindsight it’s really allowed a lot of our young players to grow and to really be able to help us at this time of the year.

On the challenges presented by Edmonton:
They’re obviously coming off a big trip where they’ve played very well the last couple games. They’ve been a good team here as of late. We always consider them a really dangerous team. I think they’re extremely well coached. I think they’ve got a solid D corps and they’ve got one of, if not the best, offensive player in the world. Because of McDavid, you forget about Nugent-Hopkins and Draisaitl and some of these other guys. They’re a good team that plays hard that can really make you pay if you don’t pay attention to detail, so just like we’ve done all along here, we’re going to have t be ready as a group because we’re on the road. We need everybody to be ready to play the game the right way and make sure we’re on the right side of the puck because they have a team that can get going the other way in a hurry.

On the team’s ability to rebound after the New Jersey game:
You know, the St. Louis game, I think we look at the schedule and the way things stack up, it’s so busy, and it’s so demanding on the athletes that you’re going to have games where it’s not just one guy. When you see your team is not quite there, there’s a little bit of fatigue maybe setting in and sometimes that’s mental fatigue. The Jersey game, we actually thought we had a great start in that hockey game. We only gave up, I think it was four shots in the first period in that game and found ourselves down. We had a turnover on a power play early in that game that ended up in our net. We liked the way we play, we thought the guys preparation in terms of being ready to play the game the right way was outstanding. We just had some self-inflicted wounds in that game that ended up costing us and mismanaged the puck a few times, and it ended up costing us. But in terms of the intention to play the game the right way, and that’s been our focus, it’s just coming to the rink every day and being prepared and focusing on playing the game the right way. You don’t always get the results you want, but if you’re prepared and actually intending to the right thing, you’re not always going to win, but lots of times you will, and that was our whole focus leaving that game. We did like the way we started that game, but we just didn’t like the way we managed the puck in that game, and I thought the guys had been really good about being honest this year. Let’s be honest. Let’s not pat ourselves on the back when we shouldn’t. Let’s recognize the things we’ve done well and the things we haven’t, and sometimes you play well and lose, and sometimes you don’t play well and win. I think it’s just as important in those situations, even though you win games, let’s be honest about there’s areas we need to get better in, and I think it was no different in that situation.