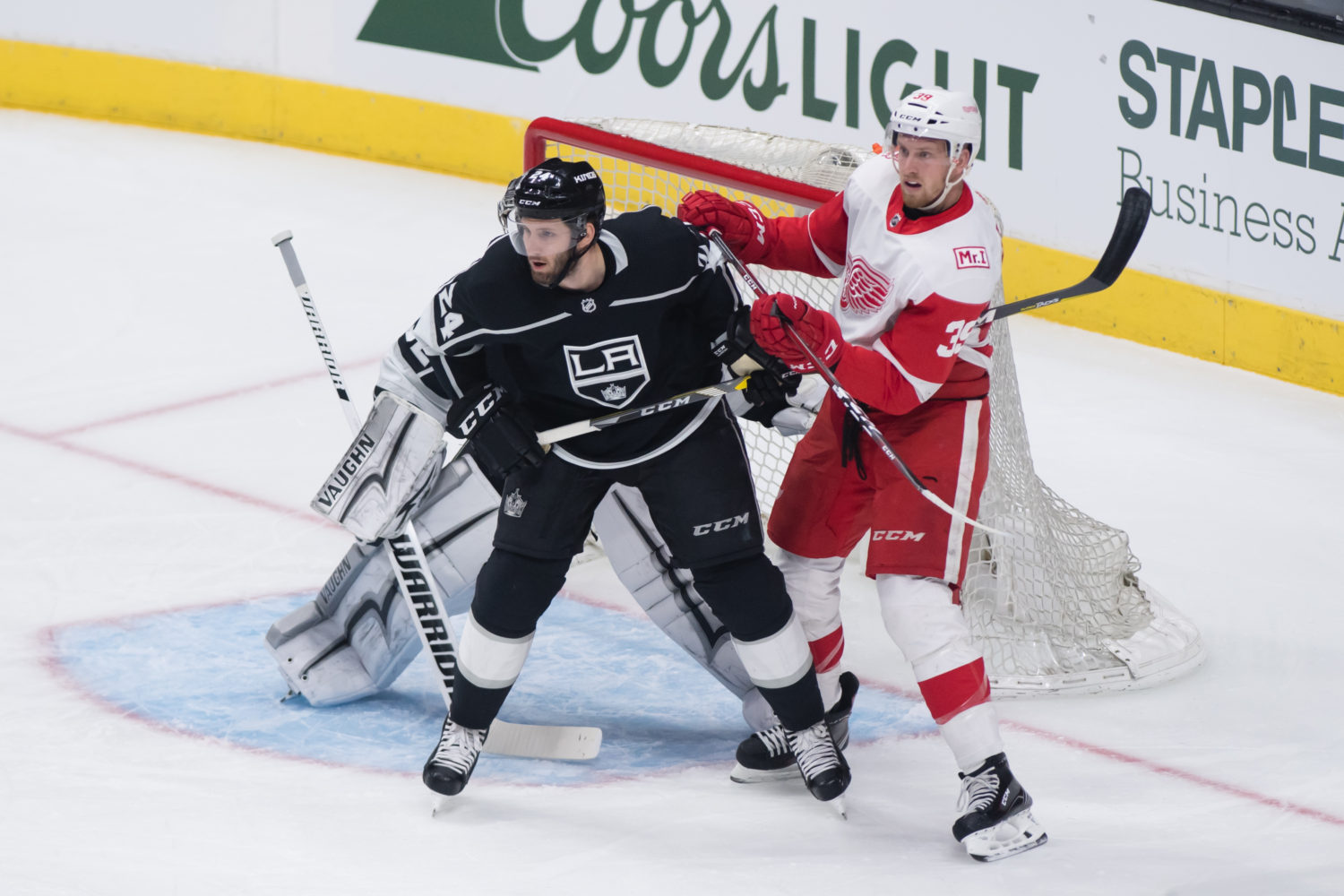 On Colorado’s dangerous top line:
We’ve just got to be aware of when they’re on the ice. I think MacKinnon’s got a game that can beat you in a lot of different ways. He’s a powerfully explosive guy. He’s good on the rush, he’s really good down low, he can make plays, he can shoot to score, so that might be the best line in the league right now. … So they’re definitely a concern. Lately, he’s on quite a tear. I think he’s got 26 points in his last 13 games, and Barrie’s got 15 points in his last 10 games or so. Rantanen’s got almost two points a game, so they’ve carried the load offensively and I think their team works extremely hard. Their team game is really good, but they really lead the way offensively. But, I think this team is extremely committed without the puck, and that would include those guys. We’ve got a job to do when they’re on the ice.

On why Los Angeles has been a good road team, and if they play a different game on the road:
I don’t think we do. There’s a lot of conversation why first periods versus third periods. The positive thing is I would say that we wear teams down, we stick with the game plan. By the third period we’ve taken over a lot of games. But, we certainly want to get off on the right foot on the road. I think when you’re on the road, you make sure you’re ready because you know the other team’s going to start really well in their building. But we’ve had a lot of success on the road early this year. We had a big trip early in the year that I think gave us confidence on the road. I think we’ve taken the stance where we really trust our team, and we need all four lines. We’ve put guys in situations where we’re going to trust their team game, and it’s really paid off for us.

On the proposal to assign goaltender interference calls to the situation room in Toronto:
The problem we have, and I think the reason they’re leaning in that direction is we maybe played a game last night and a call went one way, we have a game the very next night, a totally different referee crew, a very similar situation where they use the criteria to send it one way and it goes the other way the next night, whereas the people in Toronto, one, they’re removed from the emotion of the game, and two, they’ve seen every play every night so the reference point we have – the referee making the call, he doesn’t have. So, I think they’re just looking for some consistency in that situation with the input of the referee, and again, what I think they’re trying to do is look at it in full speed and not try and micromanage the situation. If it’s clearly goalie interference, then make the call. If it’s just some kind of incidental contact, it’s a good goal, then make that call, too. But I think we really want to get this in order before the games are big now and the playoffs come around, and we’re going to have a situation in the playoffs which could cost a series or a critical time of the game where one game goes one way or the other like it did years ago with the toe in the blue paint. I mean, I think we’re taking steps to just get the right call. [Reporter: Is it a step in the right direction, do you think?] I do. We just want the right call, right? The games are hard this time of year, it’s a real tough environment around the net, there has to be contact. The goalie still has to be able to do his job in the blue paint, but let’s not micromanage what’s going on in the blue paint here to try and find a reason not to allow a goal. That would be my stance on it.

On Derek Forbort’s mental growth and hardness during a physically taxing stretch:
Well, I think the biggest thing with young players you want is to understand how hard the game is and how deep you have to go into it. So, you may go out there and work hard, but it’s a whole other thing to compete in situations when you’re tired, maybe you traveled tired, long shift, game on the line. He got a skate across the side of the net the other night. That’s probably painful to deal with, but he just kind of shook it off and keeps playing the same way. He does the little things that are tough to do and pays the price to keep the puck out of his net, but that I think comes from experience. He’s really learned how to compete at a higher level than he probably did as a young player.