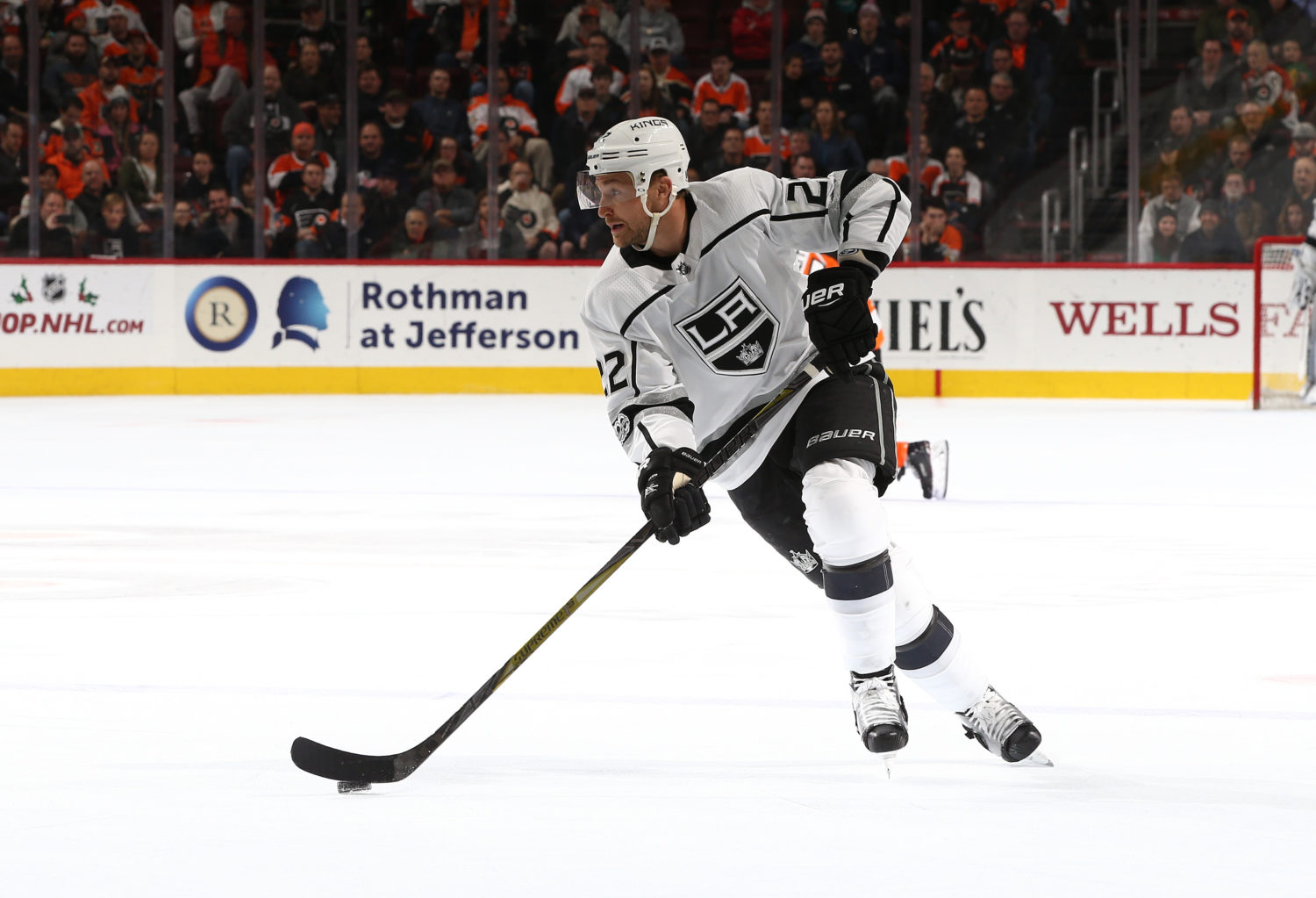 Trevor Lewis suffered an upper-body injury during the first period of Los Angeles’ 4-3 overtime win over Minnesota and did not return after his final shift 16 minutes into the first period. It was not clear where he had suffered the injury, and during the second period, the team shared that his return was “questionable.”

John Stevens did not have an update on Lewis when meeting with the media, though injury information is not regularly available in the immediate aftermath of games. More on Lewis will likely be learned Tuesday; Stevens is scheduled to meet with the media at 4:30 p.m CT.

Lewis had previously missed 12 consecutive games between February 10 and March 3 with an upper-body injury before returning to face Washington on March 8, representing the first time all season in which the Kings had a healthy and full assortment of players available. To date, Los Angeles has lost 153 man-games to injury.

The Kings narrowly avoided a serious injury when Derek Forbort’s right ear was cut by Zach Parise’s skate blade late in the first period. Forbort returned to the dressing room after the cut but returned to the game with gauze affixed to the top of his ear early in the second period and played 18:32 in the win.