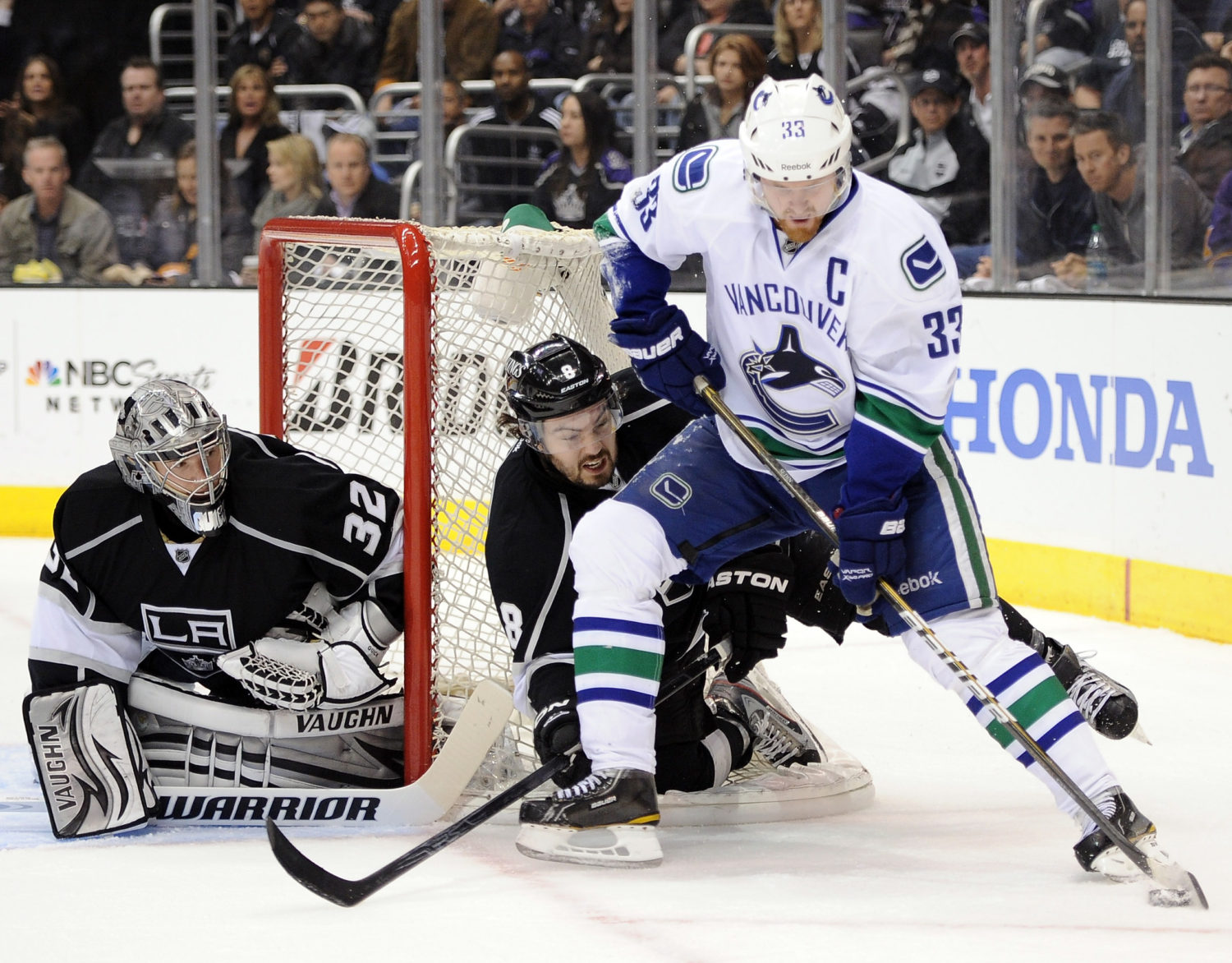 Adrian Kempe grew up in Kramfors, under an hour down the road from the city where he played junior hockey and cut his teeth professionally. Örnsköldsvik, Sweden, home of MODO Hockey, provided a wealth of opportunity for the forward who grew up well north of Stockholm in Sweden’s High Coast.

One of those opportunities was the ability to skate with Henrik and Daniel Sedin – both Örnsköldsvik natives – during late-summer training with MODO and before the NHL’s most recognizable set of twins would depart for the Pacific Northwest.

“There are a lot of good guys from back home that have been in the league for a long time that have been really successful, and the Sedins are two of them, for sure. They’re unreal players,” said Kempe, whose agent, Claes Elefalk of CAA, also represents the Sedins.

“They’ve been in the league for a long time. I just remember growing up watching them, and they’re really good players and obviously really, really smart and they like to find each other. I’m excited to play against those guys. They’ve been in the league for a really, really long time and they’re really good players. It’s fun, but we’ve just got to go out there and try to play them hard because we know how good they are with the puck and everything like that. Just try to make them play in their own zone.”

Tonight will be Kempe’s sixth career game against Vancouver. It will be Drew Doughty’s 41st, and that doesn’t include a pair of emotional playoff series waged between the teams in 2010 and 2012. It will be Henrik Sedin’s 69th career game against Los Angeles, and Daniel’s 66th. Both players will turn 38 in September and are eligible to become free agents on July 1. Neither has signed an extension.

Even though the two players are past the primes of peak Sedinery, when their power play and offensive zone wizardry lifted the Canucks to some of the greatest offensive highs of the current era and within one win of the 2011 Stanley Cup, they’re still highly intelligent figures and – dare we say, “fun?” – match-ups for other top players.

Doughty explained that the Sedins battle hard, even if they’re not exactly archetypes of physical authority. Instead, their speed, their craftiness, their ability to find open areas of the ice and, most of all their ability to see and read the game are what separates the two future Hall-of-Famers from other skilled offensive players.

When Doughty was asked about the league’s most impressive on-ice thinkers and cerebral players, he was quick to respond with “Ryan Getzlaf, the Sedins, obviously Crosby’s a good thinker.”

“A guy like Kane, Toews, those guys, they’re smart players,” he continued. “There are so many. I could like keep going on and on and on, but I think Ryan Getzlaf’s one of the smartest players I’ve ever seen play.”

Of course, one of the smartest players at reading the play – and one of the smoothest skaters of any generation – was Scott Niedermayer, a former teammate of Doughty’s at the 2010 Vancouver Games.

“I got to play with him at the Olympics my first year, and he’s a smart player, obviously. He was amazing. I don’t really play, I think, similar to him. I don’t have his skating abilities, but I really looked up to the way he did play the game.” 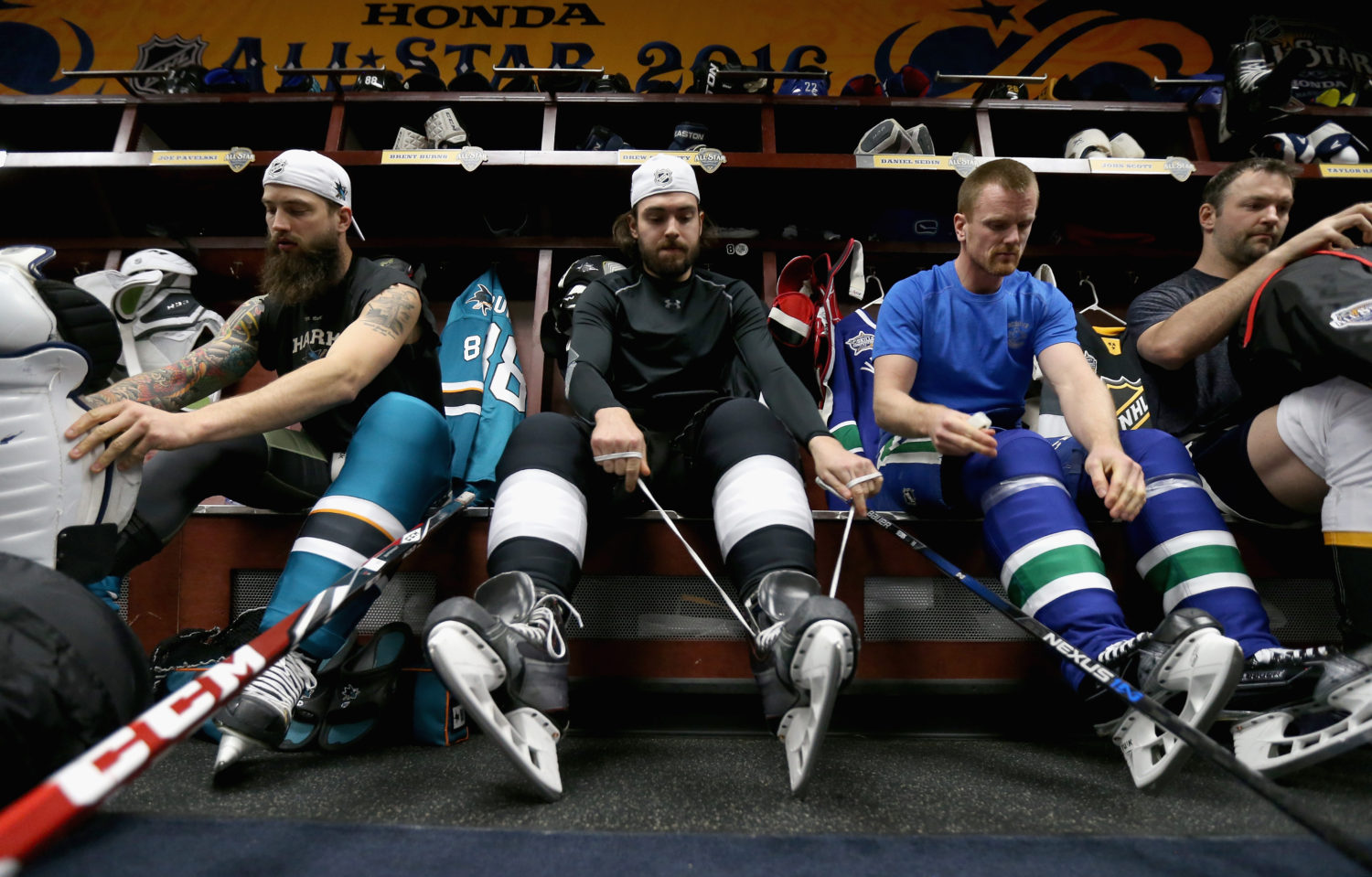