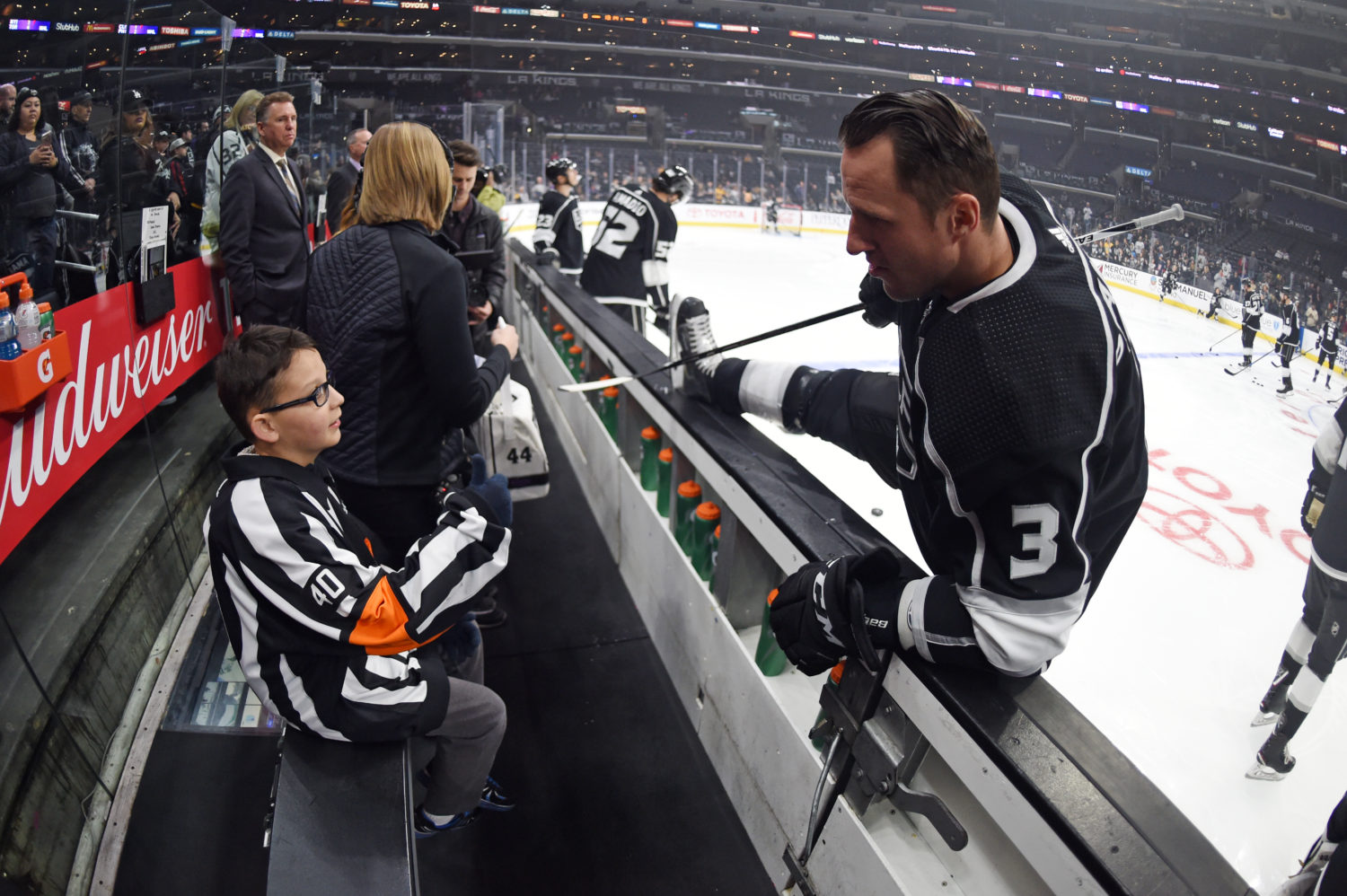 Good afternoon from Toyota Sports Center. Let’s get down to brass tacks. After a day in the weight and video rooms on Tuesday, the Kings returned to the ice with a high-energy session that began shortly before 10:00 a.m. and lasted for 45 minutes. The forwards’ alignment, via color coding:

-Dion Phaneuf was under the weather and remained at home. John Stevens learned his player was falling ill on Tuesday. “It came from Kinger (Head Athletic Trainer Chris Kingsley),” Stevens said. “He texted me yesterday afternoon that he wasn’t feeling well, and then he texted me again this morning and thought that it was best that he stayed home and rested and didn’t come into the rink today, so I’m certainly going to go by his recommendation there. He’s a tough guy, too, so if he was able to be here, he would’ve been.”

-Trevor Lewis (upper-body) is on the verge of a return; whether that will come Thursday against Washington will be learned at the morning skate. The Kings used four players in the group Lewis skated with on Thursday, so if he is unable to play against the Caps, it’s possible that Tobias Rieder could skate with Adrian Kempe and Michael Amadio.

-It didn’t take long for Alex Iafallo to demonstrate that he was an effective puck hound. Even in the preseason he snuffed out plays, he moved his feet, he got in on the forecheck, he created chaos in his opponents’ end of the ice.

Now, some 60-plus games into his rookie season, he’s also showing off some impressive finishing ability. With three goals on the last four shots he’s taken, he’s only one goal away from recording a 10-goal season as an NHL rookie.

“The puck’s just going in the net,” the 24-year-old said. “A lot of good plays out there. I’m just using my stick on the forecheck and calling for the puck and communicating more out there. That’s helping.”

His goal against Chicago on Saturday showed off a good array of his attributes. He provided pressure on Duncan Keith and picked off his intended pass towards David Kampf before striding to the slot and beating Anton Forsberg. It’s a good representation of the comfort he’s developed as an effective NHL player.

“It’s just kind of clicking now,” Iafallo said. “Going to the net, I think I’m just shooting a little harder and trying to look for the spot instead of gripping the stick too hard. Just stuff like that that makes it easier to get open and get a hard shot on net.”

Confidence has never been an issue.

“It’s always been there,” Iafallo said. “I just feel that early on in the season, I’m just gripping the stick. I’m a rookie in the NHL, and I want to do my best every shift and sometimes you grip the stick a little too hard. When I get the puck a couple times, it’s easier to realize where the net is and where I’m shooting and how hard I want the shot to be. Just lately I feel like I’ve been getting that experience and understanding when I get the puck I’ve got to settle down for a second at least and get the shot off the right way.”

It’s a development in his game that came through the encouragement to “bear down” in practice, as John Stevens described it.

“If you don’t score in practice, you’re probably not going to score in a game,” Stevens said. “He’s got good practice habits, he works hard in practice, he’s been really working on parts of his game to try and get better, and he’s well into his first rookie campaign. He’s got a lot of experience. He knows the league now, knows the schedule, knows what to expect, so he’s a young guy we’ll be counting on down the stretch.”

-The NHLPA released its 2017-18 players poll earlier today, with more than 500 players taking part. Several Kings/properties factored into the voting.

Jonathan Quick
Most difficult goaltender to score on (2nd / 12.1%)

Drew Doughty
Most difficult defenseman to play against (2nd / 20.4%)

Interestingly, the players voted Staples Center higher than any other non-Original Six team venue. It was also great to see the amount of respect that Peter Forsberg continues to generate among the current generation of players. After Wayne Gretzky, LAKI can’t recall seeing another more dominantly skilled player than Peter Forsberg at the height of his and the Avalanche’s success.

-A preview of Thursday’s game, via Mike Vogel of WashingtonCaps.com. 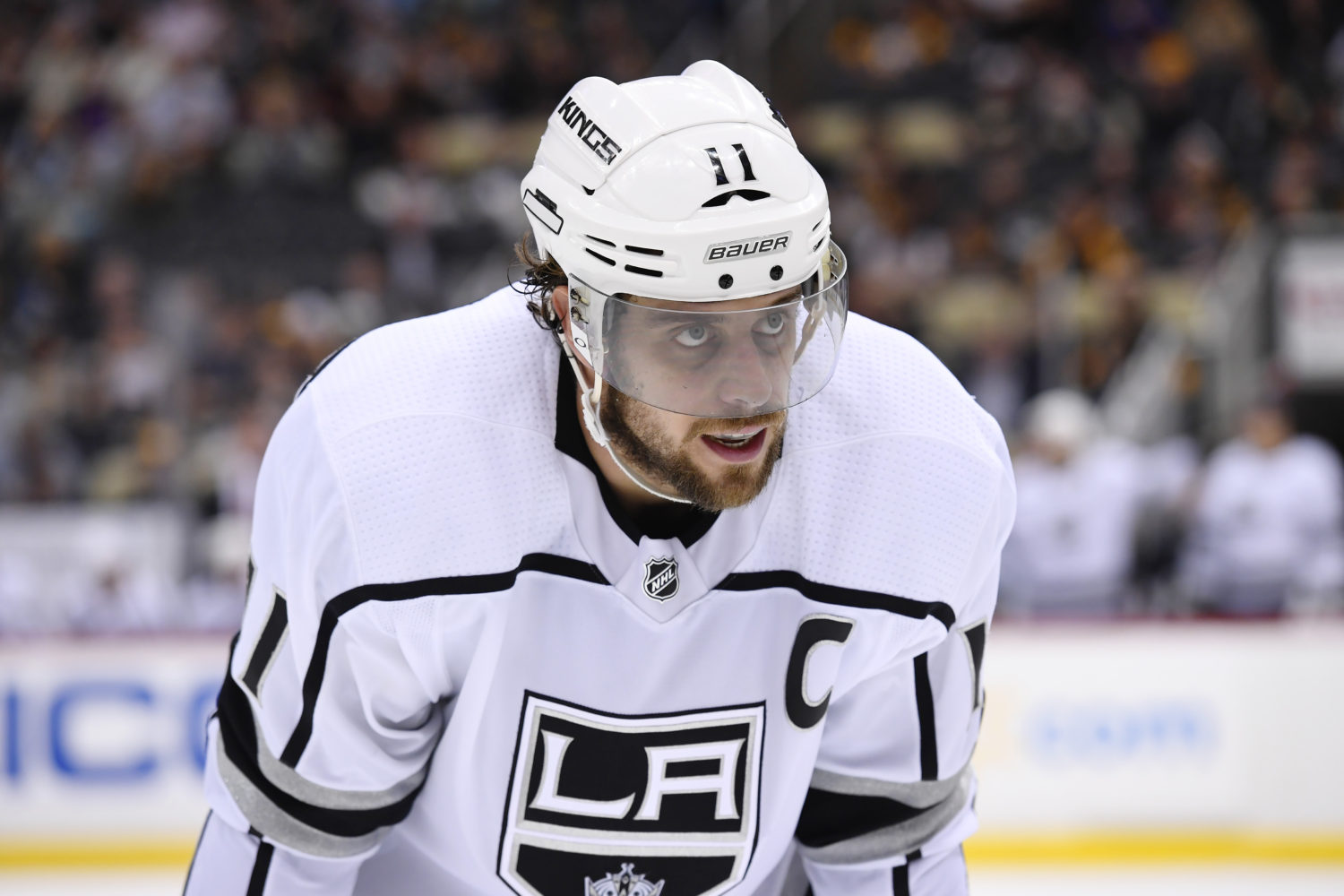