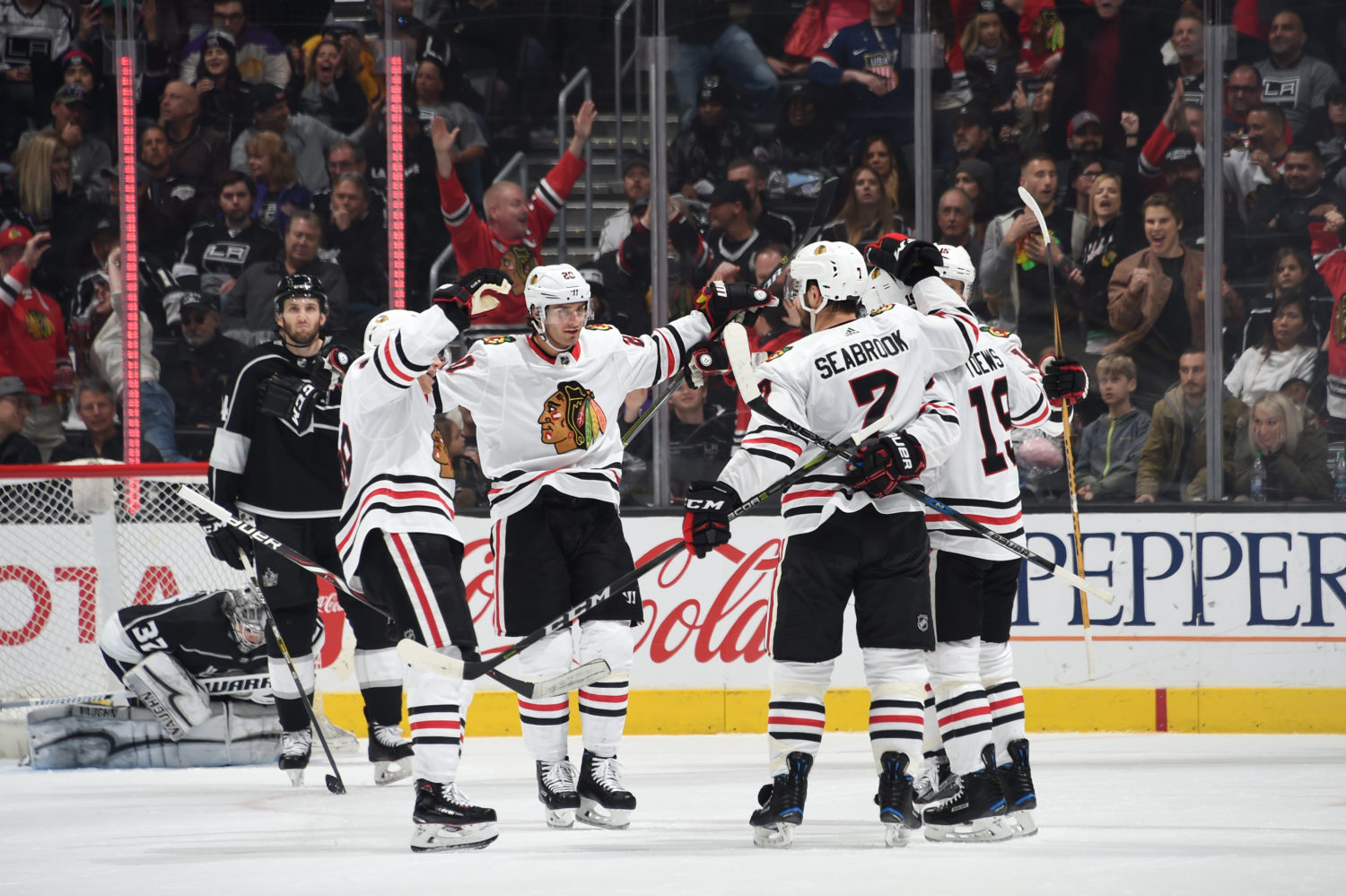 On what he saw in the third period:
It’s pretty obvious, right? I mean, come on, let’s not deny the white elephant in the room here. Total undisciplined play. Let them back in the hockey game. Totally unacceptable. They’re a good hockey team. They’ve got a lot of pride. I’ll just say this: it doesn’t matter what you do in a hockey game. You’re a part of a team, and everything should have the best interests of the hockey team. We put ourselves in an undisciplined situation in the third period, and it ended up costing us. End of a tough schedule where guys are taxed quite a bit. You give them life in that situation, and they’re going to come back and bite you. Like I said, Jonathan Toews and Patrick Kane and Duncan Keith, they’re proud guys, and you open the door, they’re going to walk through it.

On whether the team has addressed Drew Doughty’s unsportsmanlike conduct penalties with him:
Have we addressed it? Yes. [Reporter: Are you at liberty to share that process?] You know what? Please. It doesn’t matter if we’re talking about Kyle Clifford, Andy Andreoff who didn’t play tonight, Kevin Gravel, who didn’t play tonight, Anze Kopitar, Drew Doughty, every one of those guys is important to this hockey team, and this team can have success if everybody does everything in the best interest of the team. That’s it. We have guys that play a lot more, guys that play less, but teams all believe in a common goal. Everything you do in a hockey game should have the best interest of the team.

On how difficult it will be to get past this game:
It’s one game, right? … We’re not going to sit here – it’s one game. So, we lost a hockey game. We shot ourselves in the foot for a game that we had well in hand, and we lost a hockey game. Regroup, we’ve got a little bit of a break here. Just went through a tough stretch – 11 games in 19 days – guys played hard. Got ourselves back in a playoff spot. We’re going to regroup, get the rest we need, get a couple good days of practice in and get ready for a big push coming through March.

On frustration over the final 10 minutes of the game:
Well, the game totally got away from us in terms of discipline, right? You take an undisciplined penalty to end up getting them back in the hockey game, and then you take a penalty 200 feet away from your net, so if you can write a script for losing hockey games, we just wrote it.

On whether the loss undoes recent wins:
No. You can look over the course of the season, there are lots of games we’ve come back and won. You go back to the Boston game, there’s games we tied up. It’s like going on a golf course, and all you remember is the 10-footer you missed, but you forget about the 30-footer you made and the one you chipped in from the fringe. It’s easy to just remember the bad and forget the good. We put ourselves in a position down the stretch track to make the playoffs, and that’s what we intend to do.