Waking up with the Kings: February 16 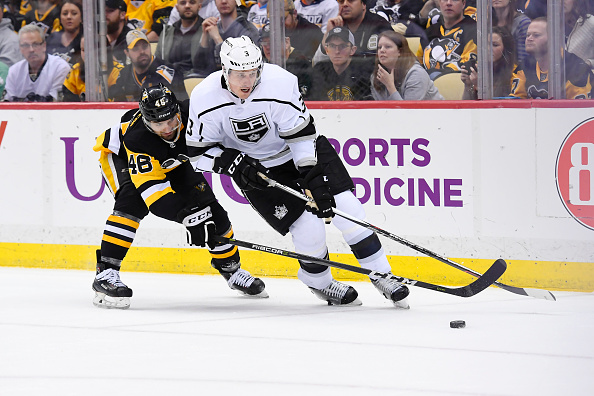 Last night’s game for the Kings was far better than their previous contest against the Carolina Hurricanes, but ultimately the end result was the same in a 3-1 loss to the Pittsburgh Penguins. Goaltender Jonathan Quick was excellent with 36 saves but the offense couldn’t figure out a way to get more than one puck past Pittsburgh goaltender Matt Murray. Coming into the game, the team knew that the Penguins’ power play was how the team got its momentum – it was the league’s best at 26.7 percent – and a late penalty kill doomed the Kings, leading to forward Zach Aston-Reese’s game-winner. In their last five games, the Kings are at 61.1 percent on the PK. Also, interestingly in this game the Kings seemed to struggle more in the third period than earlier frames, which generally isn’t the case for them. According to Naturalstattrick, the Kings attempted 21 shots to the Penguins’ 12 in the first frame, while they attempted 11 to the Pens’ 28 in the third period. 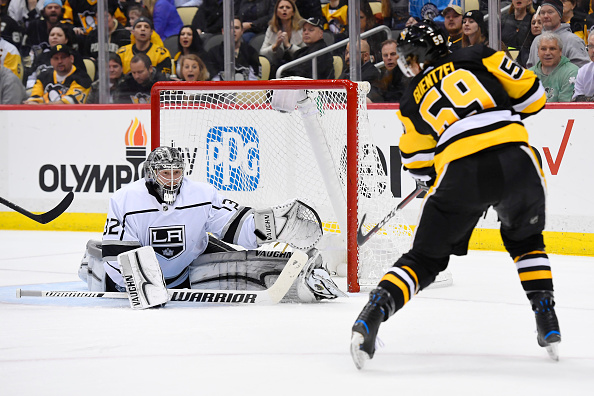 As far as the new guys, defenseman Dion Phaneuf and forward Nate Thompson were solid. Phaneuf played 18:56 and scored his first goal since late October. Thompson played 3:28 on the penalty kill. Having Phaneuf gives the coaching staff a nice luxury of having two defense pairs that they can roll out against any team’s top line and feel comfortable with the match-up. His addition gives the Kings some of the best defensive depth they’ve had in a while. As far as depth goes, the Kings fell to 0-3-0 without forward Trevor Lewis in the lineup on this road-trip. One player generally doesn’t make that much of a difference, but Lewis helped solidify the team’s bottom-six, and not having him hurts their match-ups on lower lines. Looking ahead, it’s hard to quantify any game in mid-February as ‘must-win’ but the fact that the Kings didn’t get any points out of the Pittsburgh game sets up a situation where they need to get something out of their game at the Buffalo Sabres on Saturday — anything to get some good vibes moving forward.