Waking up with the Kings: February 14 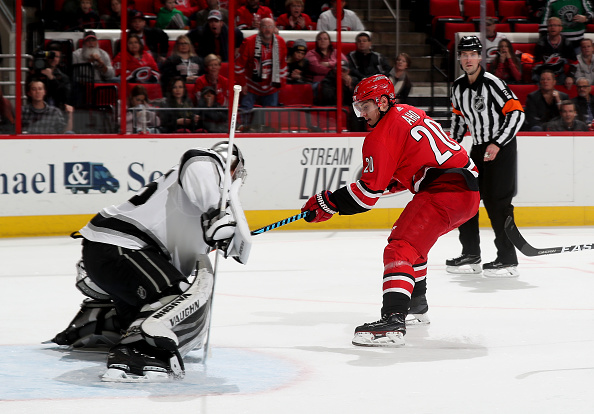 Good morning Insiders, and Happy Valentine’s Day. So about last night’s game … it would be an understatement to say that wasn’t the result the Kings wanted, losing 7-3 at the Carolina Hurricanes. The seven goals they gave up were the most they had allowed all season. They let the Hurricanes pounce early and everything just snowballed from there. The Kings have now been outscored 56-36 in the first periods of games this season. Furthermore on this road-trip, they haven’t scored the first goal in any game. It’s hard to win when the other team is able to dictate the play in a game. The Kings did come back to make it 5-3, but ultimately couldn’t get any closer against a hungry Hurricanes team pushing for the playoffs, feeding off its home energy that had Los Angeles on its heels from the get-go.

The penalty kill has to be concerning for the Kings. In their last four games, the Kings have give up a total of six power play goals. Los Angeles has prided itself on its PK and defense all season and this is an area that has fallen on hard times. Jonathan Quick was pulled after giving up four goals on 20 shots on goal. He has given up 15 goals in his last four starts, being pulled twice in the process. There’s a belief in hockey that sometimes a goaltender just needs to make a save, no matter the circumstances, but Quick was under siege last night. It’s hard to blame him for how the game played out. If there is a ‘glass is half full’ approach, the Kings played the game without Dustin Brown (suspension) and Trevor Lewis (injury) and they will get Brown back for Thursday’s game against the Pittsburgh Penguins. Also, the addition of Dion Phaneuf should add some snarl and depth to their defense. Granted, they are playing a Penguins team that has gone 13-4-1 in 2018. It’ll be a challenge but teams that have playoff aspirations need to figure out ways to get points out of these situations.