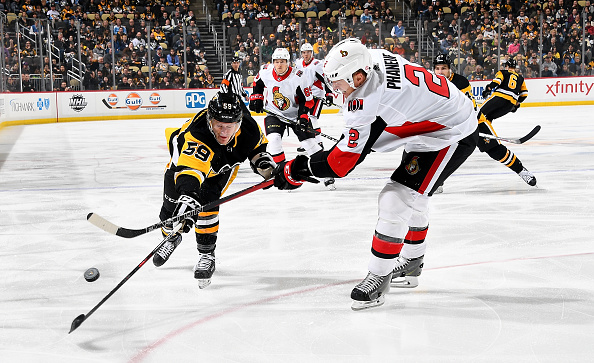 Going into the NHL’s trading deadline period, the Kings were looking for help on defense and late Tuesday they were able to get some by adding a big piece.

The Senators will reportedly pick up 25 percent of Phaneuf’s contract, which will equate to a $5.25 million cap hit for the next three seasons.

The 32-year-old Phaneuf played over 20 minutes per-game with the Senators and was a key component on last year’s group that went to double overtime in Game 7 of the Eastern Conference Final. During that postseason, he averaged 23:18 per-game.

There’s some risk with Phaneuf in part because his numbers have fallen somewhat. He has three goals this season and hasn’t hit 40 points since the 2011-12 season when he had 44. But he’s a physical presence who can help the Kings on the power play, penalty kill and key 5-on-5 situations.

The 36-year-old Gaborik had three years left at $4.875 million per-year and he had mostly lost his role with. He also had never played more than 69 games in a season with the Kings after they re-signed him following their 2014 Stanley Cup run.

Health is an issue with Thompson – who played 79 games total the previous two seasons. He has also played in 43 of the Senators’ 55 games this season. But if he’s at full strength, he can essentially replace Shore on Los Angeles’ lower lines and give the Kings more experienced depth down the middle for their playoff push.

All trades involve giving up assets to get assets, but overall the Kings got what they needed out of this deal.