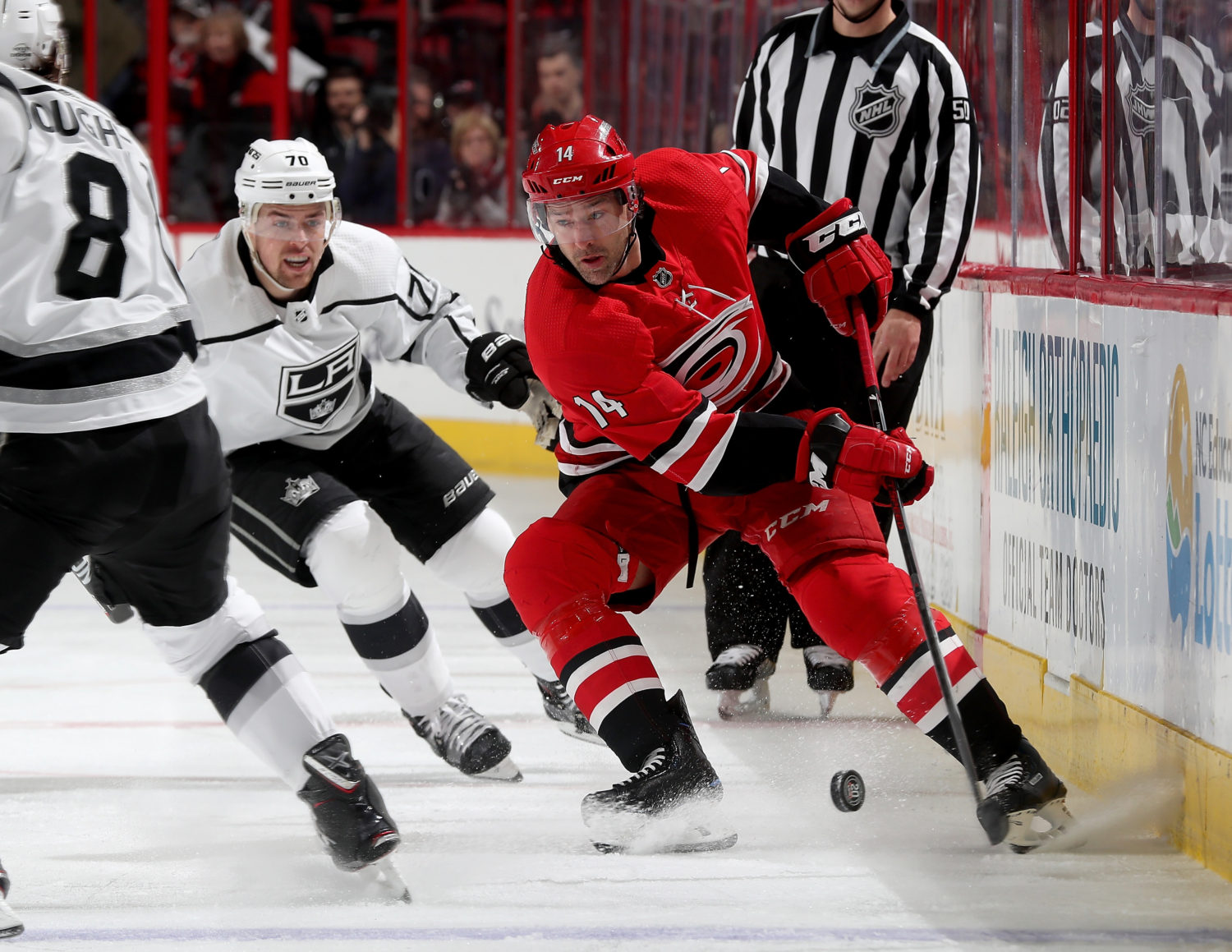 On tonight’s game:
Totally disappointed. I think we’ve shown ourselves what we’re capable of lately when we play the game the right way and are willing to work. Two teams fighting for a playoff spot—one team’s in, one team’s out. They showed up to work and we didn’t. Pretty simple.

On whether the team needs to correct it’s starts:
Well, the preparation falls on the individual and coming in ready to play. I actually thought we had a great first shift, but then it was all downhill from there. We can’t expect Kopi to carry us on his back everywhere. We need guys to step up and assume some responsibility on our team. But it starts with work, quite honestly. We can sit here and talk about any part of our game—penalty kill, checking, breaking the puck out—but you’ve got to put work boots on. That team works hard and they forecheck very well. And they worked and we didn’t and we got the result we deserved.

On Jonathan Quick’s performance as of late:
Well, quite honestly, it’s hard to evaluate in so many games. We played Vancouver, Nashville, and this game tonight. The three worst games we’ve played all year, so I’m not going to sit here and isolate any one player, certainly not the goaltending after an effort like that. Billy (Bill Ranford) will look at his game, Jonathan will look at his game and continue—he’s got a really good plan obviously, worked for him through his career. And we’ll continue to work with him. But this is a whole disappointing team effort to be quite honest with you.

On whether it’s difficult to evaluate tonight’s effort:
No, listen it’s supposed to be hard, right? You have an obligation to be prepared. We, as coaches, we have an obligation to be prepared and it comes down to individual with preparation and willingness to compete. We know how hard it’s going to be. WE know that we’ve got guys in our room with lots of experience. So you know we play with a sense of urgency in Tampa that other night and just about came back in the hockey game. Going into tonight we had doubled up our third point production over our first period. So it’s pretty obvious to us, we needed more of a sense of urgency at the start of hockey games and not just when we get behind.

On whether it was good to see Tyler Toffoli score a goal:
Well, I’m glad he got onto the scoresheet. We need Tyler to score goals. We need a 200-foot game from Tyler. He’s had chances lately, but for me, I’m more concerned about the process than the result right now. The process is showing up to work, emptying the tank, playing the right way, and being a good teammate.