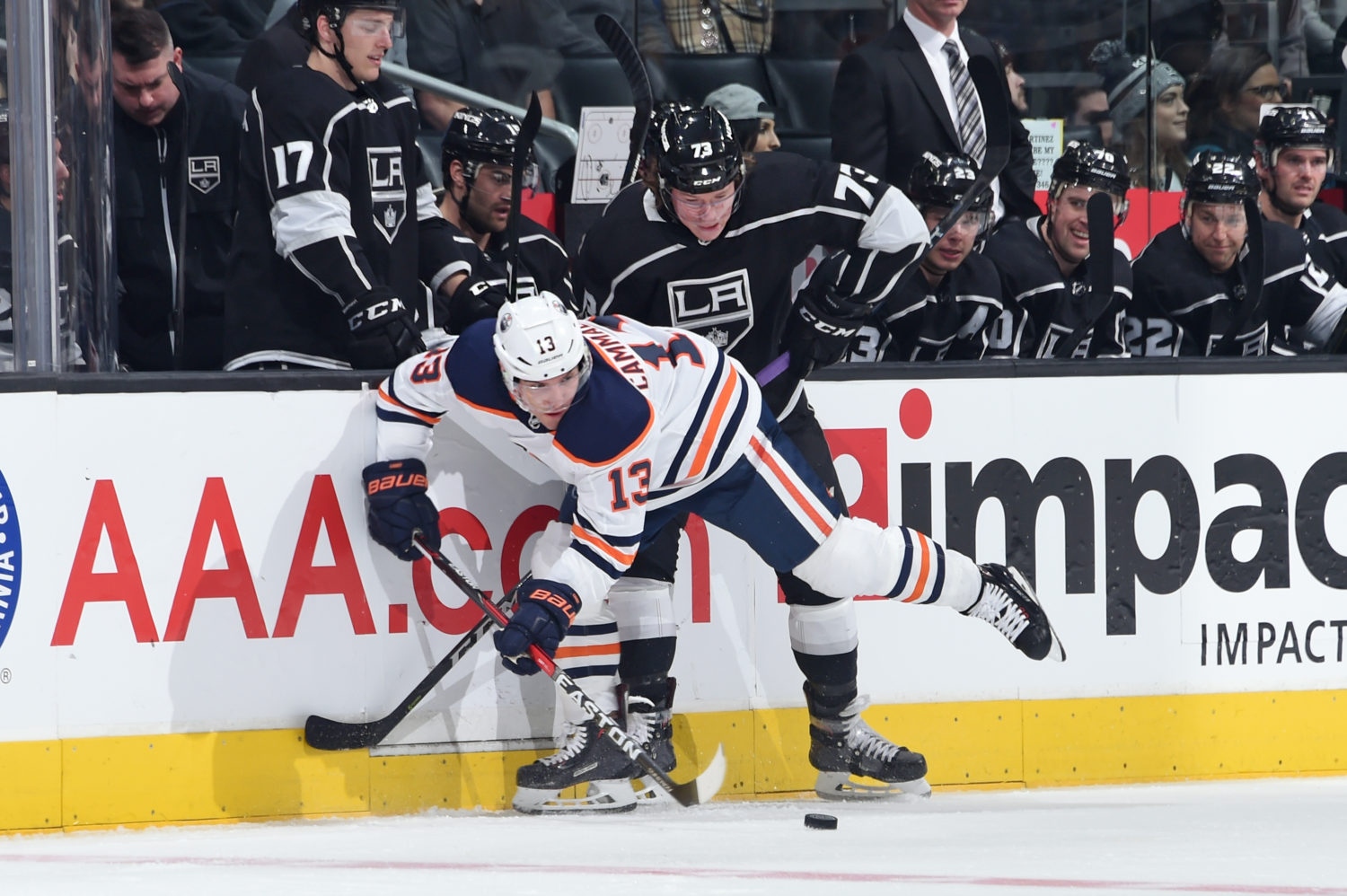 Todd McLellan, on if it’s difficult to lose after battling back to make it 2-2:
Yeah it is. I thought we started a little bit slow. Obviously, getting scored on with that first shot on the faceoff loss wasn’t something we planned or wanted. Been through that scenario too many times this season. And then after that where penalty kill did it’s job in the first, but we weren’t able to create any offensive time because of that. I thought in the second we did a much better job. In the third, it was anybody’s game. We had a couple really close calls at the other end—post-to-post, crossbar, and then reached the post again. So we got offense from a couple of our big guys and the secondary stuff is close, but it’s not going in. And that’s something we’ve got to fix.

McLellan, on what he saw when looking at the replay of the Kings’ game-winning goal:
I was hoping that we would’ve been playing this game two weeks ago because I think it would’ve been different. But we made the call, we took a chance, and obviously it went against us. So nothing we can do about that.

McLellan, on not being able to come back from 2-0 deficits all of the time:
No. That’s a very clear, evident point. I could agree with you obviously, but that’s all I’m doing is agreeing with you. It doesn’t help us when we give up the goal on the first shot. You know, a faceoff loss, a screened shot–that happens and maybe it can happen tonight, but it just can’t happen as many times as it’s happened in the season. So you’re point is real clear. I’m not sure how to answer that, but I did.

Connor McDavid, on why the team has been having such slow starts:
You know, we get that question all the time. We don’t know what it is–sometimes we’re great off the hop, sometimes we’re a little bit sluggish. Obviously we weren’t great tonight, but we found a way to get ourselves back in it like you said, and just came up a little short in the end.

McDavid, on gaining momentum from the power play:
Yep, that’s what the power play needs to do is always be a momentum swing for us. Whether you’re scoring or not, you need to get your chances and create that momentum, like I said.

McDavid, on his goal:
I was just a little bit late on the play. Obviously just getting up and saw the puck was coming back up and just tried to get my shot on net.

McDavid, on whether the team will throw this game out and focus on the next:
One hundred percent, yeah. On to the next. That’s all you can do.

Leon Draisaitl, on what he thought led to the loss:
Well, I mean we weren’t ready for it. Obviously they’re big bodies and they put a lot of pressure on you starting in our d-zone, so maybe we weren’t quite ready for that.

Draisaitl, on what the team needs to do to avoid playing from behind:
Yeah, just better starts. I think that you know, obviously we’ve had that problem a lot where we’re just kind of chasing the game. It shows the character that we come back, but too bad we couldn’t close it out.

Draisaitl, on whether the team has been able to draw energy from the power play:
Yeah. I think that you know we’ve been working on it and it hasn’t been as good as we want it to be this year. So you know, it’s time for the power play to step up and the last two games have been pretty productive.

Draisaitl, on moving forward:
You know, we can still come out with a good road trip. Obviously we knew coming into this road trip, it’s going to be three hard games. Too bad we couldn’t get the first one, but we have to make sure we’re ready for the next two.