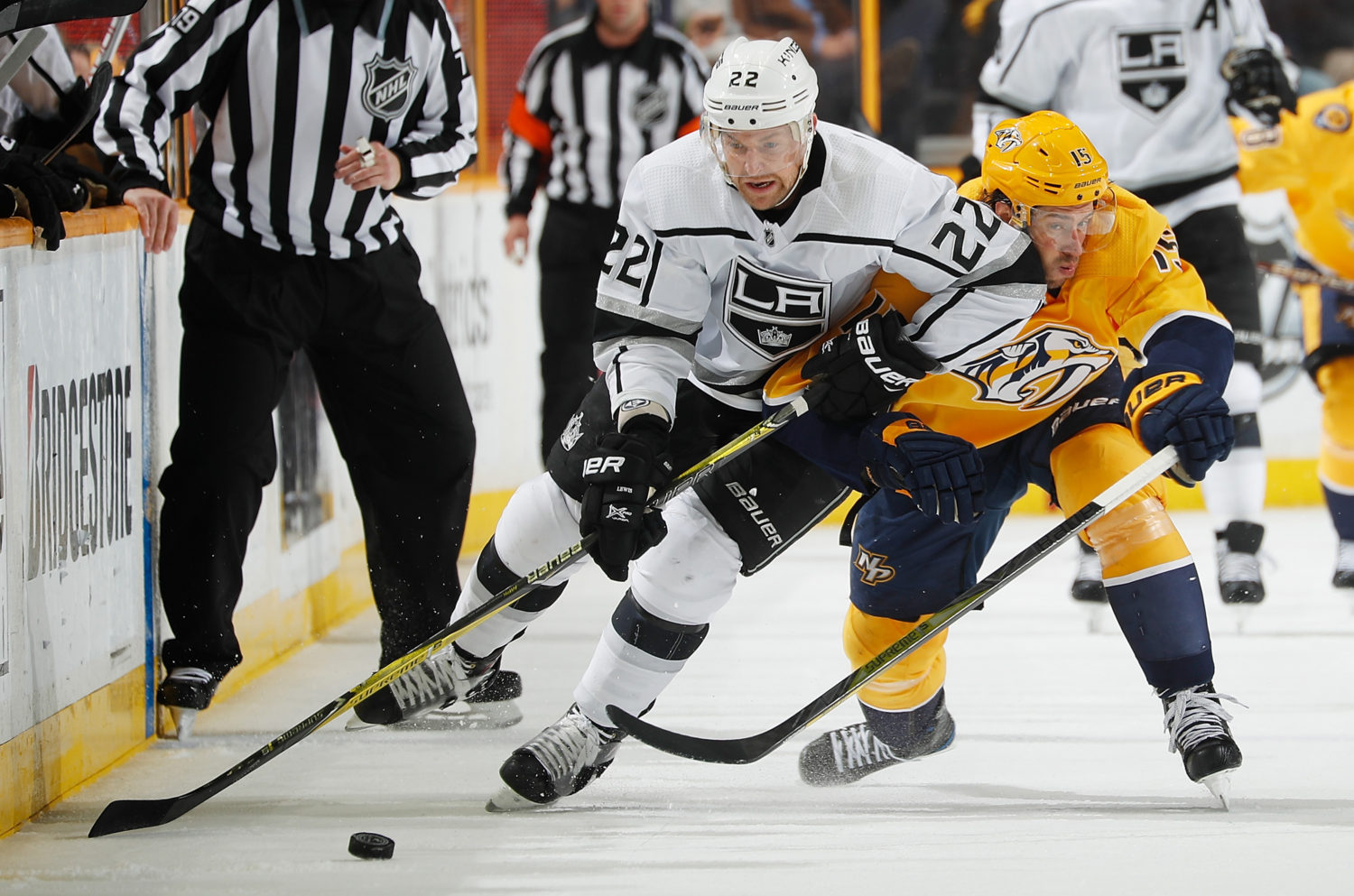 Anze Kopitar, on trying to slow the Predators down in the opening period:
Well, I thought we had a solid start up until their first power play. I thought we were coming pretty good and I thought we were moving the puck and everything. And then, obviously getting scored on less that ten seconds into the first power play. Then you’re really trying to do the right thing so you win a draw and then Drew just catches it where the puck flips on his blade and he sends it up in the stands and then it’s a minute and fifty five on five-on-three. And they cashed in on it. Then after that, just kind of put us on our heels and we couldn’t recover.

Kopitar, on if there’s any concern with the severity of the team’s recent losses:
No, it’s not a concern. I think, like I said, it was that first period that really put us behind the eight ball. I know we didn’t score any goals, but it is tough to recover sometimes from a period like that. But you know, we’re going home now for a couple. Two big division games and we’ll be ready for them.

Kopitar, on if tonight’s game was surprising considering Tuesday’s win:
Well, I mean we did everything about the same as we did for the Dallas game. And you know, it’s just sometimes the way it goes. It’s really you’re trying not to do anything different. Maybe a bit of a different game plan, but that’s really it. It’s not surprising. I would definitely say it’s not surprising.

Kopitar, on what makes the Predators a difficult team to beat:
I mean they’re a speedy team. I don’t think they’re a big team, but they’re very tenacious on the puck. They hound the puck pretty well and when they’ve got it, they make plays. So got to give credit to them, but that was definitely not our best.

Tanner Pearson, on what happened that allowed the game to get away from them:
I think we did have a good start and you know, we got a bounce goal go our way with that goal being called off there. And after that it was just kind of one went in after another and we just couldn’t get back on track.

Pearson, on what the Predators did to make it difficult to get back on track:
I think they’re just really good checkers and when you have the puck and you’re transitioning up the ice, they close in on you pretty quickly from behind and try to create turnovers that way. And so they beat us tonight.

Pearson, on whether the second goal was a momentum-killer:
Yeah, we’ve been getting behind the eight ball here. And we can’t play one good game and then take our foot off the gas pedal because stuff like this happens tonight.

Pearson, on the importance of tonight’s game:
Yeah for sure. I think you know we’re in the stretch here where games are going to count and there’s going to be three-point games everywhere going on and you need to wax them together to keep it going.