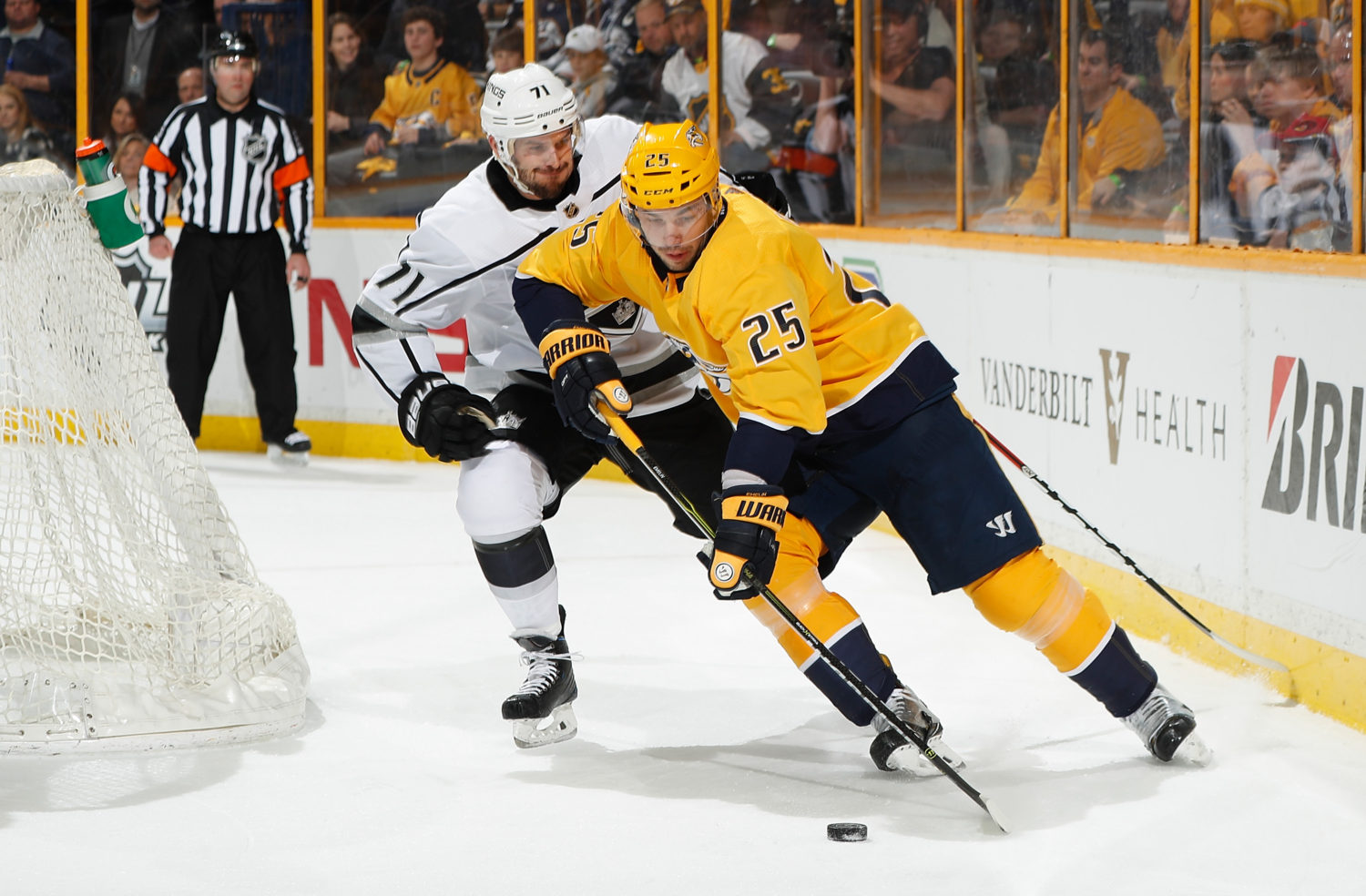 On whether it was hard to change the momentum while the first period snowballed:
They had the momentum for 60 minutes, so yeah. They checked hard tonight, they had a simple game plan, and we got checked off the puck all night, so I think it doesn’t matter what zone we were talking about. I don’t know many puck battles are in a hockey game, but a huge percentage of them went their way. We ended up chasing the puck and not getting in tough areas and allowing them to get in a lot of tough areas. That’s what happens when you lose a lot of puck battles. It was probably the mirror opposite of what we did the other night. They did it to us. We better learn from it. You’re not going to beat good teams when you lose puck battles to that degree.

On what was missing from the team’s play below the goal line:
Their forecheck is exactly what we thought it’d be. They come hard to the puck, their D keep a guy in the middle of the ice and they force you to play through traffic. If there’s anything disappointing, but we do get frustrated with their checking. Instead of getting motivated by it and determined by it, we got frustrated by it and it showed.

On whether Nashville is as good as any team in the Western Conference:
They’re a good hockey team. They’re solid at every position. Their defense controlled their game with their feet. They’re hard on pucks. I think there’s a lot of good team, but they’re certainly one of them.

On whether the loss negates the good things the team did Tuesday in Dallas:
It doesn’t negate anything. It’s just a lesson, right? There’s 82 games in a season and a long playoff run, and you win the other night 3-0. You feel good about yourselves, but it’s just one hockey game. Just because you won a game in Dallas doesn’t mean you get to win tonight for free. It’s a big price to pay every night, and we didn’t pay near a steep enough price tonight to win a hockey game. It’s the bottom line.

On whether he has an update on Alec Martinez:
I can’t. I don’t know anything yet.