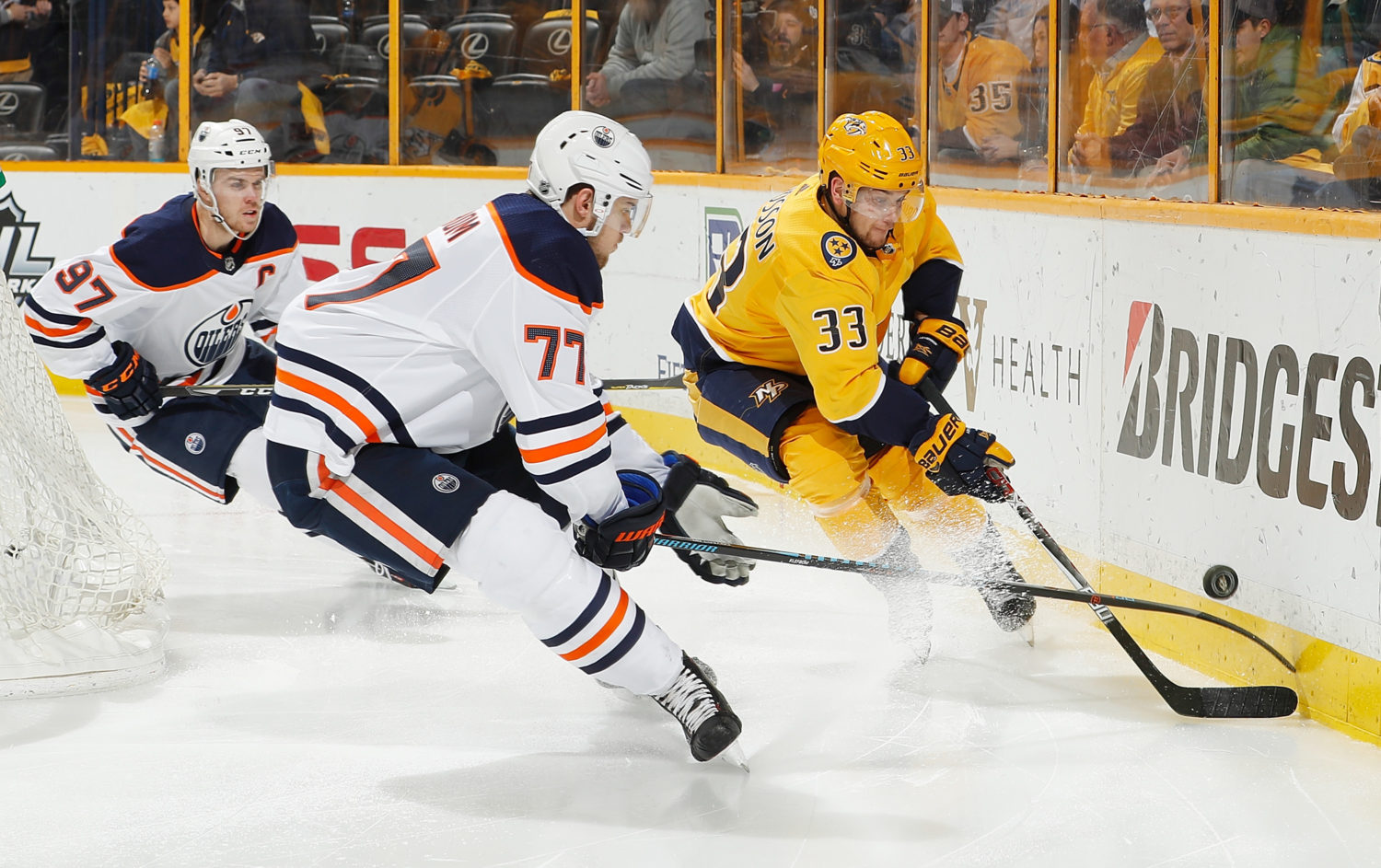 Small in stature but high in speed, the 5-foot-9 Viktor Arvidsson has quickly developed into a highly effective two-way threat that Head Coach Peter Laviolette is comfortable using in a variety of situations. The 15-goal, 30-point winger is well on his way to another 200-plus-shot season, and with two more shorthanded goals in 2017-18, now has seven through the first 188 games of his career. Speaking with LAKI this morning, Arvidsson spoke about facing the Kings’ top-ranked penalty kill, advancing into the part of the season where the focus and intensity picks up, and being able to use his speed as an asset in a league that continues to get faster.