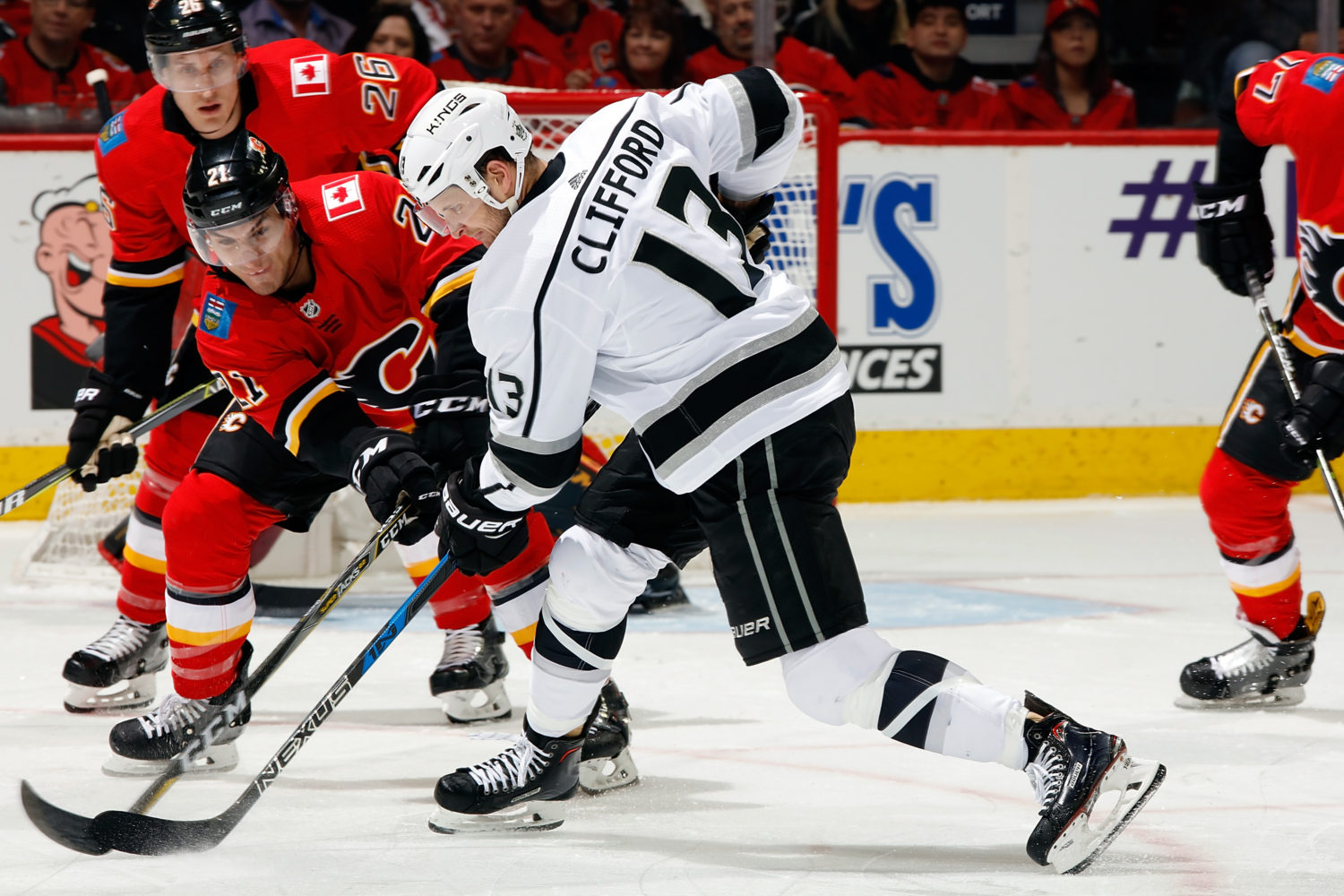 Anze Kopitar, on what he liked about tonight’s effort:
It was a gutsy effort. You know obviously giving up the goal pretty early and then just kind of stayed composed and we had a lot of penalties both ways. Just kind of staying in the game staying in the rhythm. And ultimately we got the two points, which was huge after the performance we had last night.

Kopitar, on going into the break with a win:
Well, I mean first and foremost I think it shows us how difficult it’s going to be going forward. I think obviously the two points are huge and sure makes the break a little bit sweeter. So we’ll enjoy this for a little bit, but we’ve got to make sure we’re ready to go like we were tonight.

Kopitar, on if the third period was the team’s best push of the night:
Yeah, well it had to have been. You’re down one against a divisional opponent and against a team that’s in front of you in the standings. So you’ve got to throw, if not everything, a lot their way. And you know, I think power play obviously came up big for us with a huge goal and then winning it in OT was nice.

Kopitar, on Darcy Kuemper’s performance:
He was great. I think both of our goalies have given us a chance every night and I think that’s all you can ask for. Tonight was no different. I thought Darcy was outstanding back there.

Drew Doughty, on what a total of 27 blocked shots says about the team’s level of commitment:
Folls [Christian Folin] had some huge blocks actually. They had some huge chances in the third and Folls made some big blocks. And you know, I’m more of a guy that’s not going to block a shot, I’m going to box it out and try and let the goalie see it. But we have some guys that are great shot blockers and take a lot of pride in it and, you know, I think everyone on our team takes a lot of pride in it. So it’s a huge part to why we won obviously, but Darce did a great job of blocking them too.

Doughty, on how big of a win tonight’s game was after last night’s loss:
Yeah, it was a big win. We were [road apples] last night. That was pathetic really. It was embarrassing and we really didn’t start off the game too well. I thought they took it to us for two periods and we weren’t very good. And obviously we got into some penalty troubles. I’m the first to blame for that. Luckily, we had a good third and we grabbed on to something from somewhere and just really pushed as hard as we could in the third. And you know, not that they’re not good defensively, but I think that everyone would agree that they’re better offensively than defensively. So we knew we had a chance to come back as long as we didn’t give them any odd-man rushes.

Tanner Pearson, on what he liked from tonight’s game:
Obviously it’s been a habit lately that we’ve got to get rid of—letting in the first goal and chasing the game. But you know, our special teams were huge tonight, killing that four minute-er and then our power play stepping up. And again, that goal put us back in it and we’re able to get the extra point tonight so that was big.

Pearson, on what he read on the play that led to his overtime goal:
I think in overtime you just want as much possession as possible and I saw Dewey and I were kind of give and go’s all over the ice and then he kind of faked the shot there and kind of froze everyone. So I just wanted to get it off as quick as possible and it just went in.

Pearson, on the importance of tonight’s win:
I think it’s good to have two points going into the break. It gives us something positive or end on a positive note. We’ve just got to keep it going after the break and that’s the big thing.

Pearson, on Kuemper’s performance:
Darce was awesome. He kept us in it the whole night and made some really big saves for us.