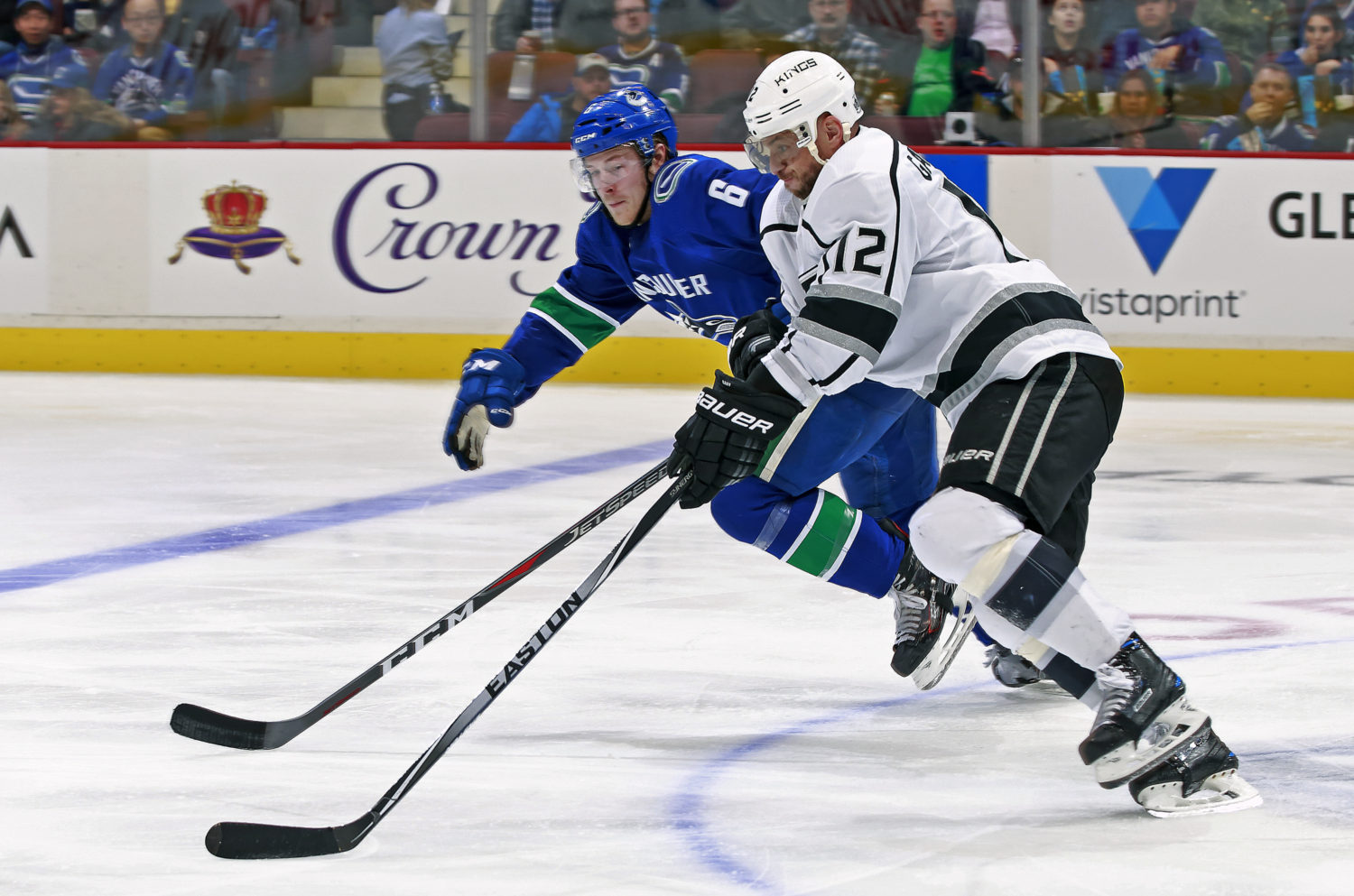 On whether there’s a commonality in the difficult starts, or whether every game is different:
Well, a lot of these games in this stretch have been different. This one tonight was just ‘throw it out.’ Total reluctance to follow a game plan, for whatever reason. They came in ready to check and play hard on pucks. We tried to play a rush game and allowed people to get behind us. The two best players in the game tonight were our goalies. It’s not often you say that and you lose 6-2. That’s pretty much what it summed up to.

On how hard it is to pull Jonathan Quick from a hockey game:
Well, it doesn’t happen very often. That’s the one thing, you look at our hockey team and the amount of times we’ve pulled our goalie this year has been very, very few. If I could’ve put them both in the net tonight I would’ve left them both in. They’re the least guys you can blame. Jonny didn’t want to come out of the net because he wants to stay in there with the team, but I just felt that he’d had enough. I kind of hung him out to dry, so it means I’ll get him out of the net and get Darcy in there and get him some work.

On whether he was considering tomorrow night’s game when pulling Jonathan Quick:
No, we didn’t really look that far ahead. It was more about what was going on with our hockey team. Again, goaltending is the least of our concerns after that one.

On whether the faceoff violation and power play goal against stunted momentum gained:
Yeah, that was a tough one. The PK wasn’t very good tonight, so we let them go on the power play, and they just kind of built the momentum from there. Those faceoff violations, it’s tough, but hey, at the end of the day, we’re not going to blame a hockey game on a faceoff violation.

On whether there’s an update on Derek Forbort:
I don’t know. The fact that he couldn’t finish the hockey game, so other than that, I don’t know.