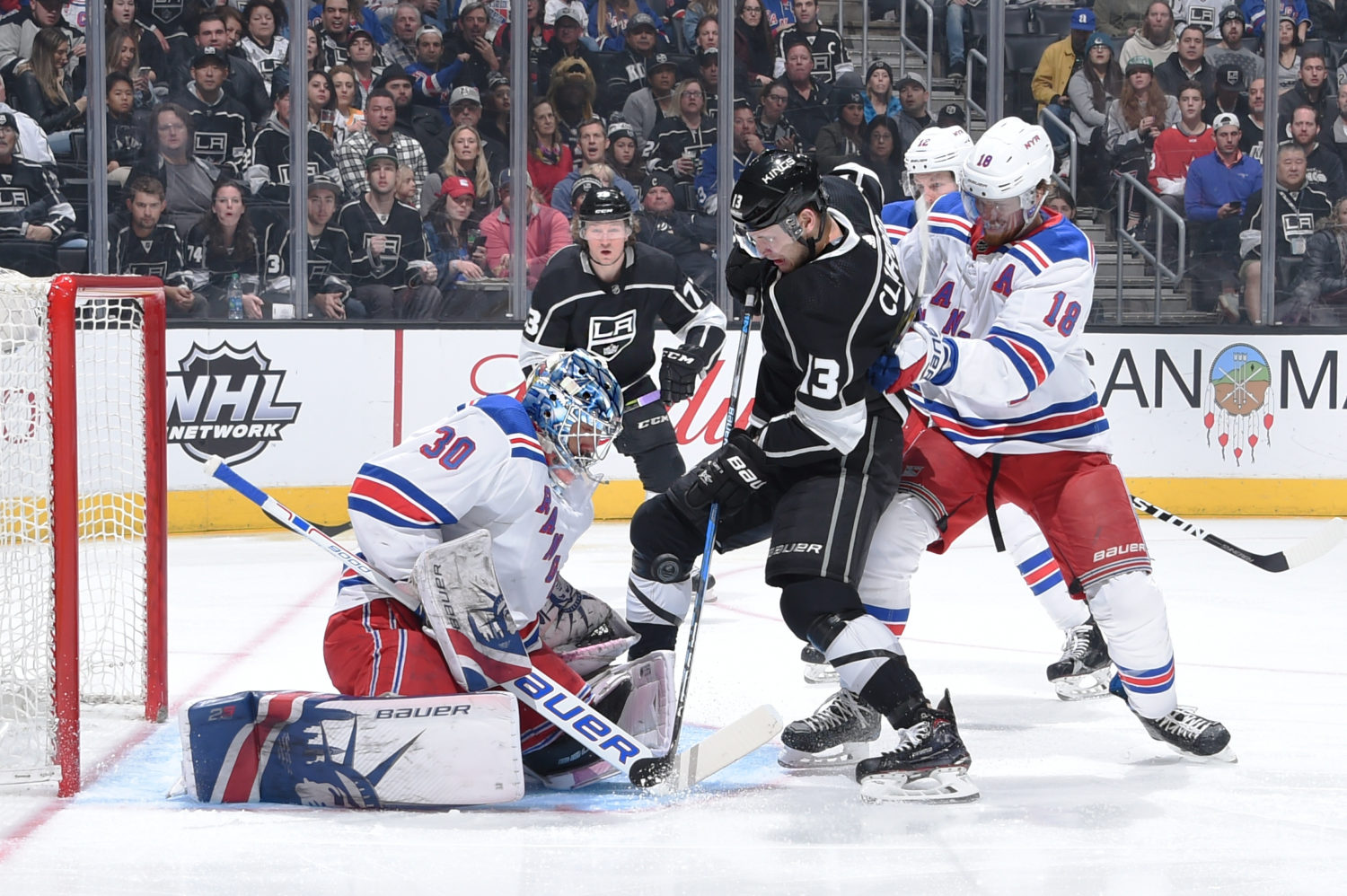 Anze Kopitar, on snapping the losing streak:
Obviously it’s big for us to come out and really get the win. It doesn’t really matter how we got it, but I think after the first half of the first period we kind of settled in. We seemed a little tentative the first 10 minutes, but after that I thought we showed emotion, especially how we responded to start the second. You always want to cash in on the power plays and get the timely goals, and we were able to do that tonight.

Kopitar, on whether Adrian Kempe’s fight fueled the team:
Yeah, it doesn’t matter who it is. You get a freebie of a power play like that at the end of the first period, and you’re jumping on a fresh sheet of ice, and you want to capitalize it. It’s funny how hockey works sometimes, but those are usually the penalties that end up penalizing, whether that’s against you or for. Obviously it was nice to get on the board early, and then just kind of roll from there. I think the second period was arguably our best period this year, and we’ve just got to play more like that. [Reporter: The shove that Brendan Smith had on Lewis – it seemed like that seemed to galvanize the team a little bit. Is that fair to say that that was something that maybe got the team catalyzed a little bit?] Well, yeah, that was the shove, or the play that got us on the power play, and we were able to take advantage of it.

Kopitar, on getting a win after a difficult stretch:
Well, it feels good. We dug our selves in a bit of a hole. I believe we’re back in a playoff spot after this one tonight, but it’s not just holding on to playoff position. We want to put a string of wins together here and really get our game in order. I know it’s still a little ways away, but you can’t put yourselves down too many points, and I think tonight was a good stepping stone for us, but now we’ve got to [keep winning].

Kyle Clifford, on whether Brendan Smith’s shove of Trevor Lewis galvanized the team:
Yeah. I think you’ve got to give Kempe a hell of a job. He really led the charge in a physical game, not just with the fighting. The boys rallied around that. It’s just awesome to see a young guy do that, play with a lot of emotion, and I think he’s played hard all year.

Clifford, on whether the team had been trending well before the win:
Yeah, absolutely. I think it started in Pittsburgh and I think we had a pretty good game there, and obviously with our effort in Anaheim, I think we could’ve walked away with two points, and we didn’t, and we brought it tonight and got the result we wanted.

Clifford, on his first period hit on Smith:
I just saw an opportunity. That’s my game, I play physical, and you try and play within the rules. I haven’t seen the hit yet. It’s a hard game. You get hit and you deliver hits.