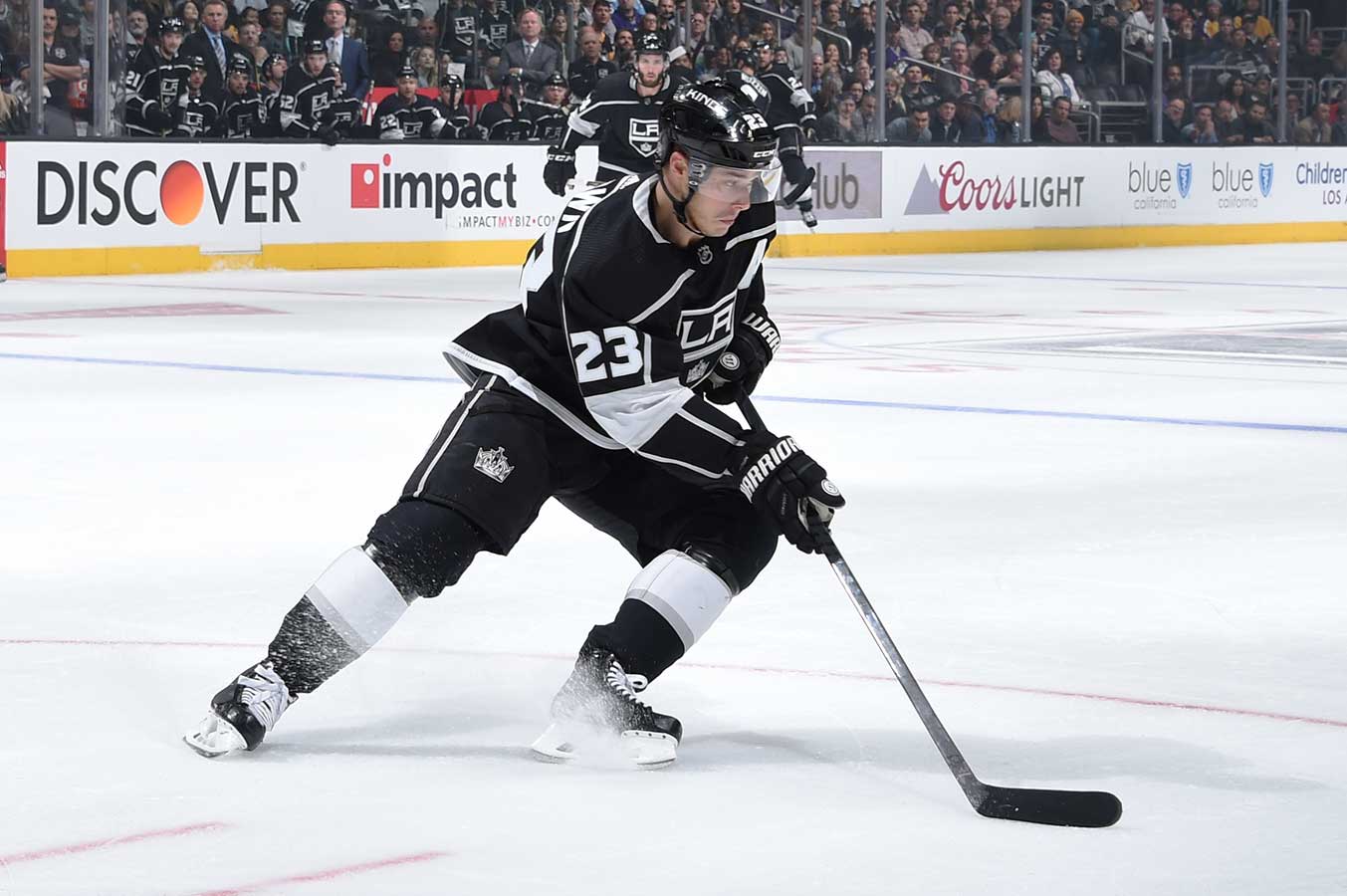 Dustin Brown will have a hearing with the NHL Department of Player Safety later today for cross-checking Pittsburgh Penguins defenseman Justin Schultz during last night’s game.

The incident occurred at 6:41 of the third period, and Brown received a major penalty for boarding and a game misconduct.

Schultz left the game and did not return.

Penguins head coach Mike Sullivan said Schultz left the game to be examined for a concussion and should be OK.

Following the game, Brown was asked if he thought the game misconduct was too severe of a call.

“I’m going to close on him. He stumbles, toe picks. I don’t drive him into the wall or anything,
Brown said after the game. “Also, closing on the play, at the most it’s probably a two, I think. I mean, who knows because of the protocol and all that, but it’s one of those plays where I’m going to close and he’s in an unfortunate spot.”

“I definitely hit him when he’s on his knees, but I’m also going, closing on him. He falls as I’m approaching him so it’s not like it’s one of those plays where it’s–I’m surprised it was a five, but I know he didn’t come back into the game either,” Brown added.

See Brown’s full comments on the penalty and what he thinks the Kings need to stop their 5-game losing streak below:

The Kings are on the road tonight to take on the Anaheim Ducks at 7 p.m.

The game will be broadcast on NBCSN.