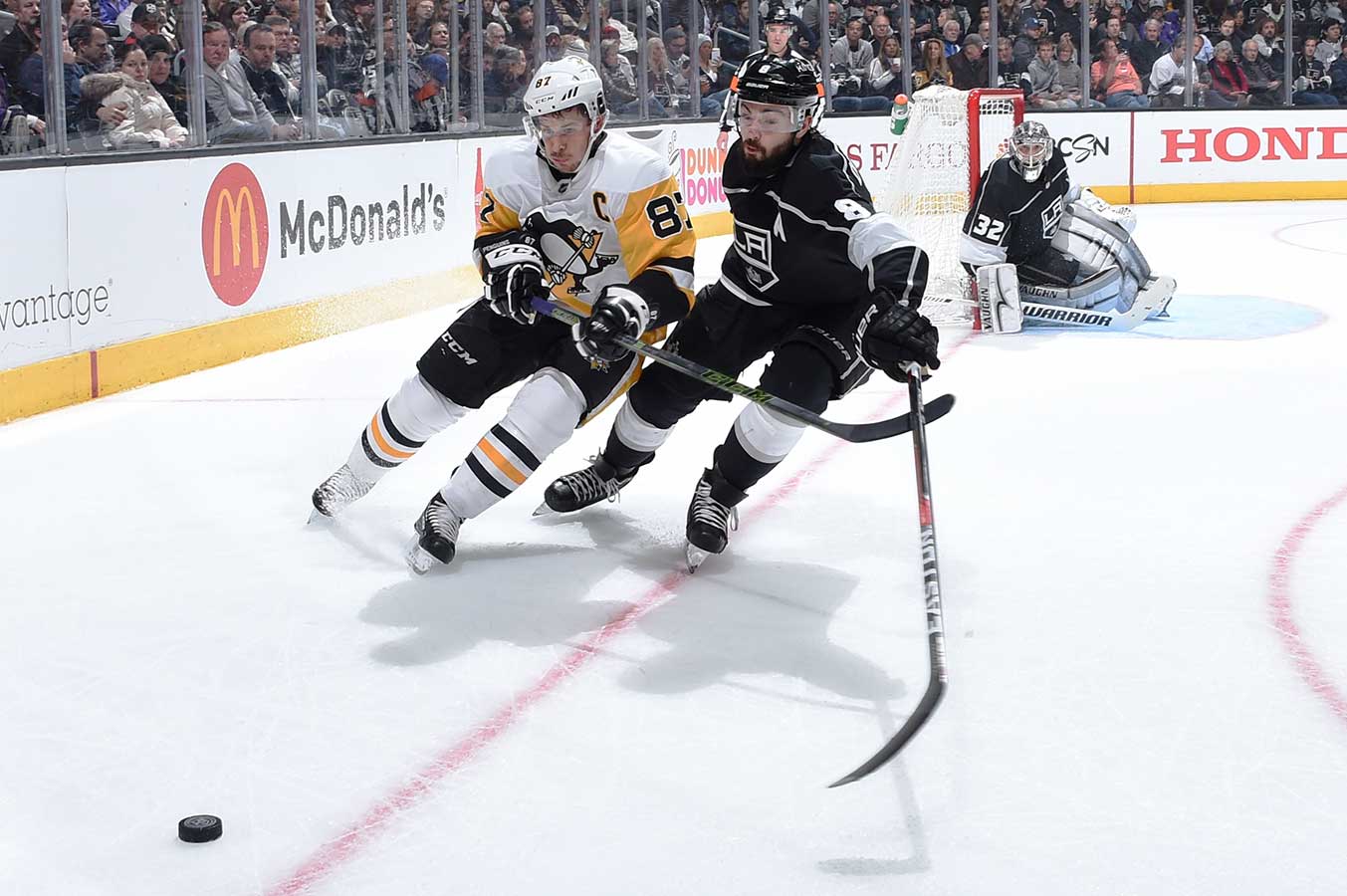 John Stevens, on the challenge of overcoming early goals like those in the first and third periods:
Well, the first one was tough. I mean those types of goals don’t go in very often and I thought we got off to a really good start. So, started chasing the game against a really good hockey team and the funny thing about hockey is when you’re playing catch-up it takes a lot of energy. You know, it’s early in the hockey game so you try not to let it change the outcome of the hockey game, but for whatever reason in hockey, when you’re down the ice is a little bit uphill. So I thought we got off to a good start, but certainly giving up an early goal is not the start you want.

Stevens, on what the team learned after breaking their four-game losing streak earlier in the season:
Well, I thought we took a step tonight honestly. I thought we played better. I thought we played the game the right way. Did better things tonight. Created some opportunities. Obviously penalty trouble in the third period got us in big trouble there. Some soft goals got us in trouble there and then I thought we allowed them to skate a little bit in the second period. So reinforce the team game there. We’re going to need everybody on the team to get us out of this. We’re going to need our leadership to take charge of the room and lead the way. Actually I thought they did a pretty good job of that tonight. Just can’t have any weak links in the chain here.

Stevens, on whether he would give credit to Penguins goalie, Casey DeSmith:
Played well. Yep, played well. I think we didn’t know a lot about him coming in other than his background. But kid played well, yeah.

Stevens, on if they made DeSmith work hard enough:
I thought we created some really good opportunities. I don’t think we executed well around the net. I thought there were a lot of loose pucks around the net, but I certainly thought we created quality shot attempts towards the net. We had some lateral plays that we didn’t execute, which I would’ve liked to see either hit the net or get to the net. But I actually think we mounted a pretty good offensive attack for most of the game.

Stevens, on if he’s surprised that the team is on a five-game losing streak:
Well, I don’t think you ever want to lose two in a row, let alone five in a row. So I’m not surprised by anything in the game. If you don’t play your best every night and have everybody going–the league’s too good–and you don’t win hockey games. So, discipline. Talked about their power play–top power play in the league. Can’t put them on the power play that much. In the end it didn’t give us a chance to get back in the hockey game.

Stevens, on whether he expected a five-minute major to be called on Brown:
I didn’t see. It was down the wall to be honest with you. I actually thought we were getting the power play because I didn’t see what happened. I just heard the reaction of the crowd. But quite honestly, I didn’t see it so I didn’t know what to expect.

Stevens, on whether the desire to win caused a lack of discipline:
I don’t know if I’d call that a lack of discipline. You know, Dustin Brown is about as honest as a player as there is in the game. So I think he saw the puck, he was starting there at the guy and I did see it after the fact. So I don’t think I’d ever call Dustin undisciplined. I think there’s been some undisciplined plays, but I thought the penalties were called. The situations were–you know, I thought the play deep in the offensive zone, I didn’t like the call. Did you like the call? [Reporter: I was actually referring to later in the game with some of the other calls and penalties.] Well, Kopi breaks his stick there. I wouldn’t call that a lack of discipline. I think he’s trying to get to the puck he ends up breaking the stick. Kopitar and Brown might be the two most disciplined guys, not only on our team, but in the league. So I don’t know if I would tag that undisciplined. I thought Tyler’s penalty was a bad call. Really bad call.

Stevens, on what he thought of Kempe’s performance on the top line:
He’s a bigger guy, can really skate, can add some speed to the line. You lose four in a row, you want to get a different look. Lewie played a lot of center. Thought he’s a responsible guy in the middle. Acutally I didn’t mind it the way it was there. I thought Lewie was good in the middle. Adrian brought to the line what we thought he might.

Stevens, on whether Kempe earned another shot with the first line tomorrow:
He’s playing tomorrow, yep.

Stevens, on what the approach is for tomorrow’s game against the Ducks:
Got to be ready to go. They’re a totally different animal than Pittsburgh. They’re a really tough defensive team. It’s a division game so we’ve really got to get ready here for it for sure. So, reload and get ready.

Stevens, on whether there’s any update on Carter:
No. He’s status quo. He’s in rehab and starting to skate.