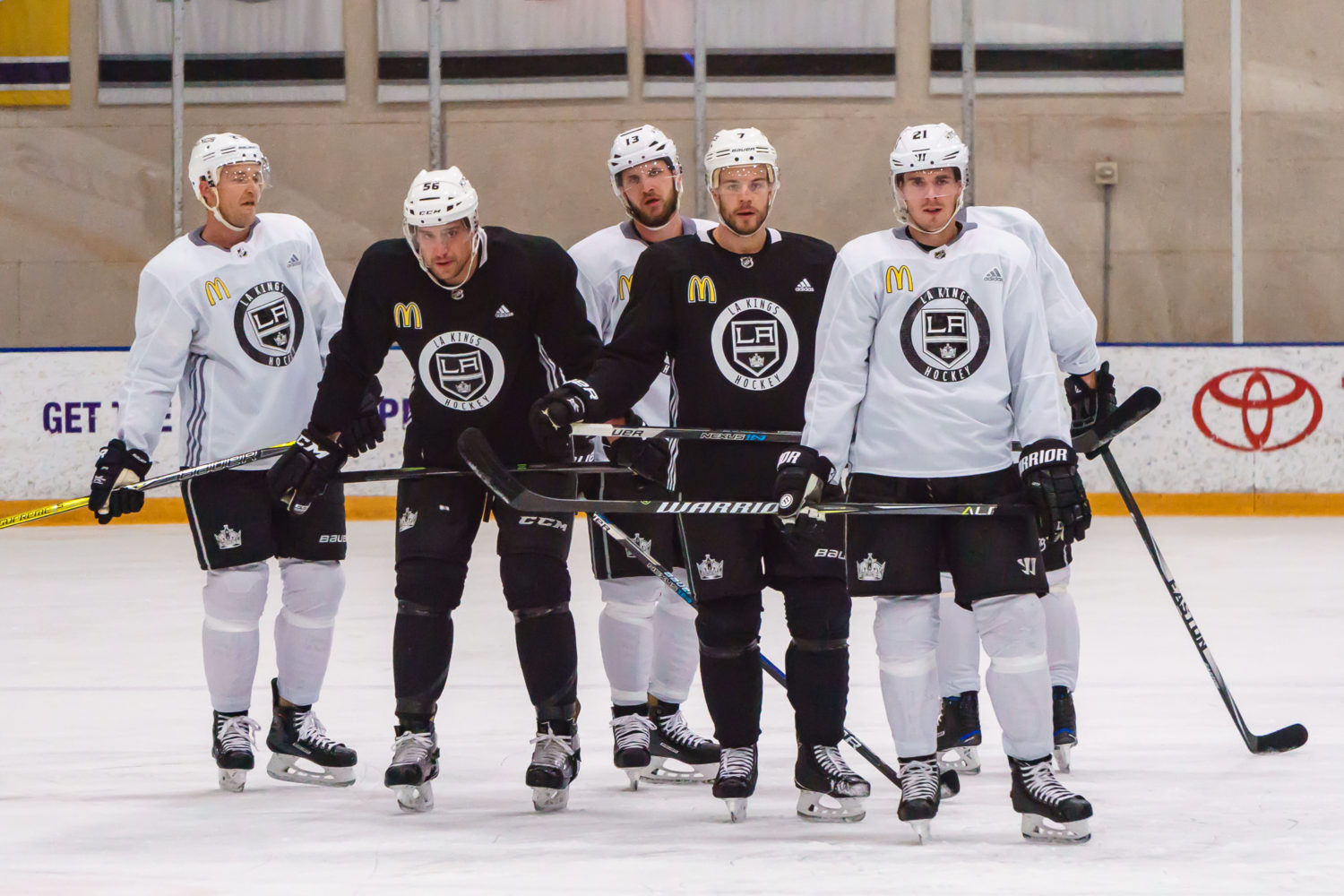 -Christian Folin has been activated from injured reserve. Jake Muzzin has been placed on injured reserve, retroactive to January 4, with an undisclosed injury that been nagging him a little bit. “He’s been banged up a little bit here,” John Stevens said. “It’s something he’s been playing with, so we’ll see.” As for Folin, Stevens has liked what he’s been able to provide in his 26 games thus far. “I think he’s played really well prior to getting hurt there. He’s got a good identity as a player. I think his consistency has been really good, and I think he can help us.”

Folin, a Gothenberg native, has lived in the United States for long enough that he’s far enough removed from the youth coming through the World Junior ranks, but that didn’t stop him from making a bet on the gold medal game, won by Canada over Sweden, 3-1. “That was a tough loss,” he said. “I owe Darcy a dinner and I owe Doughty a dinner, too, now.”

-The vitals: It was hard to get a good sense of line rushes and pairings because the skate started out with some special teams transition work before segueing into some very brief line rushes. Jussi Jokinen, Andy Andreoff and Oscar Fantenberg remained on the ice for extra work, so they’re likely out. Of the groups that rotated through rushes, I saw Pearson-Kopitar-Brown and Gaborik-Kempe-Toffoli, but after that, the mix of Clifford/Brodzinski/Iafallo/Shore/Lewis/Mitchell was a bit of a blur. Kevin Gravel skated to the left of Drew Doughty; beyond them, expect pairs of Forbort-Folin and MacDermid-Martinez. Jonathan Quick left the ice first and is expected to start in net. He’s 5-8-2 with a 2.78 goals against-average and an .895 save percentage against Nashville in his career.

-Their vitals: Regicide enthusiast Ryan Ellis, who has shown better than his four goals and six points in 15 games against the Kings indicate, has returned from off-season knee surgery. Elite speedster/sniper/irritant Filip Forsberg, however, will miss the next month to six weeks with an upper-body injury. Via Thomas Willis of NashvillePredators.com, the Preds could show a forward group of Aberg-Jarnkrok-Arvidsson, Fiala-Turris-Smith, Hartnell-Bonino Sissons and Salomaki-Johansen-Watson/McLeod and defensive pairings of Josi-Ellis, Ekholm-Subban and Emelin-Weber. “They probably have arguably the most depth on their D-core,” Alec Martinez said. “They’ve got guys that can move the puck. They make plays. They’re very mobile D and they encourage their D to skate. And then you look at them up front and they’ve got a lot of speed and a lot of skill. They’re really strong down the middle. So, they’re a really good hockey club and they play a strong, structured, fast game.” Pekka Rinne is expected to start in net for the visitors; he’s 11-7-5 with a 2.84 goals-against average and an .896 save percentage in 23 career games against Los Angeles.

–In an article in The Athletic detailing teams’ trade deadline needs ($), Pierre LeBrun noted that Los Angeles is thinking that “adding a three-four/five type blueliner may actually benefit the team more” than going after a top-six or top-nine forward. Similar things have been posted on this page over recent weeks.

Speaking with Rob Blake earlier today, I asked the Kings’ GM if they were targeting a middle-pairing defenseman to add another name to the mix. “Yeah, but again, we haven’t seen Paul LaDue,” Blake said. “We’re getting a glimpse of Gravel. I think he’s in tonight, so that’ll be three games for him. We’ve looked at our forward situation pretty in depth at the beginning of the year, and we made a lot of transactions with different guys on there. We haven’t had to do that on defense just yet. The one guy we do want to get a look at eventually here is Paul. He’s playing pretty well, and he played some minutes for us last year, too.”

It was always expected that the team was going to rely on LaDue at some point this season, and when Gravel was recalled last month, it was noted that the lack of injuries on the back end put a cap on the number of transactions that the team was expected to make in moving players between the L.A. and Ontario blue lines. (The team has also been happy with Folin, and his generally steady play has also solidified the team’s lineup balance to a degree.)

Based on earlier correspondence with hockey operations, there was a desire for LaDue to take a little bit less time to read the play and be quicker in his decisionmaking, but he’s also nearing a half a point per fgame as a 25-year-old in the AHL with 22 NHL games under his belt, so he’s more or less on the precipice of making the NHL jump once again.

-What did Blake see from gold medalist Kale Clague at World Juniors? “Just the amount of minutes he played. He might’ve been one of the top D in all situations, penalty kill, end of games, different things. He’s come a long way. It’ll be fun to watch him.” I had asked Blake a month ago whether he thought it would be possible for Clague to make the jump from junior hockey to a 20-year-old NHL defenseman next season – the left-shot D has 10 goals, 47 points and a plus-31 rating in 28 games with the Brandon Wheat Kings – and the answer I received indicated that it’s very difficult to make the juniors-to-NHL jump. But 19-year-old fellow gold medal winner Victor Mete has done so for the Montreal Canadiens this season and has posted four assists and a plus-five rating over 27 games while averaging nearly 15 minutes per game. Blake had a conversation with other members of hockey operations this week in which he asked his staff to compare the 5-foot-11, 181-pound Clague and the 5-foot-9, 184-pound Mete, so the potential jump is at least being explored, even if it might not yet be probable.

More information will go up Monday at www.foxsportswest.com/hockeyday. A special #HDSoCal2018 will be used in conjunction with next Saturday’s events, which will begin with a 4:30 p.m. showing of the first ever Kings-Ducks game, played on December 2, 1993. LA Kings Weekly will re-air at 6:30, followed by LA Kings Live at 7:00 p.m. and the 7:30 p.m. Bob Miller pre-game ceremony. Ducks Live post-game and Ducks Weekly, if you’re into those sort of things, will follow the conclusion of the game. 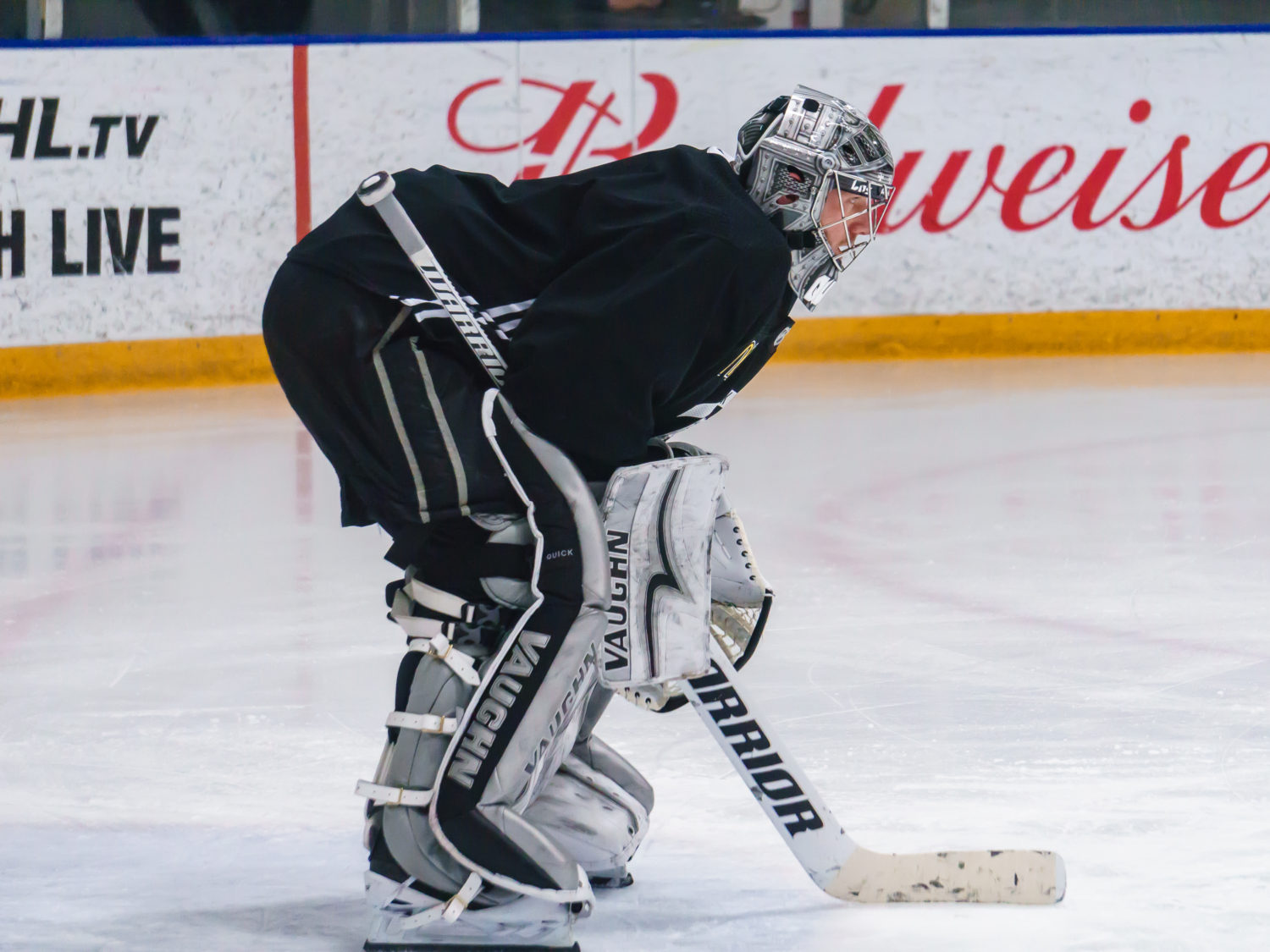 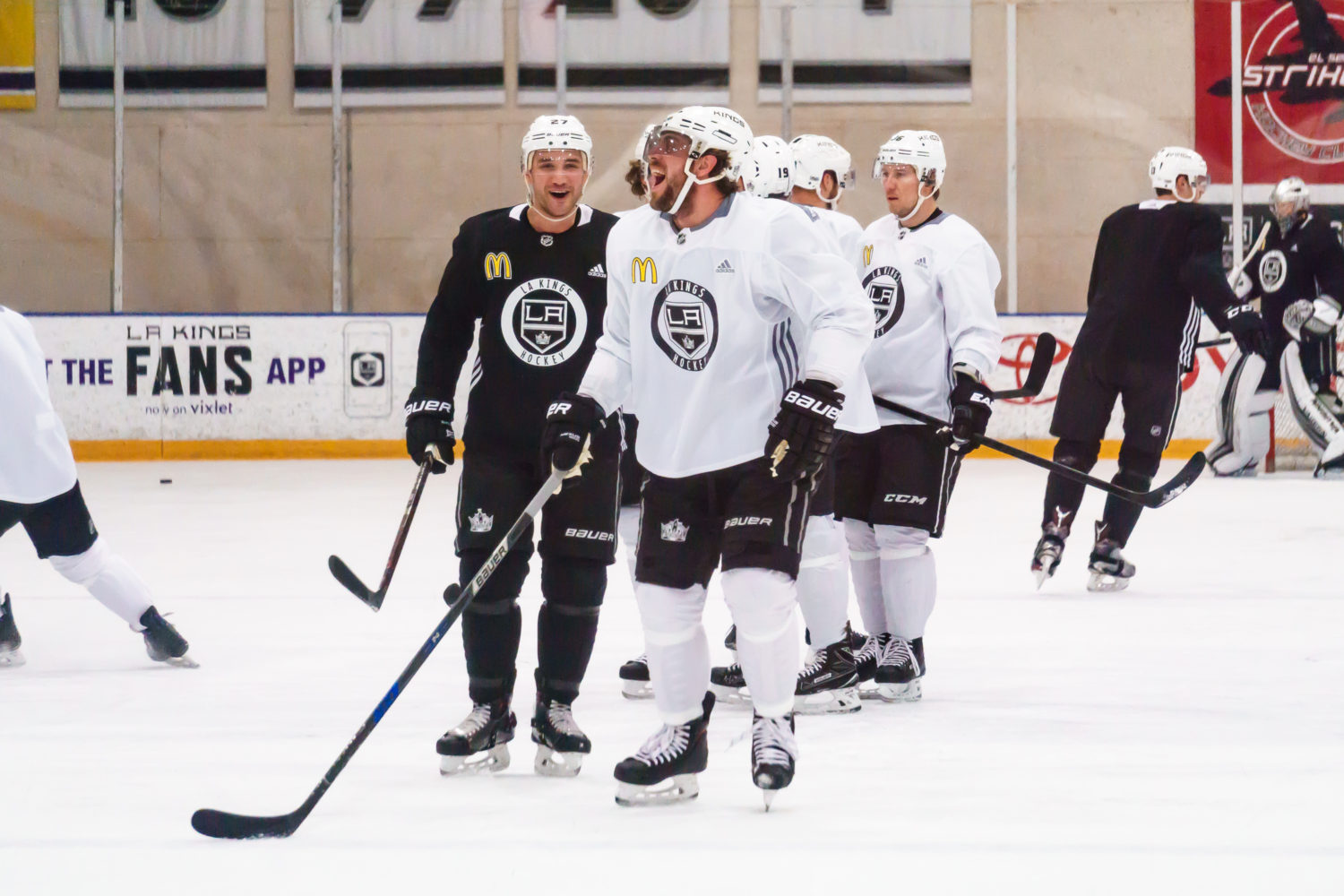 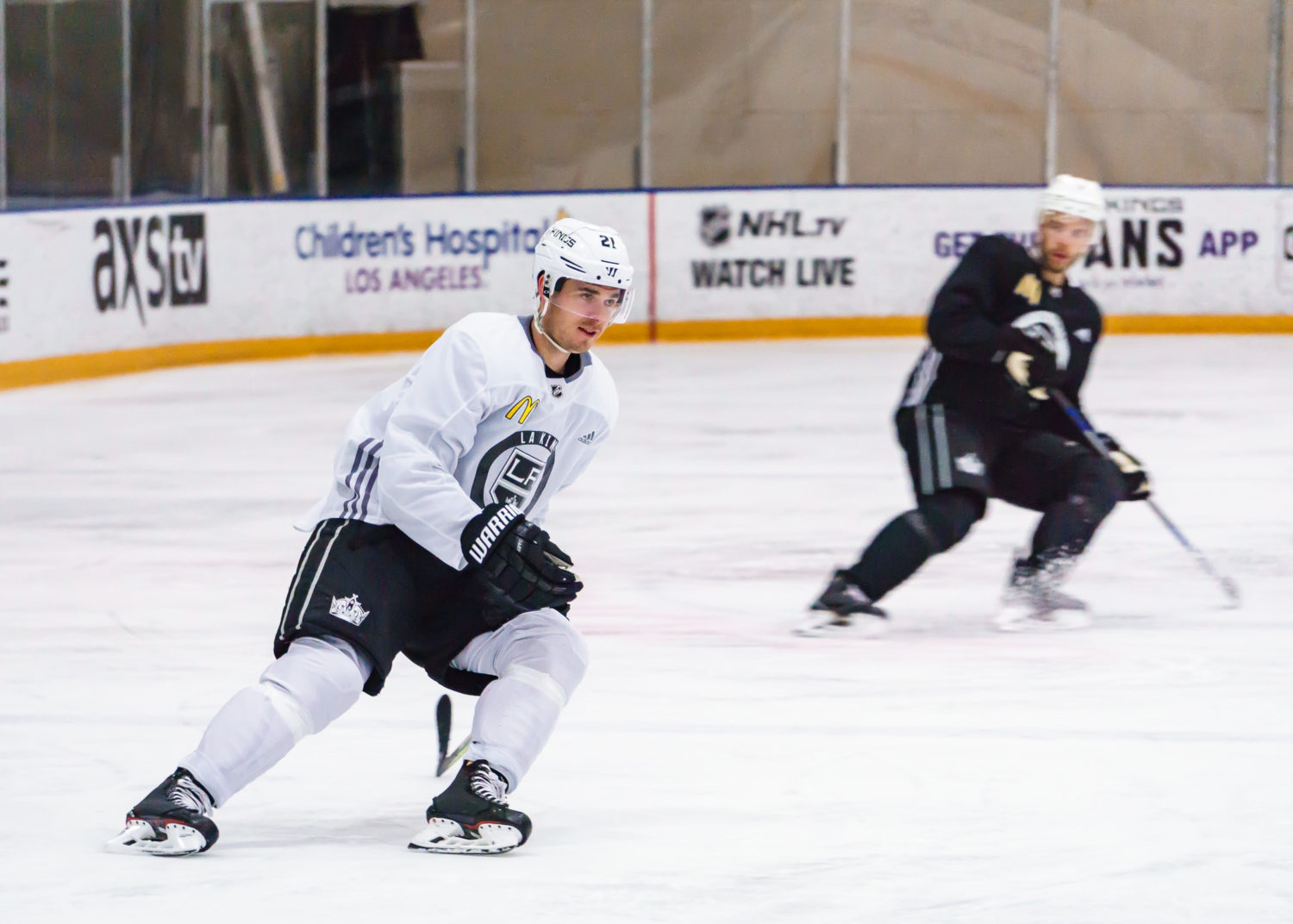 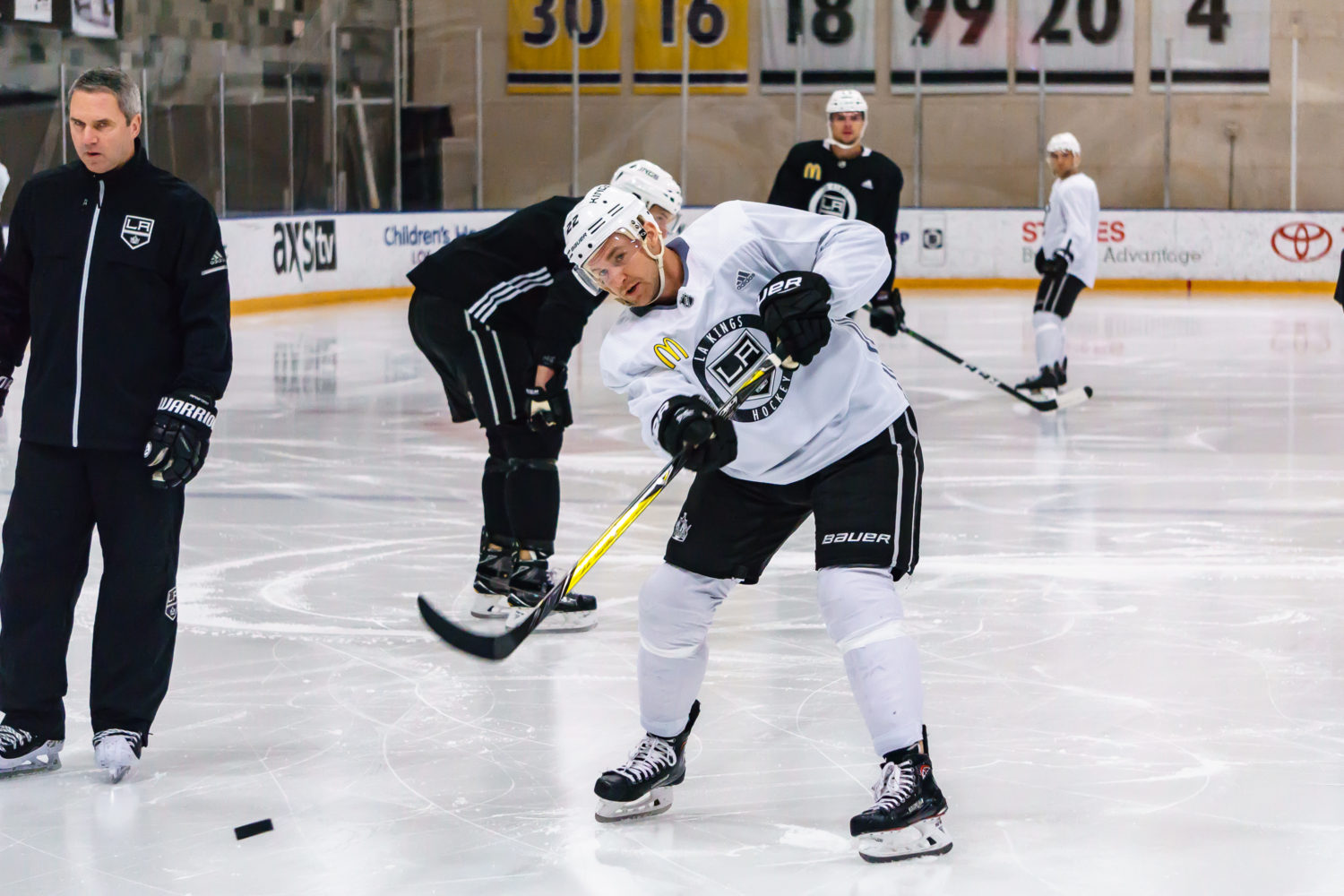 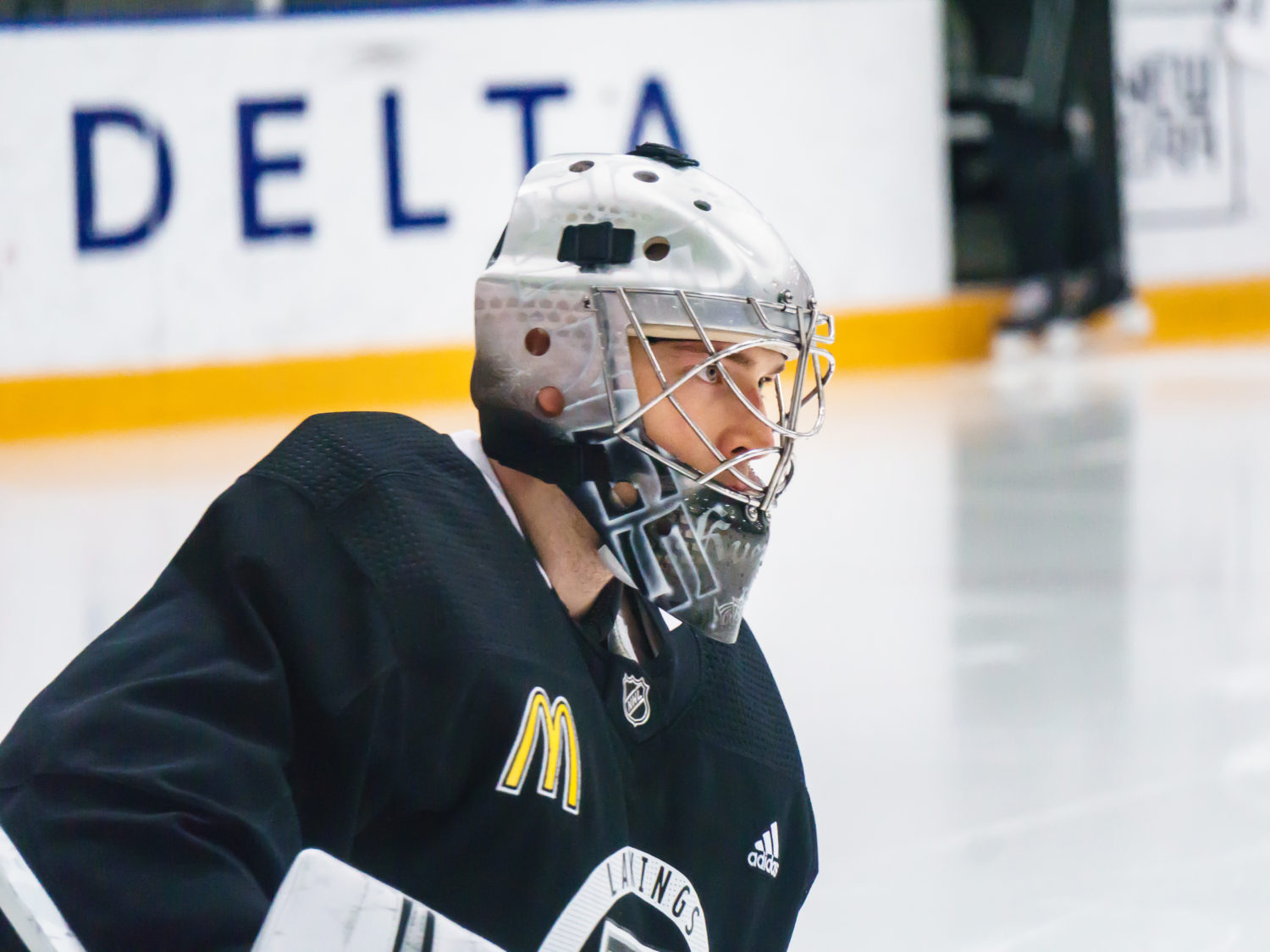