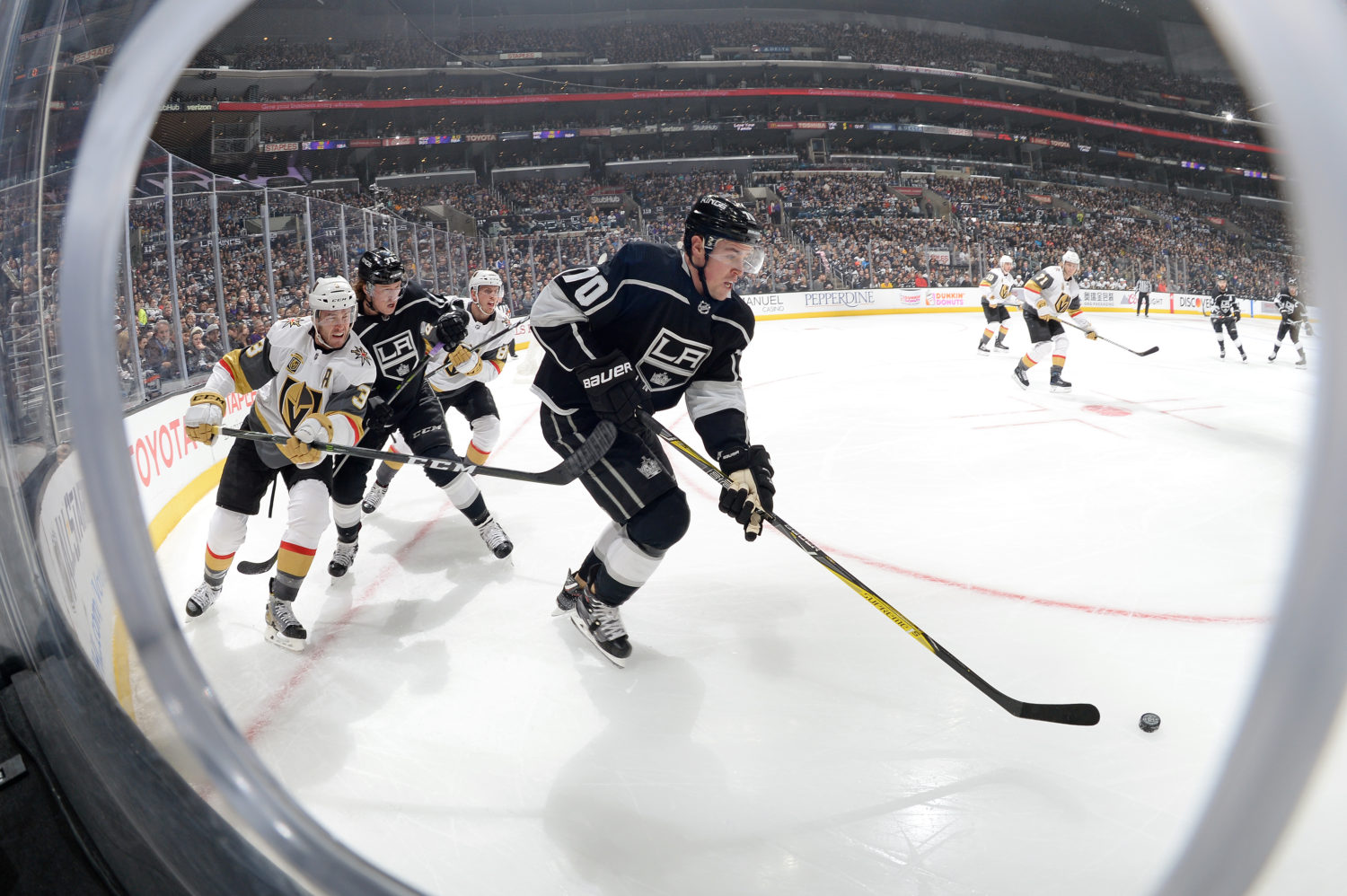 -With the overtime loss, Los Angeles fell to 0-1-1 all-time against Vegas, a record that includes a home mark of 0-0-1. These teams have two games remaining: February 26 at Staples Center and February 27 at T-Mobile Arena.

-With the overtime loss, the Kings fell to 7-6-4 against the Western Conference, 3-4-3 against the Pacific Division, 8-5-5 in one-goal games, 7-2-2 when leading after the first period, 7-1-1 when tied after two periods and 7-5 in games decided after regulation.

– Los Angeles fell to 5-5 in games decided in overtime in 2017-18 and 29-12 since the switch to the 3-on-3 format prior to 2015-16. Their .707 winning percentage ranks second behind Calgary’s .759. Overtime game-winners against the Kings have been scored by Ryan O’Reilly, John Moore, Jaden Schwartz, Esa Lindell, Mikael Granlund, TJ Brodie, Shea Theodore, Sean Monahan, Viktor Arvidsson, Christian Fischer, Jordan Eberle and David Perron. Los Angeles’ 29 overtime wins since the switch to 3-on-3 leads the league.

-With Drew Doughty’s goal, the Kings moved into sole possession of the most third period goals with 48. They are trailed by St. Louis, Tampa Bay, Toronto, and the New York Islanders and New York Rangers, all of whom have 47 third period goals.

-With his goal – the 98th of his career – Doughty moved within one goal of Steve Duchesne (99 goals) for second place all-time amongst Kings defensemen. By assisting on Marian Gaborik’s first period goal, he moved within one assist of Jim Fox (293 assists) for ninth place on the franchise’s all-time list.

-With his assist on Doughty’s goal, Jake Muzzin moved into a tie with Jaroslav Modry (129 assists) for 10th place all-time amongst Kings defensemen and into a tie with Bob Murdoch (171 points) for ninth place on the franchise’s all-time list of points by a defenseman.

The Kings are scheduled to practice at 11:00 a.m. on Friday, December 29 before flying to Vancouver.