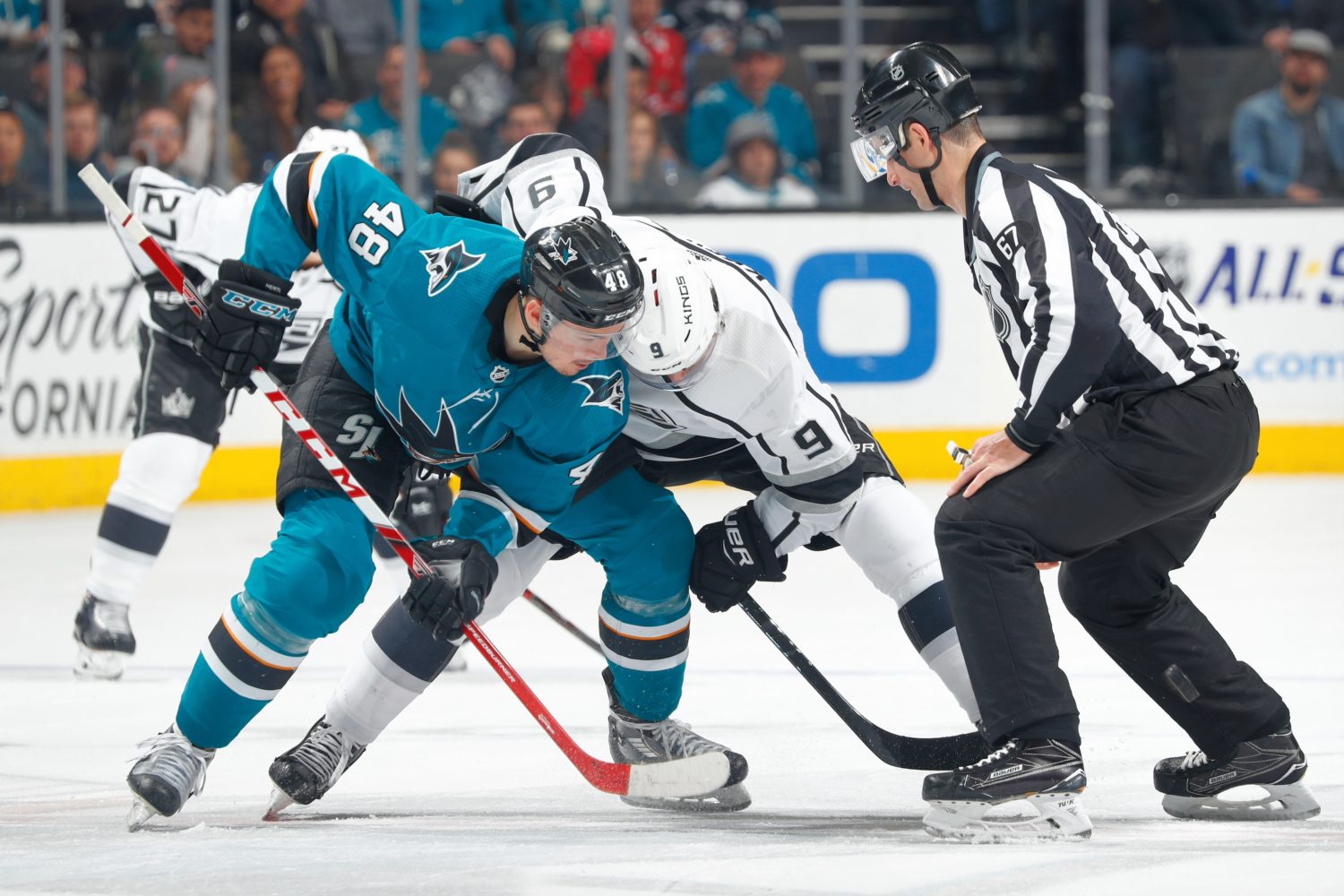 Anze Kopitar, on the emotion throughout the game:
Well it’s a tight game. It’s an emotional game. So you know, sometimes it bursts out a little bit, but I don’t think it was too crazy. Just two teams trying to play hard and sometimes that’s going to happen.

Kopitar, on whether he thought Martin Jones was pretty good tonight:
Yeah, I mean yeah. Obviously he got the shutout. A lot of credit to him, but I think we could’ve done more, absolutely, which is always the case anyway. But they played good. They didn’t give us too much. I thought first period was pretty good on our part, second period we got stalled with the penalties and then taking a few more in the third. You know it’s just not going to create any momentum.

Kopitar, on the team knowing they could’ve been first in the standings:
Yeah we knew. Listen, we’re still in a really good spot. I don’t think there was a lot of people thinking we were going to be in this spot to begin with. So we realize where we are and we also realize that we can’t sneak up on anyone anymore. We’ve got to go out and play hard and in order to win games we’re going to need every single one of us playing at our very best and working hard and competing and doing all the things that we always talk about. But you know, we’ve got this break coming up—it’s definitely going to come in handy. You know, it’s that time of the year where the bumps and bruises come out a bit so to take some time off is definitely going to do us good to get rested up and to get ready for the next stretch of games.

Kopitar, on facing Vegas in the first game after the break:
Yeah, should be fun. I think it’s really, really nice that we start at home and you don’t have to travel so spend an extra afternoon with your families and your close ones so that’s always welcome especially at Christmastime.

Kopitar, on what San Jose did well defensively:
Yeah, they played hard. When they’re on their game their forecheck is very effective and it’s tough to, first of all, break the puck out because they are very aggressive, and second of all, it’s tough to kind of get in their zone and create some stuff there. So we just didn’t do enough of it. That’s the bottom line.