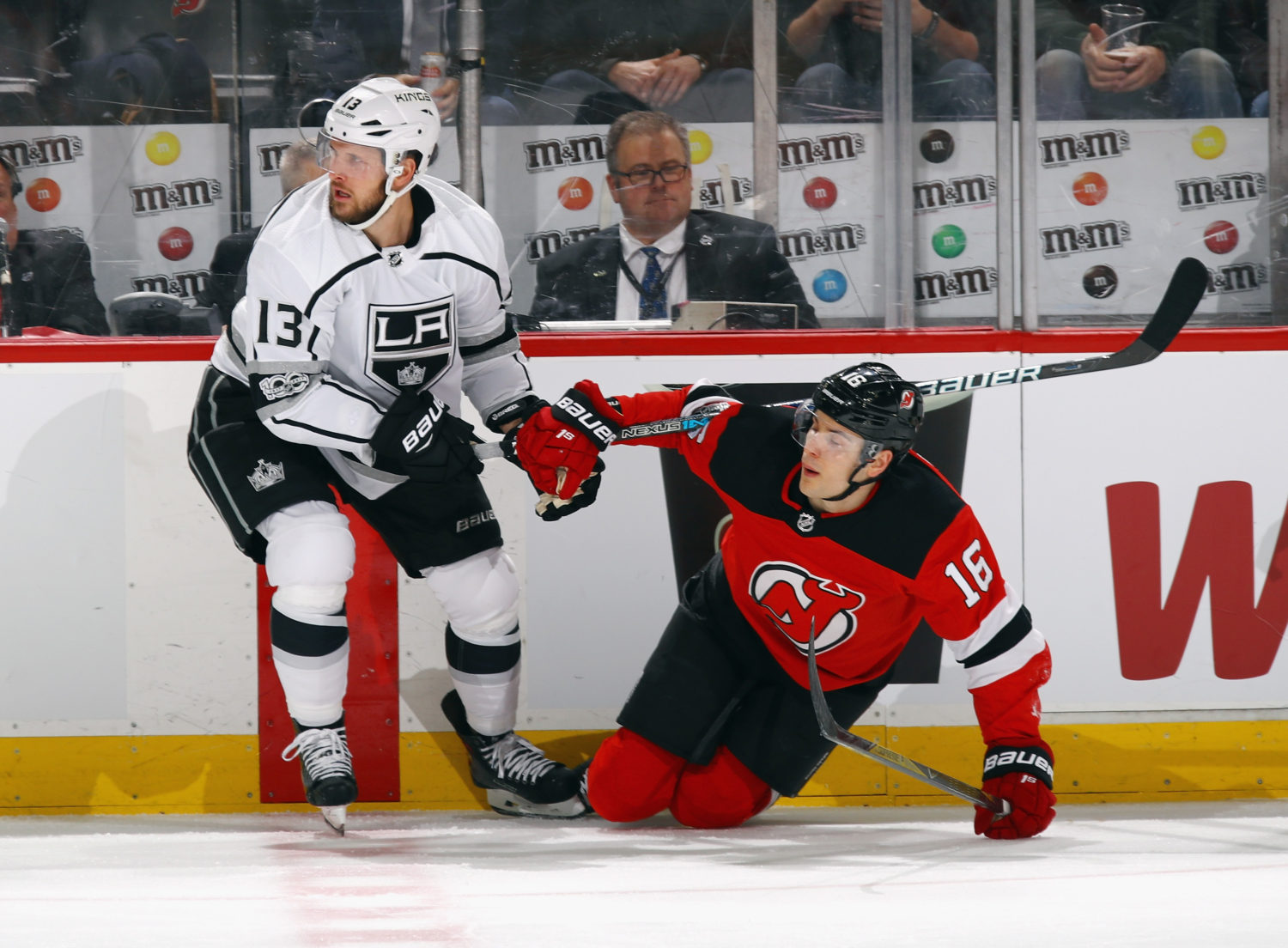 Jake Muzzin, on the outcome of the game:
The guys were a little frustrated and it’s kind of one of those games where the bounces were—I don’t know, I’m not even going to say that. But they didn’t come up with a lot of them. But we regroup. We’ve got a long road trip. Two days here to get ready for Rangers.

Muzzin, on whether the team appreciates the eight-game win streak:
For a second, maybe. But then it’s back to work. Obviously we’re happy with what we’ve done, but let’s not be satisfied with it, let’s push for more. I mean, we’re 30-something games in, still a long way to go. So we’ll take the wins we’ve got and we’ll get better off this game here and like I said, we’ll get ready for the Rangers in the next two days.

Muzzin, on not being able to gain any traction after the slow start:
I was saying earlier, we didn’t prepare properly I don’t think. Like, we’re not surprised at teams anymore coming in and we’ve got to be ready from the start and I think they had the upper hand early and we couldn’t settle in and get into it. Couple mistakes in the back of the net and all of the sudden we’re down two and then we’re down four. So, that’s the way it went.

Muzzin, on the breakdown on Taylor Hall’s second goal:
Yeah it was kind of a–obviously I messed up. I was just trying to pull away and Hall poked it and got a break. —- happens, but I look at it and got better.

Kyle Clifford, on how it felt to be back:
It was definitely good to be back, but like you said, it’s not one we’re particularly proud of and I think this group just needs to have better starts and play that full 60. We can’t get off to the starts we had.

Clifford, on whether the game was an anomaly:
You know, I think there’s some areas definitely that we need to look at and fix. And on a personal level, first game back, there’s definitely some reads and detail plays that I’m going to have to take a look at and adjust as well.

Clifford, on moving forward from the loss:
Yeah, we’re looking to get a good practice tomorrow and get ready for New York. That’s going to be a big game for this club and you know, I think our focus is going to be going in there and having a great start and playing a full 60.

Clifford, on what the keys were to winning eight-straight games:
Just staying with it I think, there’s been times when we’ve had slow starts and have been able to battle back and just the resiliency of this team is amazing.

Clifford, on getting back to work with a practice in Central Park:
Yeah, you know we’ve been part of situations like this with the outdoor games and stuff and I think it’s kind of neat to take it in, but the main focus is on getting prepared for New York.