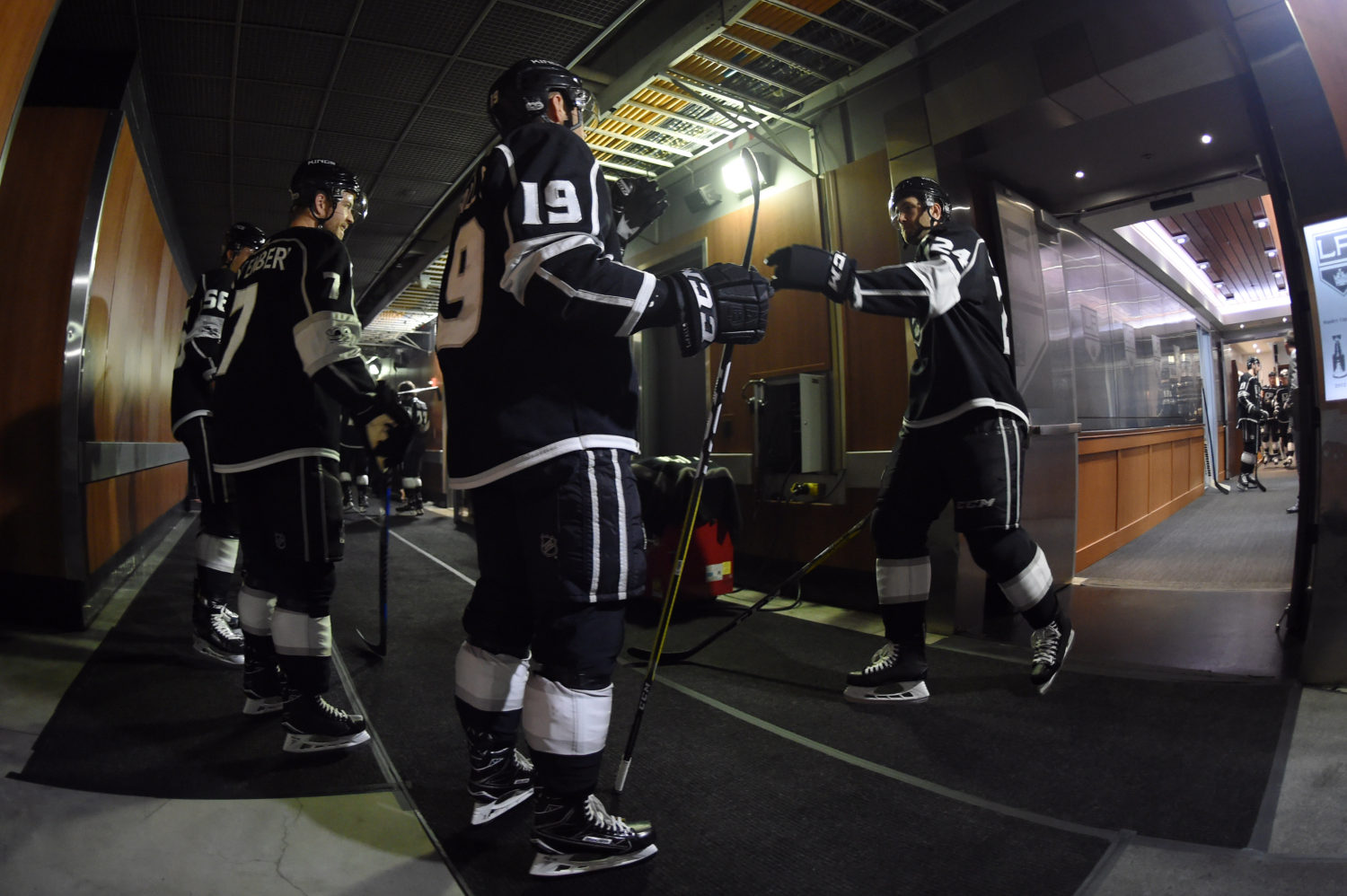 On whether the trip is important to prove to the “remaining skeptics” that the Kings are for real:
Well, I think we’re passed the 30-game mark. We’ve had some ups, and we’ve had some downs, and we still continue to get better as a team. I think we have our own expectations of what’s going to happen. We know we have to continue to get better as a team if we want to make the playoffs. As well as things have gone for us, there’s a pretty big crowd around the top there, and even teams that have struggled a little bit are not that far away. I think it’s been good for us that we’ve had to struggle at times and a little bit of a losing streak at home where we had to figure it out. In the game against Carolina the other night, I think it’s good for us to go through situations like that where things are going well and then they don’t go so well and you’ve got to find a way out of it. But that’s why we do the whole year in five-game segments, because we know over the course of time it’s going to chip away and make a difference at the end. We want to keep getting better as a team. There are parts of the year where you do things well and there are parts of the year where you need to improve, but at the end of the day, you want your team game to evolve over the course of the year, and I think we’ve done a good job with that.

On whether finding ways to win after surrendering late leads strengthens character:
There are two different schools of thought. I believe probably the latter, that adversity builds character and adversity exposes character. I think it’s good when things don’t always go according to plan. I think it’s good when you’re forced to have to fight through some adversity there, and it’s a reflection of the people on your team. I think we have a lot of guys on our team and it’s guys in leadership roles that know how to win. You don’t get rattled when things don’t go exactly according to script and you can still find ways to win a hockey game, and I think that’s going to be important. Your goalie’s going to have to be great some nights, you’re going to have to get scoring from unlikely sources some nights. A guy might have to stand up for a teammate that doesn’t normally do it. I think all those things expose good character that we have on our hockey team.

On whether returning to the road provides “positive recalibration” during a winning streak:
I think this trip’s a little bit of a different animal. We’ve had a chance with two days now to get rested. We have one game now, we have another two-day break. It’s a little bit odd when you go on the road and you have a two-day break like that. One of the teams that was just out here in the same situation – I think it was Carolina – they had a couple days in between and then they’re traveling and whatnot. Minnesota was in that situation. You just have to deal with the schedule as it’s in front of you. I think the whole key at this time of the year, keep the guys focused. It’s a holiday time of the year, it’s going to be a little bit of a grind in the season, but this team has done a good job at their preparation. It doesn’t really matter what we’ve done to this point. This is an important trip. It’s a really important trip to continue to get points and continue to try and play well and build our team game.

On whether Andy Andreoff could play on the trip:
He’s healthy. He’s another option there. Andy’s done a good job with us with the injuries we’ve had this year. He’s certainly a guy that’s going to be an option for us, and we’ll continue to just evaluate each game as it comes along, but he’s certainly an option.

On what he expects from New Jersey:
They’ve been impressive. I think they’ve really given young players some responsibility there. They play really fast. I think their offensive game has been impressive – probably the movement and the way they attack the net and how tenacious they are – and I think their defense is extremely mobile and involved in the attack. They pose an interesting challenge. I think they play a really fast skill game, but I think they play a really hard game, too, so it’s kind of a combination that’s not surprising that they are where they are. They’ve got great goaltending, and boy, they’ve been impressive with what they’ve done offensively, and they play hard. It’s not surprising that they’re not going away.