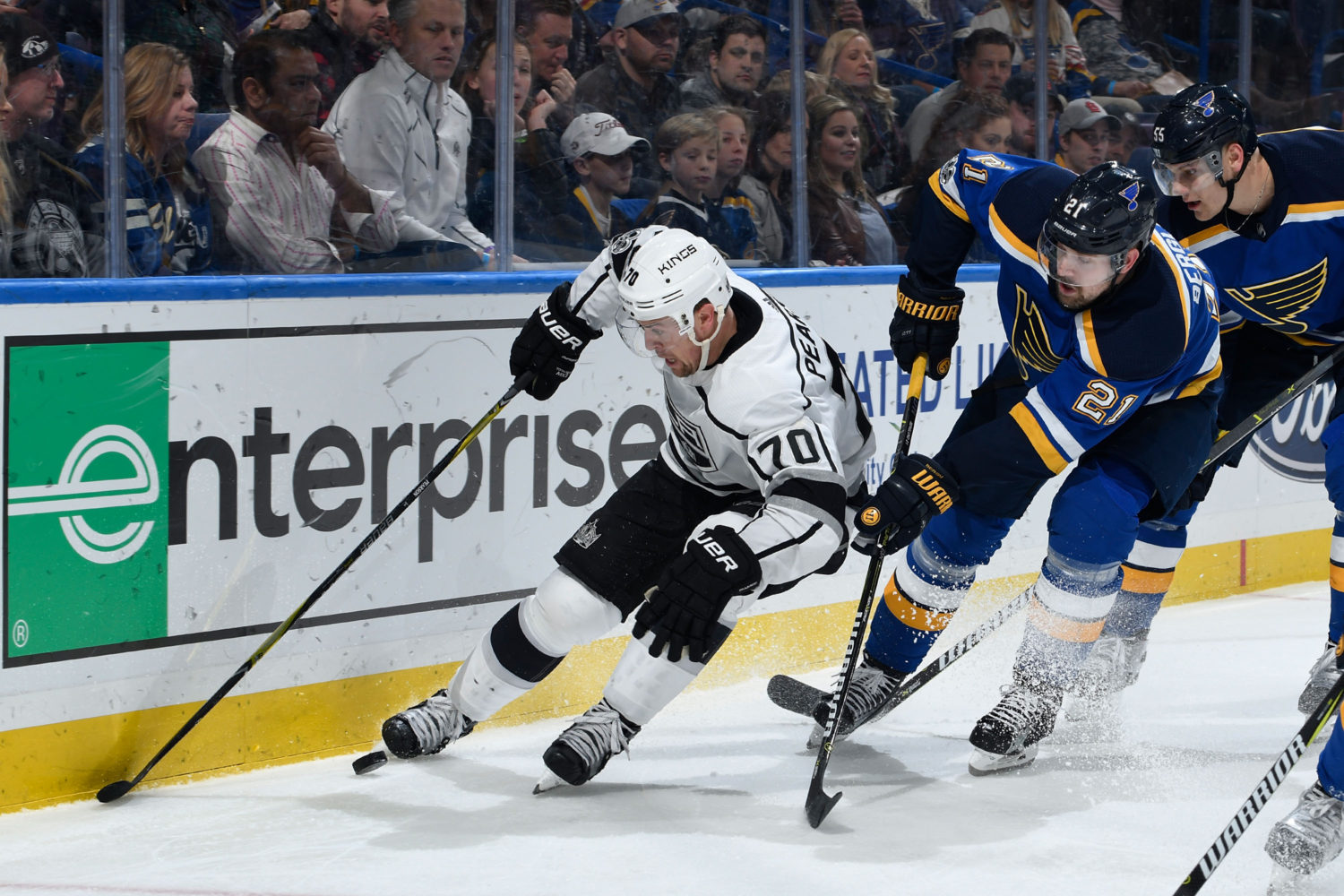 On a “rebound season” for Tyler Toffoli:
I don’t know if I would term it a ‘rebound season.’ I mean, I think his season was really affected by injury last year. I think Tyler’s always been a very opportunistic score, and I think that line with Carter, Pearson and Toffoli is a line we’ve liked back since ’14. With Jeff going down with injury this year, I think Tanner and Tyler have had some good continuity. Their centermen has changed a little bit, but our internal expectations of Tyler, that’s kind of who we think he is. We think he should be somewhere between a 25 and a 30-goal scorer and a guy that can play in all situations.

On whether aspects of Tanner Pearson’s game are overlooked because he’s not scoring regularly:
Yeah, that’s a good point, Daryl. I think Tanner can finish more than he has. He’s had some really good chances, and there are games where he’s had great looks at the net but hasn’t put the puck in the net. He is one of those guys that goals go in the net, and if you go back and look, and he won a board battle and chipped a puck out of his zone, or he got in on the forecheck and got a play sopped up, I think he does a lot of the yeoman’s work that leads to a lot of offense, and I think that’s why he fits well with Tyler – because Tyler usually puts himself in position on those pucks that get turned over that he can do something with them. I think there’s a lot of really good in Tanner’s game, and again, I think Tanner can score. There’s no question that I don’t think that he’s a perennial 20-plus goal scorer. He’s really good around the net, and he really understands the value of being at the net. There’s certainly a lot of small things in his game to lead to good things for the hockey team. [Reporter: Piggybacking off that, he’s always been a high-percentage shooter in his career. Like, the shooting percentage this year seems to be a little bit of anomaly. Everything you said, it seems that he’s doing a lot of other things well, but in terms of just the spots on the ice where he’s getting the puck or shooting or the chances he’s getting, is there any difference between this year and previous years?] I don’t have the raw numbers, but there are lots of games where we come out of those games and Tanner and say, ‘you’re getting all the looks.’ We’d like to see him finish on those looks, but I think he has been getting chances. Whether the percentage is different in terms of the total number of opportunities at different parts of the ice, we’ve liked his game. The road trip we had, going back to the beginning of the year, we thought those guys played really well – the trip that started in Columbus really I think got their game going. I think there’s been some parts of the season where his game hasn’t been as effective, but I think overall, he’s doing the types of things that are going to lead to success as long as he stays with it.

On whether tonight’s game is an extension of the road trip:
We’ve tried to approach it that way. We spent some time yesterday just talking about coming off the road. I think the tendency without even thinking about it is ‘the road trip’s over,’ and you kind of want to know [inaudible]. We put a big value on preparation yesterday and coming home and being ready to play. Minnesota’s playing well. They’re a very good team that’s going to forecheck hard and we need to be ready to go and be dialed in even though the road trip’s over. You have three games at home here, but we’d like to treat it as an extension of the road trip.