Scoop with Stutts: “Do Not Get Comfortable” as Reign Host Gulls Tonight 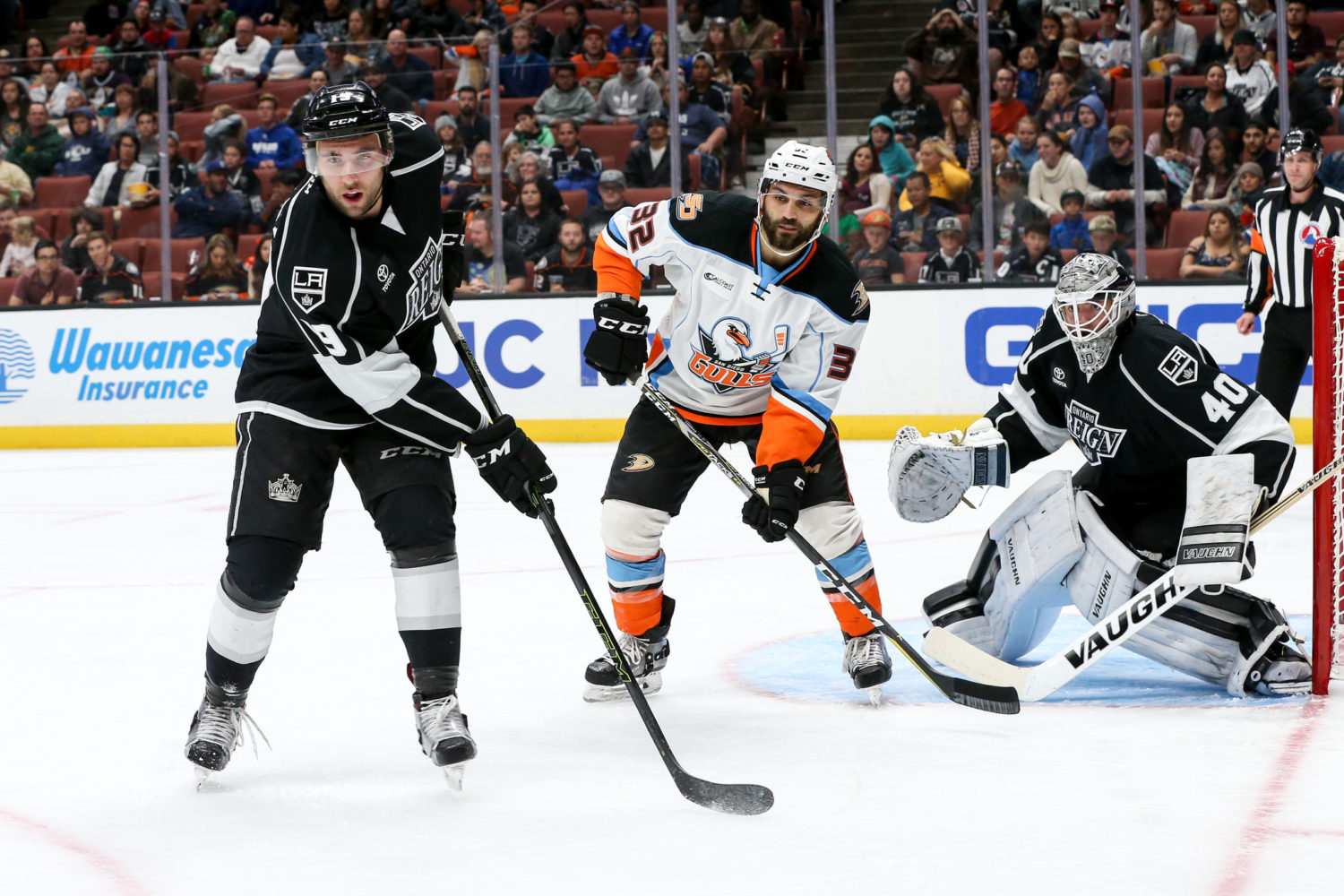 The Ontario Reign are picking up momentum as they enter tonight’s contest (7:00) against the San Diego Gulls on a four-game winning streak and have points in nine of their last 10 contests.

So far in the SoCal Series, the Reign hold a 2-0-1 record with tonight being the fourth of 12 gatherings between the two rivals. Despite the recent success, Reign Head Coach Mike Stothers has stressed to his club to not get comfortable or complacent. San Diego enters tonight’s match up on a three-game losing streak and have had severe roster turnover due to call-ups to Anaheim and injuries.

One weapon that has been consistent for the Gulls has been their power play. Operating at 24 percent, the Gulls lead the AHL, converting on 23 of 96 opportunities.

NOTE: Cal Petersen was the first goalie off the ice for the Reign. Also, as noted by Stothers earlier this week, defenseman Matt Roy will be a scratch due to injury and will not make the upcoming road trip.

After tonight, the Reign take a 13-day, five-game road trip through Arizona and Texas before returning to Citizens Business Bank Arena.