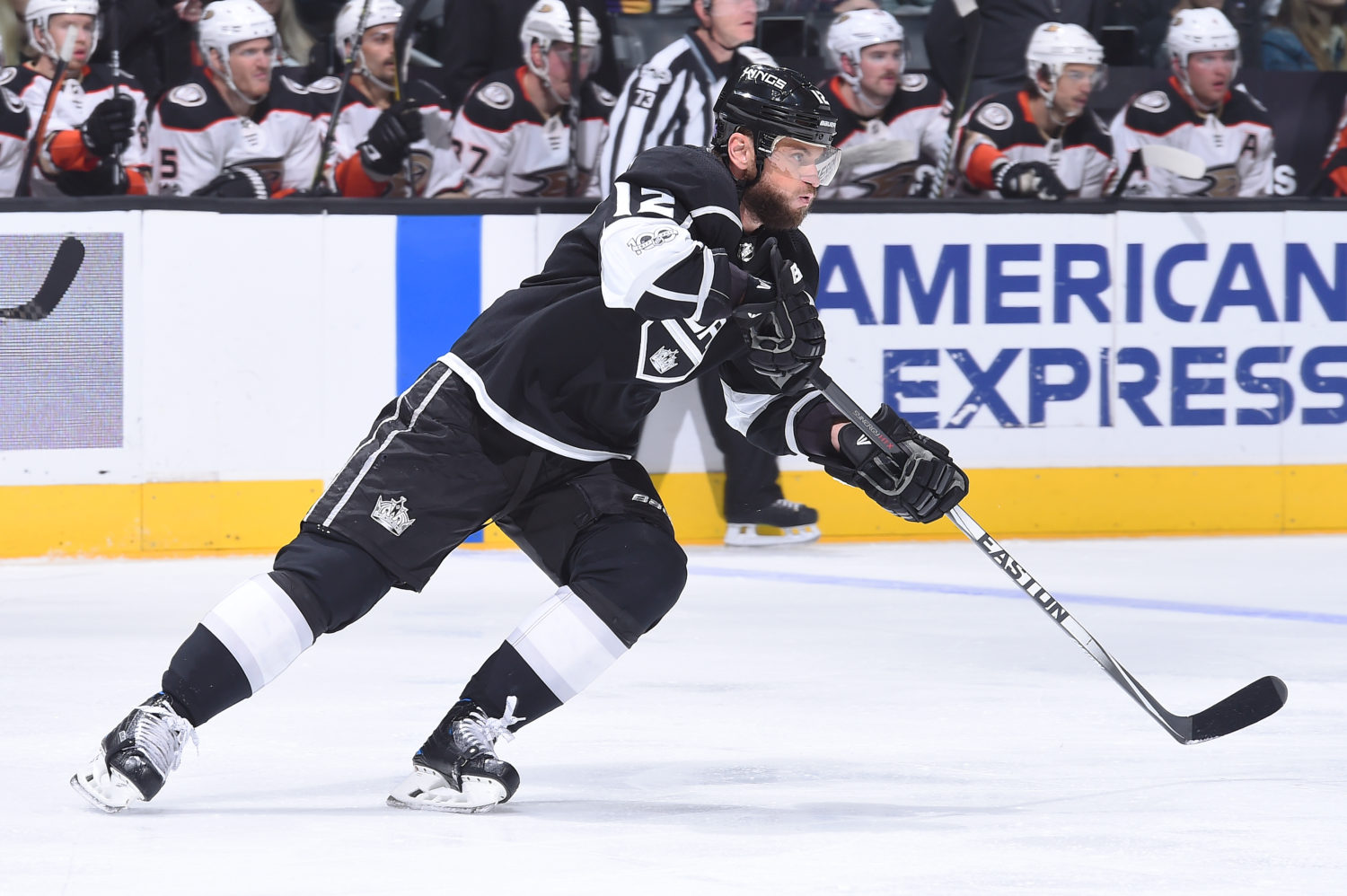 On whether last night’s success derived from connected, five-man units:
For the most part, yeah. I mean, all along we’re trying to build a game that has support all over the ice, and I think in order to do that you need your numbers close together. I think it allows you to play fast, it allows you to get pucks back quicker, and it allows you to make support plays necessary against teams that really pursue and pressure the puck, so we thought overall our team game was good last night. The second period we got some real quality, key saves from Quickie at a critical moment of the hockey game, but I thought overall we did some good things at a group.

On whether the adjustment in defensive pairs had the effect he was looking for:
Well, yeah, we were able to even the minutes out pretty good. Sometimes the change of pairs just changes the focus a little bit, too. You’ve got to communicate a little more because you’re laying with somebody a little bit different. Muzz and Drew have played together lots before. I think that’s a pair that both defend really well and both move pucks really well, and I thought the other two pairs did a good job for us. The other team plays with a lot of speed, their forecheck is extremely effective, and we kind of knew that going in. The numbers tell you that, so it’s something we knew we had to be aware of, and I thought they did a good job, for the most part. But Marty’s comfortable on the right. You’ve got two righties on the right side there. But I just think the change of who you’re playing with forces you to bear down a little more just because it’s somebody different. A little more communication, I think, helps. But I thought it was a pretty solid outing from that whole group.

On whether he was content with Drew Doughty’s 23 minutes in a win:
Well, I think for sure. Especially with the schedule, the way it is, and every game’s tough, but there’s a lot of games coming quickly. 23 minutes for Drew is like a forward playing 12, right? I think he has more energy in his game. He’s even able to get up ice and get in on the forecheck and create a possession play for us that led to a goal, so I think he has that jump in his game if his minutes are in a little better place.

On the Washington Capitals:
I think everyone thinks that Washington has a really skilled, talented team, but I don’t think you realize how heavy of a game they play. They pressure the puck, but there’s areal physicality to how they play, and I think that’s something we’re going to have to be ready for. And then, obviously, their power play is deadly. Ovechkin’s been a real threat all year. Sniping up that power play is always a big concern, so I think special teams will be a big factor.

On why inflated scoring has been maintained past the quarter-pole this season:
It’s a good question. I’m not sure what the answer is. I haven’t taken the time to totally see where all that offense is coming from, but I do think teams are a little deeper with their skill, top-to-bottom. I think teams’ defense as a group are a little more mobile than they used to be, I think teams are getting their defense a lot more involved in the offensive play in trying to spread the zone, which lends to offense, and I think teams are in attack mode all the time. And if you look at how many power plays are over 20%, that’s a little uncommon. So I think a lot of teams would probably contribute. It’s not any one thing. But the game’s definitely getting faster. I’d be curious to see – and we don’t have the stats – the rush goals versus own goals. It just seems like there’s more rush play in the game than there used to be because it’s played so fast. That could be a contributing factor, as well. [Reporter: And the defensemen are jumping up in the rush a lot more.] Not so much that they’re jumping up, but they’re getting plays up, or people are leaving the zone so quickly on a change of possession that it usually leads to a chance on the rush. Quite honestly, we’ve seen more of that this year than probably in previous years.

On whether it was “natural” to put Adrian Kempe and Marian Gaborik together:
It wasn’t really natural. We liked Kempe, Toffoli and Pearson for a while, but we think that line is responsible, and there’s really good speed in all three positions on that line. Lewie’s like Drew – it doesn’t matter who you put him with, it seems like the line plays well. He just does everything right and he’s very responsible and he still makes plays, so we just like the line. I mean, I know it’s only short term, but we like the line because it carries a lot of speed. It’s got a little bit of different elements on each line, and I think any time a line has that much speed on it, it can really put pressure on the other team, both with and without the puck, and I thought they did that last night. [Reporter: In your experience, is that a dynamic that when and older, veteran guy that’s with a young guy, can they feed off each other’s energy that way] I think they can. I think in Gabby’s case, he’s just a really good person. He interacts as well with the young guys as he does with the old guys, and I think his personality is very conducive to a guy like Adrian feeling comfortable there, and then the same thing with Lewie. Lewie’s right in the middle of everything, right? He’s as good of a secondary leadership guy as you’re going to find in hockey. I think those guys have chemistry because they all get along really well.