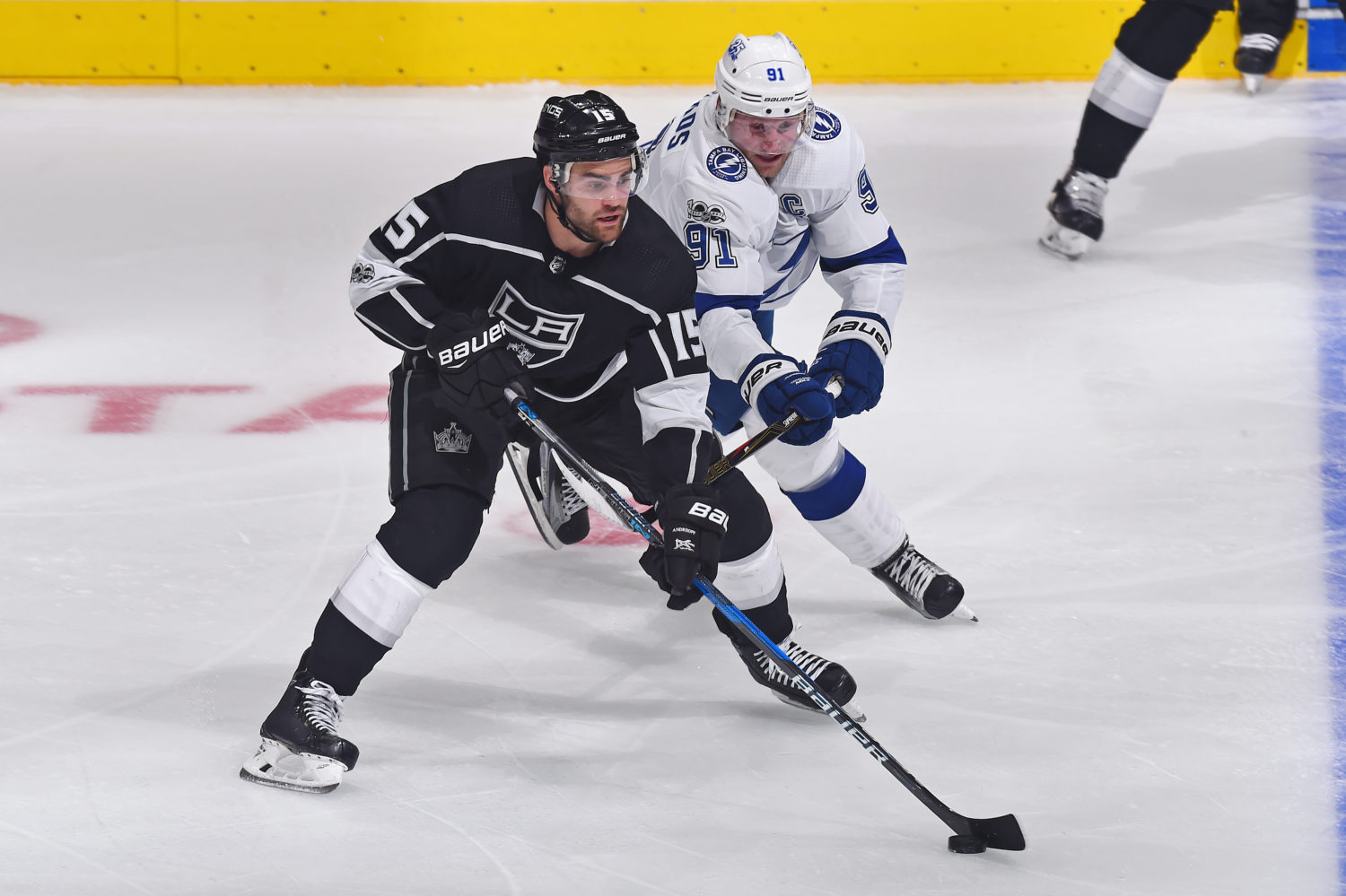 A quick note to pass along before warm-ups: Andy Andreoff has been placed on injured reserve with an upper-body injury, retroactive to November 25. Andreoff did not travel with the team to Detroit at the outset of the four-game trip, which concludes Sunday in Chicago.

Andreoff, who was punched in the jaw when squaring away with Anaheim’s Kevin Bieksa on Saturday, did not return to the game after the hit, and on Monday, Head Coach John Stevens said that the player is in “rest-recovery mode.”

“You never like to see a player get injured,” Stevens said Monday. “I’ve got the utmost respect for guys that go out there and stand up for their team, and unfortunately that’s part of the business, and when you do that long enough, those things do happen. Andy’s a real good team guy, and I think there’s going to be a speedy recovery and back with us sooner than later.”

With the transaction, Los Angeles’ roster now stands at 22 players. Jeff Carter and Kyle Clifford are also on injured reserve. Clifford (upper-body) traveled with the team, but skated in a non-contact jersey Monday and Tuesday and probably won’t return on the current trip. Carter (ankle surgery) remains out long-term and is not projected back for months.