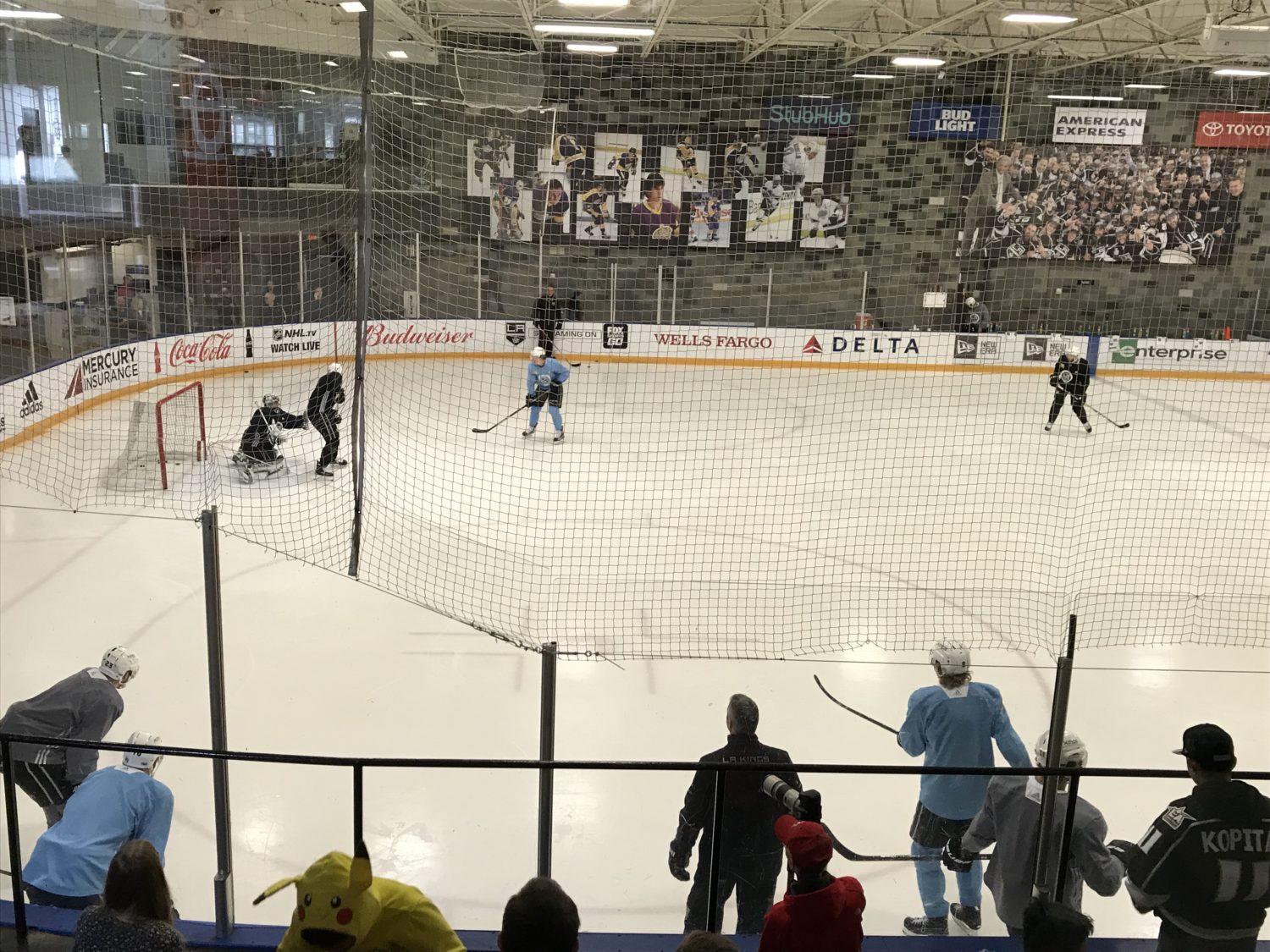 Good morning, Insiders. A happy Tuesday to you.

Regular practice notes will follow, but in advance, a few notes related to personnel to pass along:

-Tanner Pearson is back with Adrian Kempe and Tyler Toffoli, and Alex Iafallo with Anze Kopitar and Dustin Brown.
-Marian Gaborik is on… an actual, three-person line? He’s color coded with Jussi Jokinen and Jonny Brodzinski.
-Brooks Laich is skating in a black jersey with the defensemen, and there’s no one on Gaborik’s line who has played center consistently in a game for Los Angeles this season, so it’s possible that he could end up skating with the purples on Wednesday. Or another line altogether. Or not play at all.
-All active players were present and accounted for.

And, a Gabriel Vilardi update:

Expectation is LAK will soon be returning 2017 1st rounder Gabe Vilardi to WDR of OHL. Vilardi hasn’t played this season due to injury rehab but is probably two to four weeks away from being cleared to play games.

-More to come, Insiders. Thank you for reading…