Waking up with the Kings: November 20 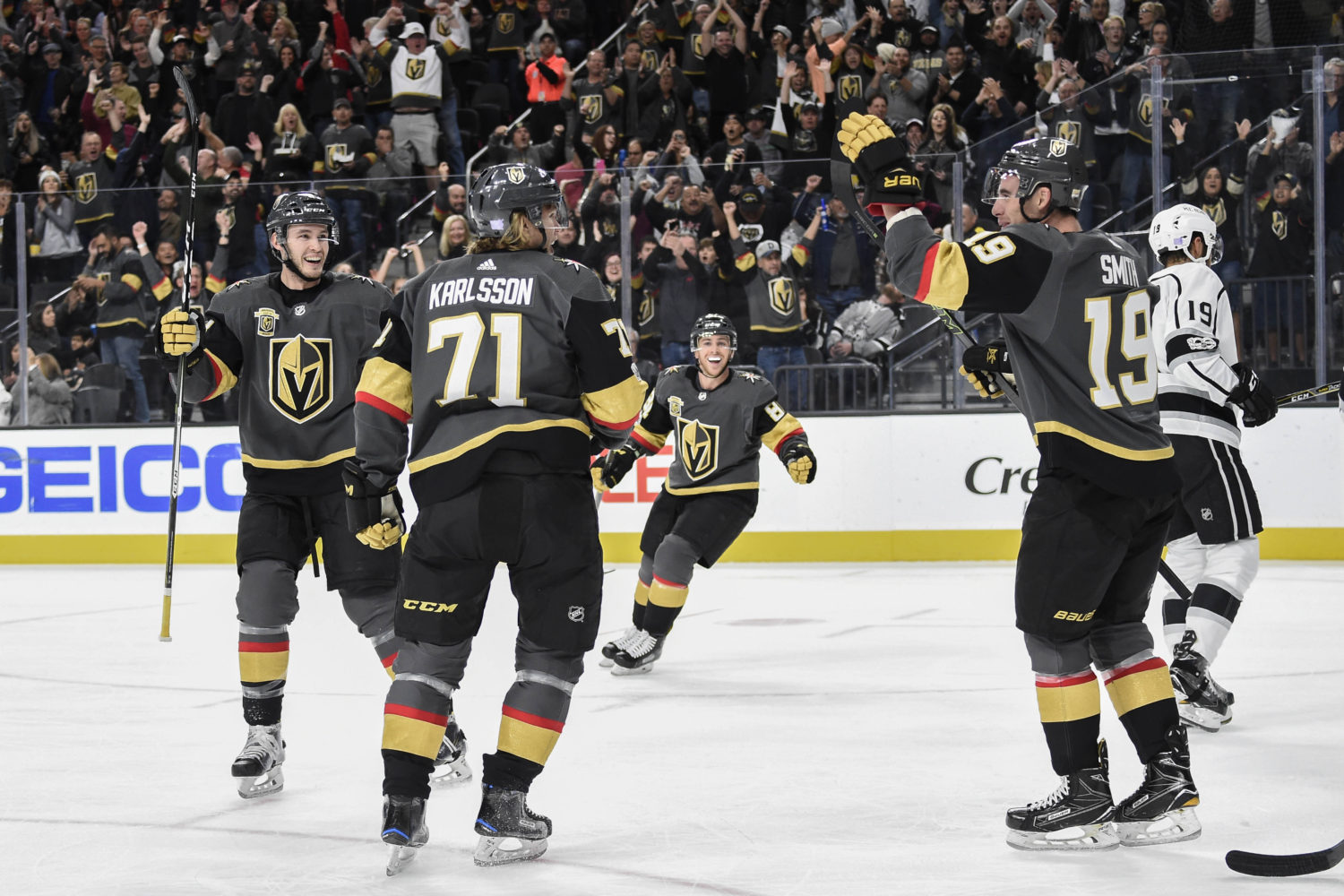 It’s not a great visual observing Jonathan Quick in a game where he just doesn’t have it. It’s difficult to think of him in the tunnel after he’s left the game, knowing how hard he takes things upon himself and what he means to the cohesiveness of a group he’s bailed out many, many times. He provides percussion to the team’s pulse, he’s one of the most exciting and fiery players to watch at any position, on any team. He fought Joe Thornton. And some other dudes. On Sunday, the Los Angeles Kings essentially played the same relative style of game we’d seen from them fairly often this season, only this time, their goalie wasn’t their MVP. In the eight games since jumping out to a 3-0 lead against Toronto, Los Angeles has been outscored, 12-5, in first periods, and outshot, 90-75. The poor starts have been a symptom of the recent slump, but even when the team was winning games, they were still fairly frequently giving up a few too many shots and chances. On Sunday, the law of averages brought Quick’s save percentage down to a still-outstanding .926, and the team’s record down to 12-7-2, which is still good for first place in a Pacific Division that is going to have to account for Gerard Gallant’s Vegas Golden Knights. 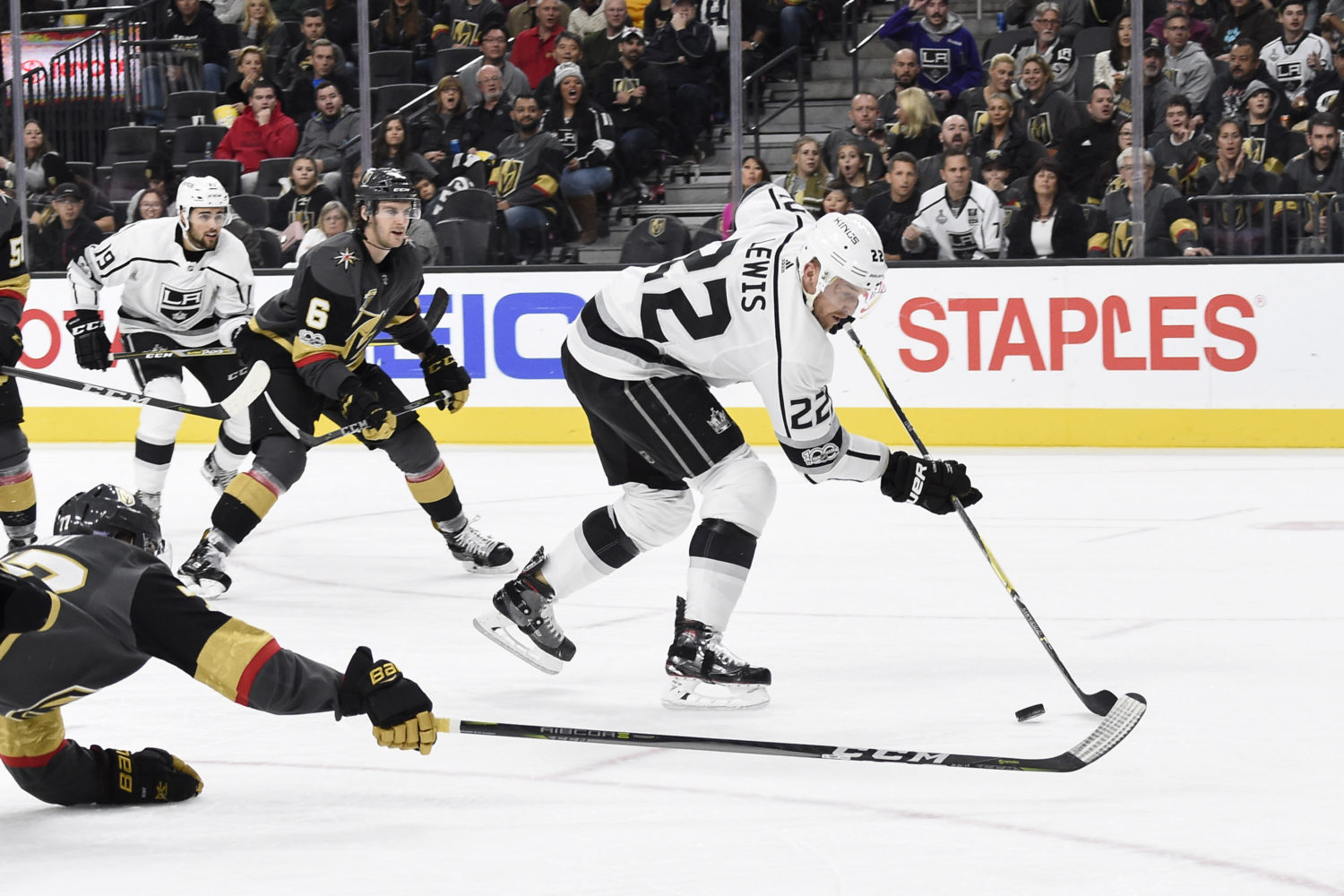 Vegas was as advertised: fast in attack, fully committed to winning puck battles, successful in getting out of their zone quickly and dedicated to a team game that has minimized excess strain on a depleted goaltending chain. They continue to ride a swell of excitement in their home building and fully take advantage of the raucous expansion season support. There were plenty of Kings fans who traveled, and the team didn’t exactly provide them with a surplus of opportunities to make noise, but T-Mobile Arena was not quite Honda Center East. Nearly every seat was filled, and the immediate novelty and spectacle in which Las Vegas is represented in a major, professional league – and look awfully good in doing so; seriously, they’ve played an exciting, attacking game at home – has made for a loud, partisan crowd in an area that has been thirsty for non-gaming family entertainment for years. On Sunday, the Golden Knights generated a number of quality opportunities off the rush in the first period, leading a coup against the Kings, whose five games in eight days didn’t provide for tip-top individual performances. 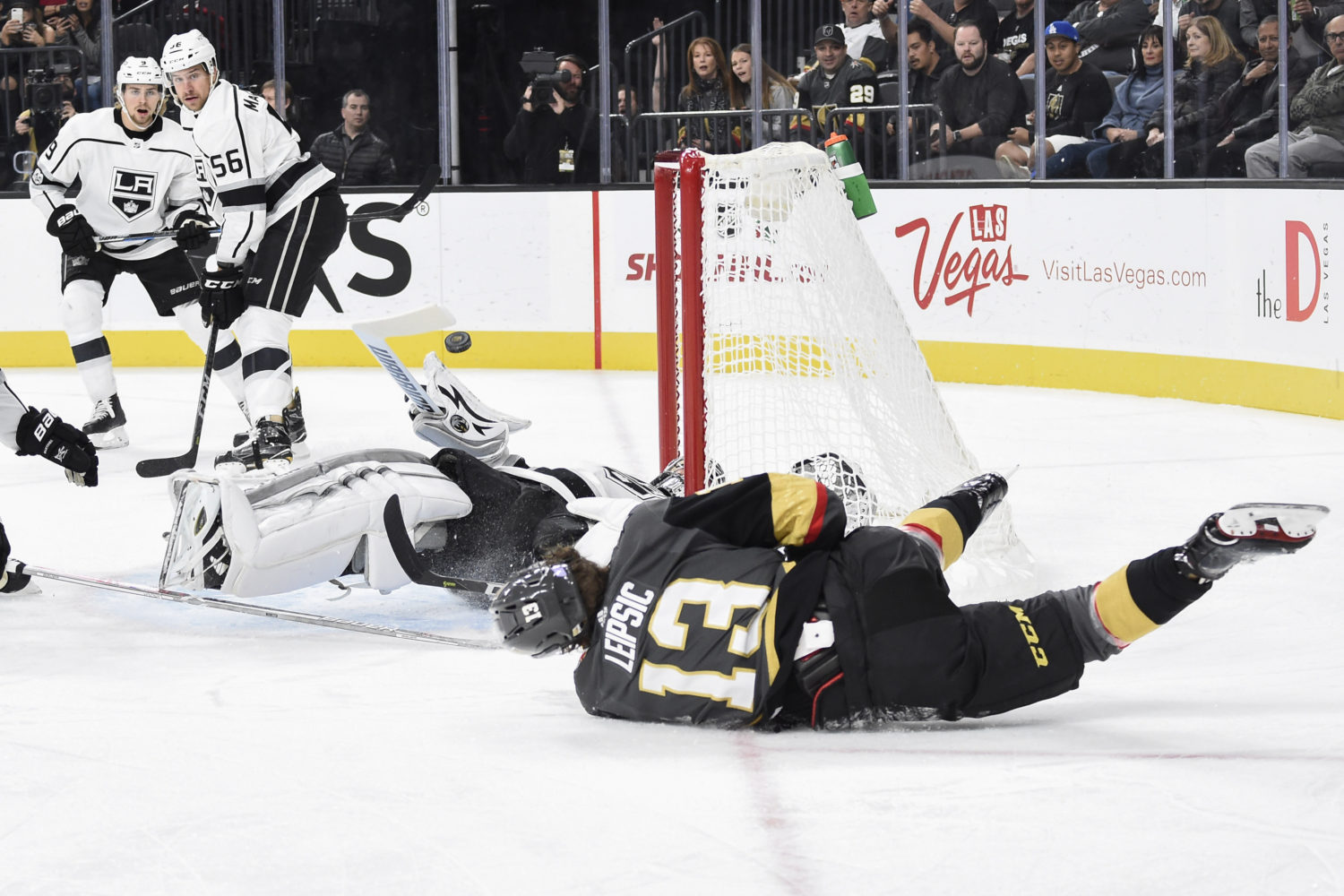 There were silver linings to emerge as Los Angeles was eventually able to gain some lift from its performance. Nic Dowd’s line played with regular offensive zone time while the team was struggling in the territorial battle over the first half of the game. For the second straight game, Dowd was making plays along the wall in attacking territory and successful in establishing a forecheck that wasn’t universally applied across all four lines. Darcy Kuemper got a heavy workload in over the weekend and didn’t allow a single goal, allowing for the team to put itself in position to tie a game in which it trailed, 3-0. He turned aside a 20-shot second period onslaught. Alec Martinez has been playing a bit too much in his defensive zone and is yet to cash in offensively at the same rates as recent years, but with five more blocked shots, he moved into a first-place league tie in that category. It’s not necessarily a good thing to block that many shots, because it means you’re playing too much in the defensive end. Last night’s game brought Los Angeles’ possession rates into the red, and the minus-17 five-on-five shot attempt differential was the team’s widest discrepancy of the season, but Martinez does have a successful technique to his shot-blocking approach, and the willingness to throw himself regularly into pucks. Monday’s off-day comes at an appropriate time. 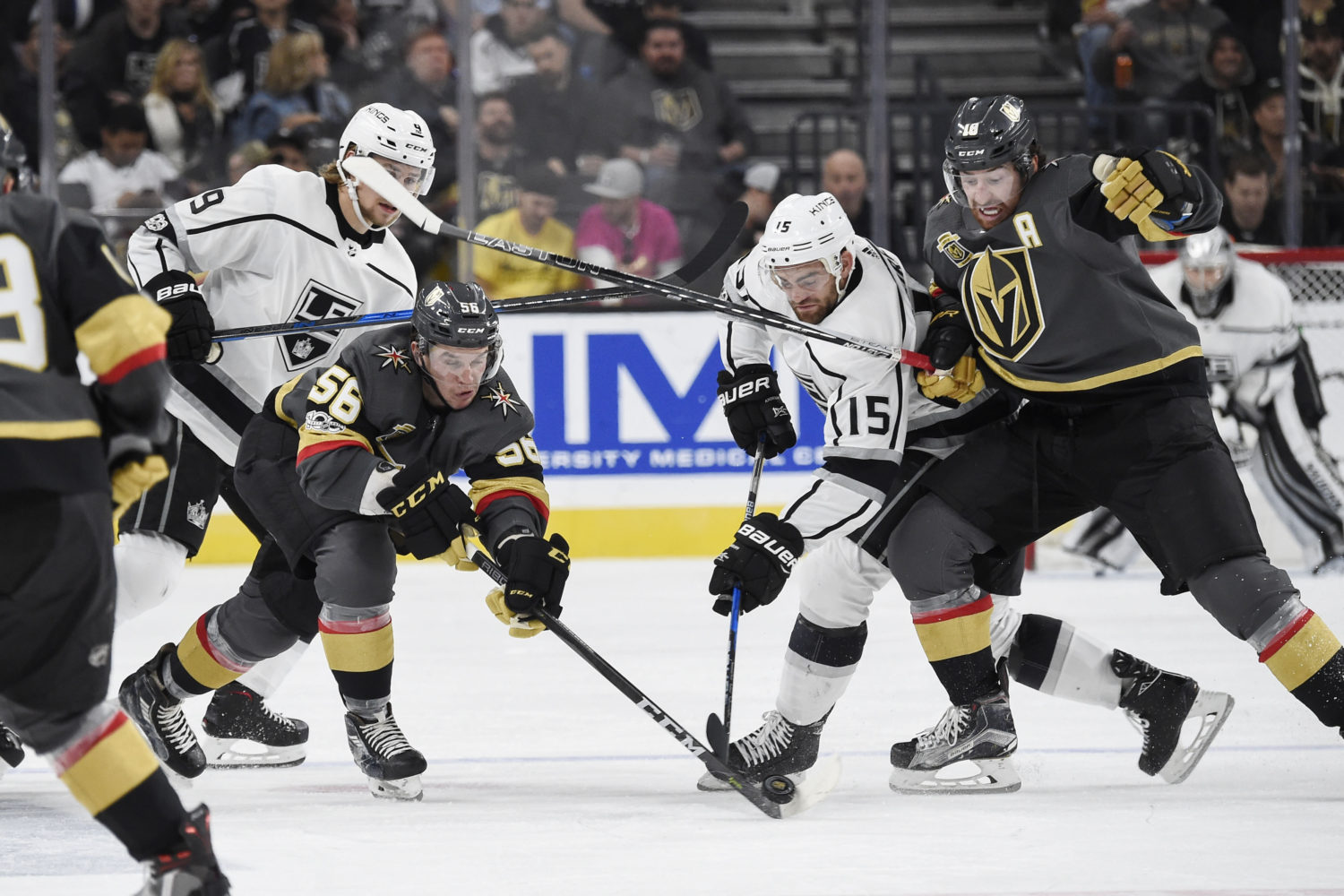