Waking up with the Kings: November 17 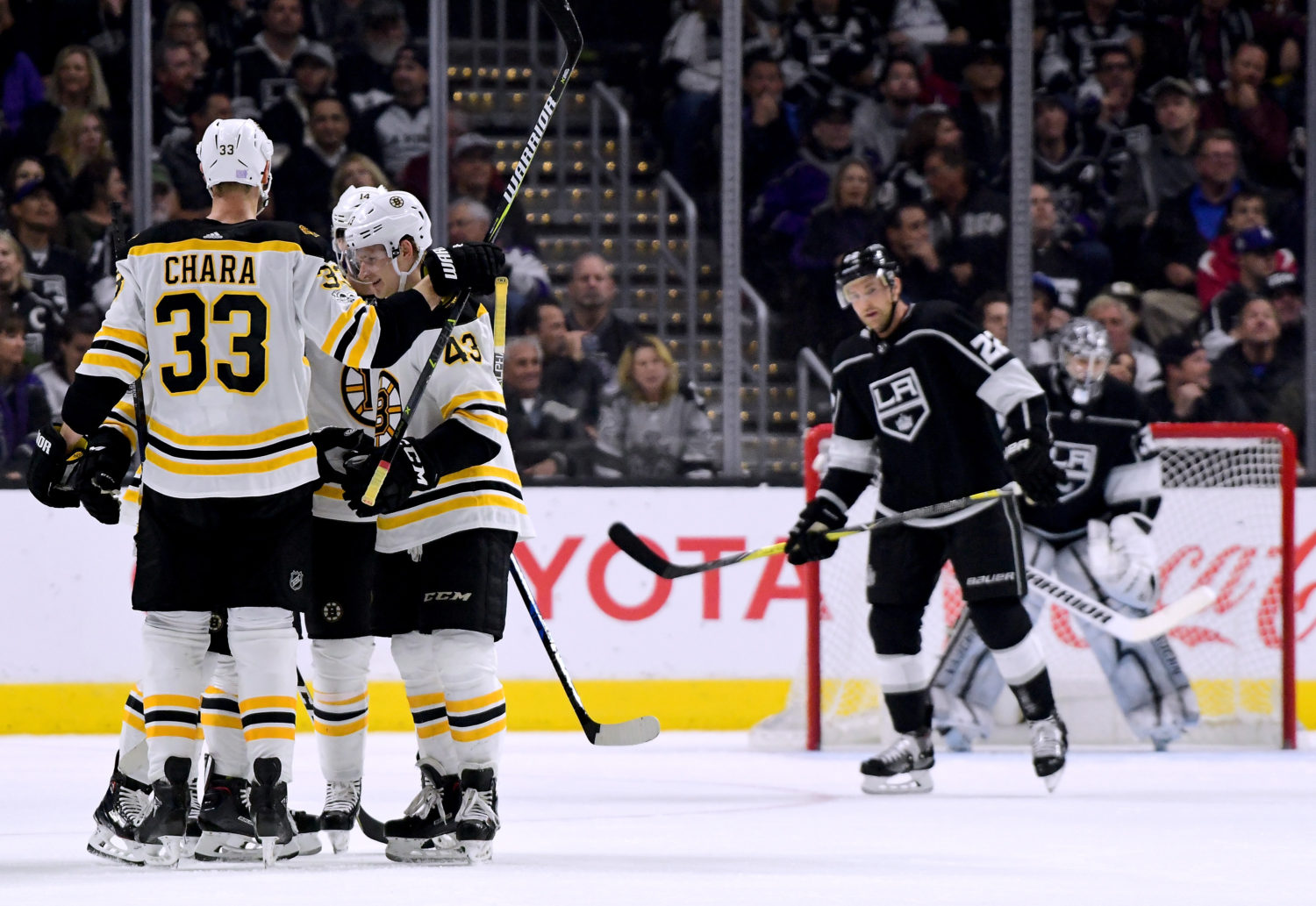 Any thought that the Los Angeles Kings would emerge from a three-game home skid with a forceful, 60-minute performance were ended quickly during a passive first period in which they struggled to evade a consistent Boston forecheck and as a result spent too much time in their own zone. There was good physicality from both sides on Thursday – and, largely, physicality/compete/etc/etc weren’t really the issues in the 2-1 loss to the Bruins – but little spark from the home team until they fell behind 2-1 midway through the game and raised their performance as it progressed. There were glaring defensive miscues that directly led to Bruins goals, which is often true of any NHL goal scored, but for a team with the checking and smothering defensive history as the Kings, it’s uncharacteristic. Charlie McAvoy is going to be a star in this league, but Los Angeles made mistakes in defensive zone coverage directly off Patrice Bergeron’s faceoff win against Adrian Kempe. McAvoy easily evaded Tanner Pearson, and with Kempe out of frame, Drew Doughty was forced to cover Bergeron in the high slot, and Derek Forbort didn’t switch off Danton Heinen at the far post. “The seas parted,” Jack Edwards said of a play in which a symphony of errors contributed to a defenseman skating untouched from the right point into the low slot. On the game-winner, Nick Shore had a chance to clear the puck on the penalty kill before getting to his own blue line, where Heinen and Frank Vatrano converged on him and forced a turnover that led to Zdeno Chara’s goal. Here’s the question: are the Kings slumping, or is this essentially who they are in the absence of Jeff Carter, Kyle Clifford and Marian Gaborik? 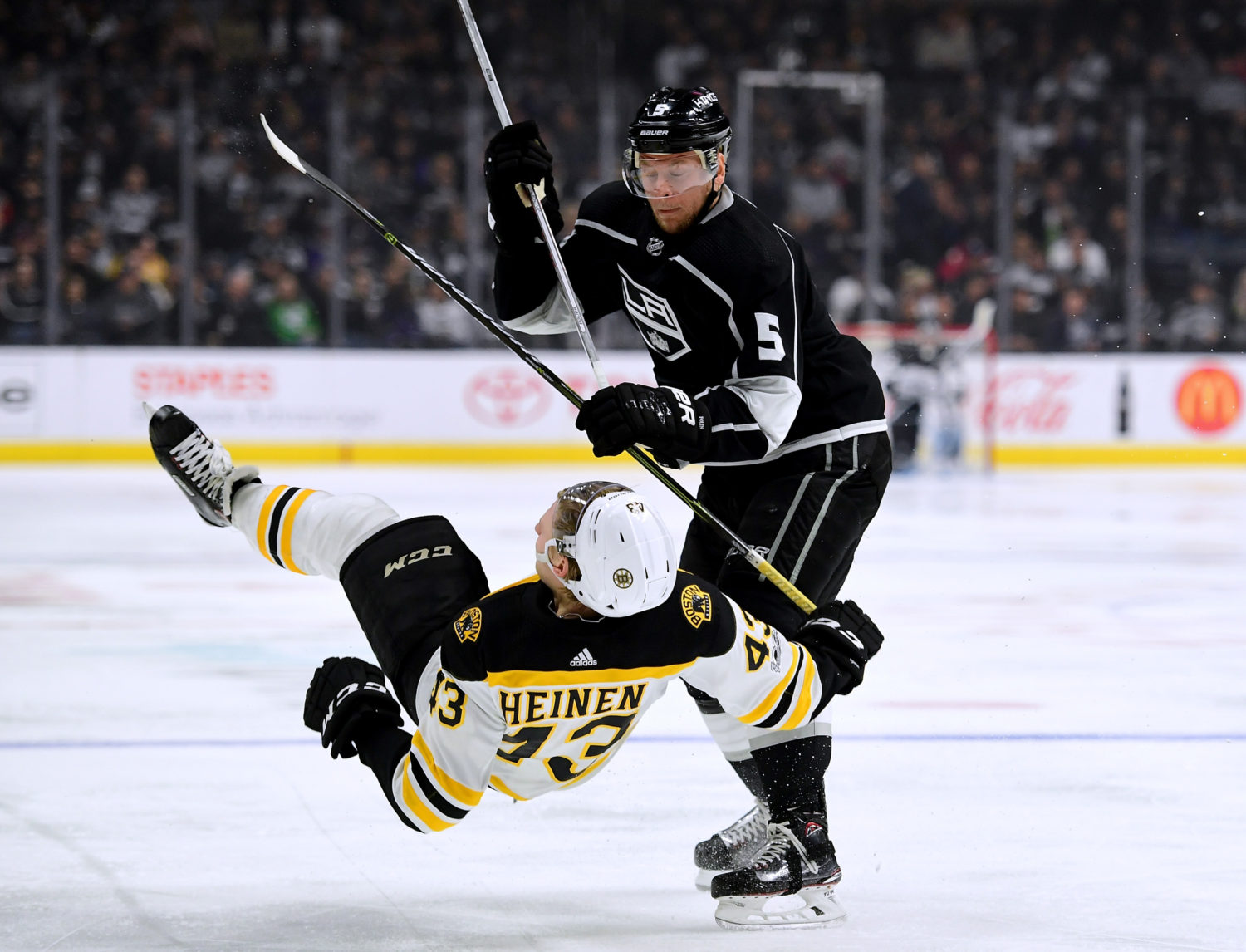 An observation I keep seeing is that the Kings have reverted to the Kings of several recent seasons. There are very few similarities between this team’s current challenges and the challenges of recent years. Los Angeles built an empire out of being a heavy, forechecking, waves-of-pressure team that was airtight in its defensive zone, where it competently suppressed shots and spent very little time. This current team has been scoring more but is yet to demonstrate such sturdy acumen in defensive play and controlling a game. Last night, the Kings allowed at least 30 shots on goal for the 13th time in 14 games. Their raw possession rate ranks 14th in the league. Their shots against per 60 minutes is the 12th highest rate in the league. Their scoring chances against per 60 minutes is the fourth highest. These are still issues that have to be addressed for the team to find consistent success, especially in the type of 2-1 game that was played last night. They were also issues early in the season, but when Jonathan Quick stopped 94% of the shots he faced, and when the team was averaging three and a half goals per game, they were able to mask some early season structure that was still under construction. With six goals scored over the last four games, and Quick reverting to being “simply very good” instead of “Mutianyu Great Wall,” they’ve dropped four straight games at home. 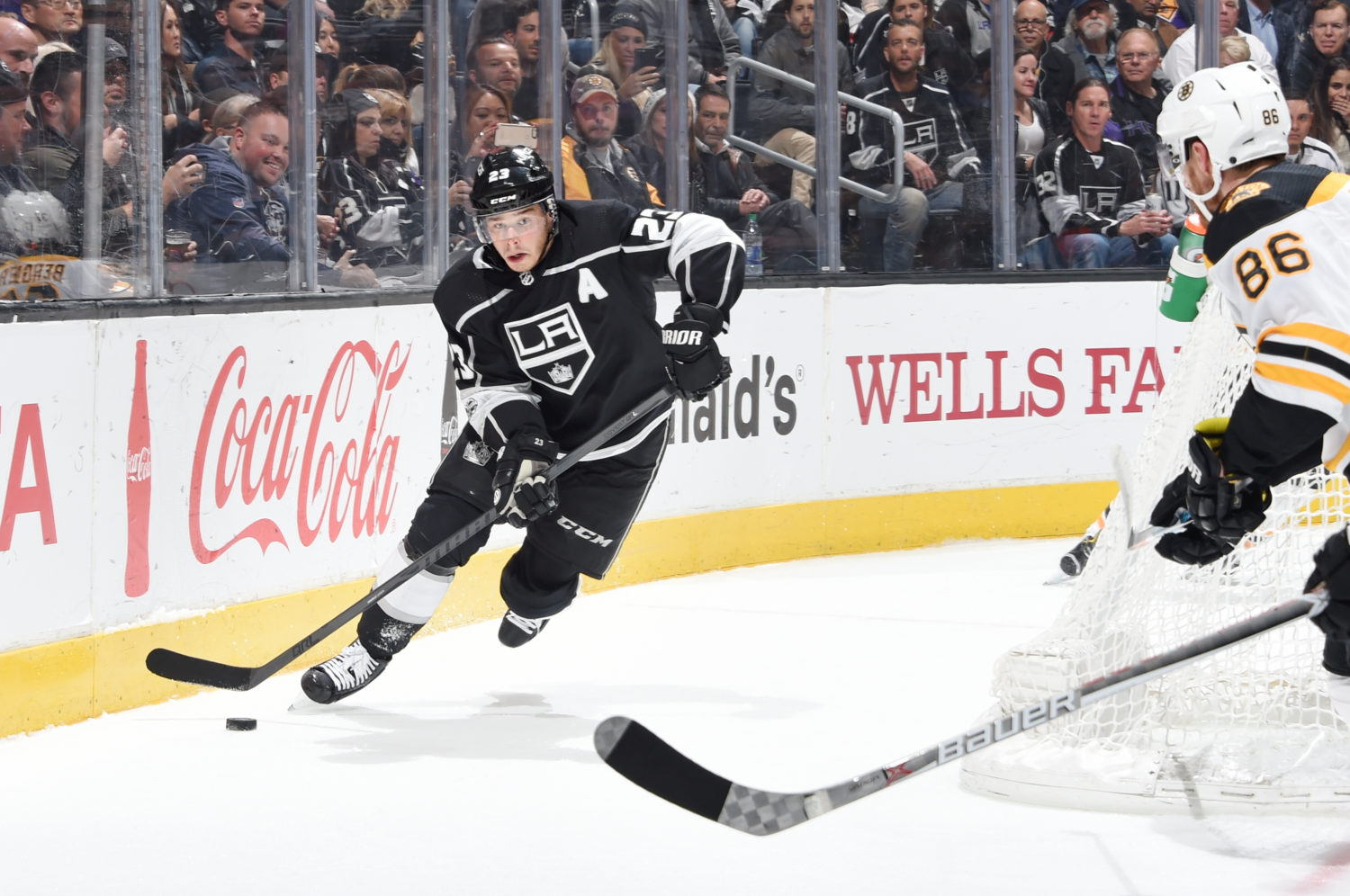 As alluded to above, unavailable personnel also presents a significant challenge at the moment. Thursday’s game was the first game since a 4-3 shootout loss at Madison Square Garden on February 17, 2011 in which the Kings played five rookies. (Those rookies were Trevor Lewis, Alec Martinez, Kyle Clifford, Andrei Loktionov and Jonathan Bernier; stick tap to Jack Wilson and STATS for passing the note along.) As a rough estimate, Jeff Carter is out for another three months, give or take. The Kings’ center depth has been depleted, and beyond Anze Kopitar, who has been tremendous, there just aren’t enough effective and experienced natural centers to consistently off-set the loss of such an integral part of the team’s core at such an important position. The Kings had been sustained on their successful road trip by both the tactical and emotional changes in the coaching staff, and the pinpointed focus of needing to rely on an effective team game in Carter’s absence, but seasons are 82 games long, and Los Angeles is no longer sneaking up on opponents. Until changes are made in the group’s mindset and ability to facilitate better starts and sustain them, they’ll be challenged to break out of this current mold. 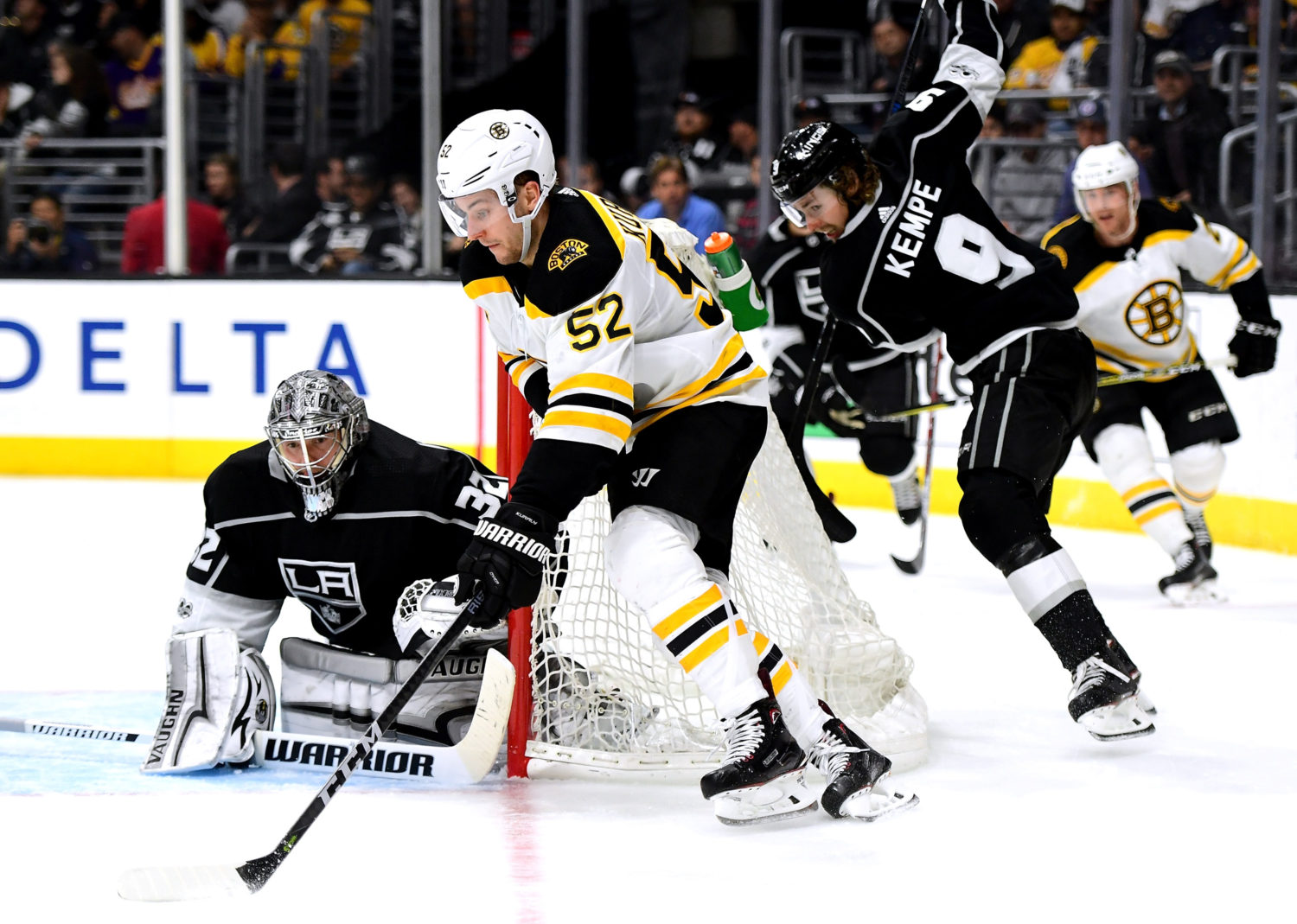