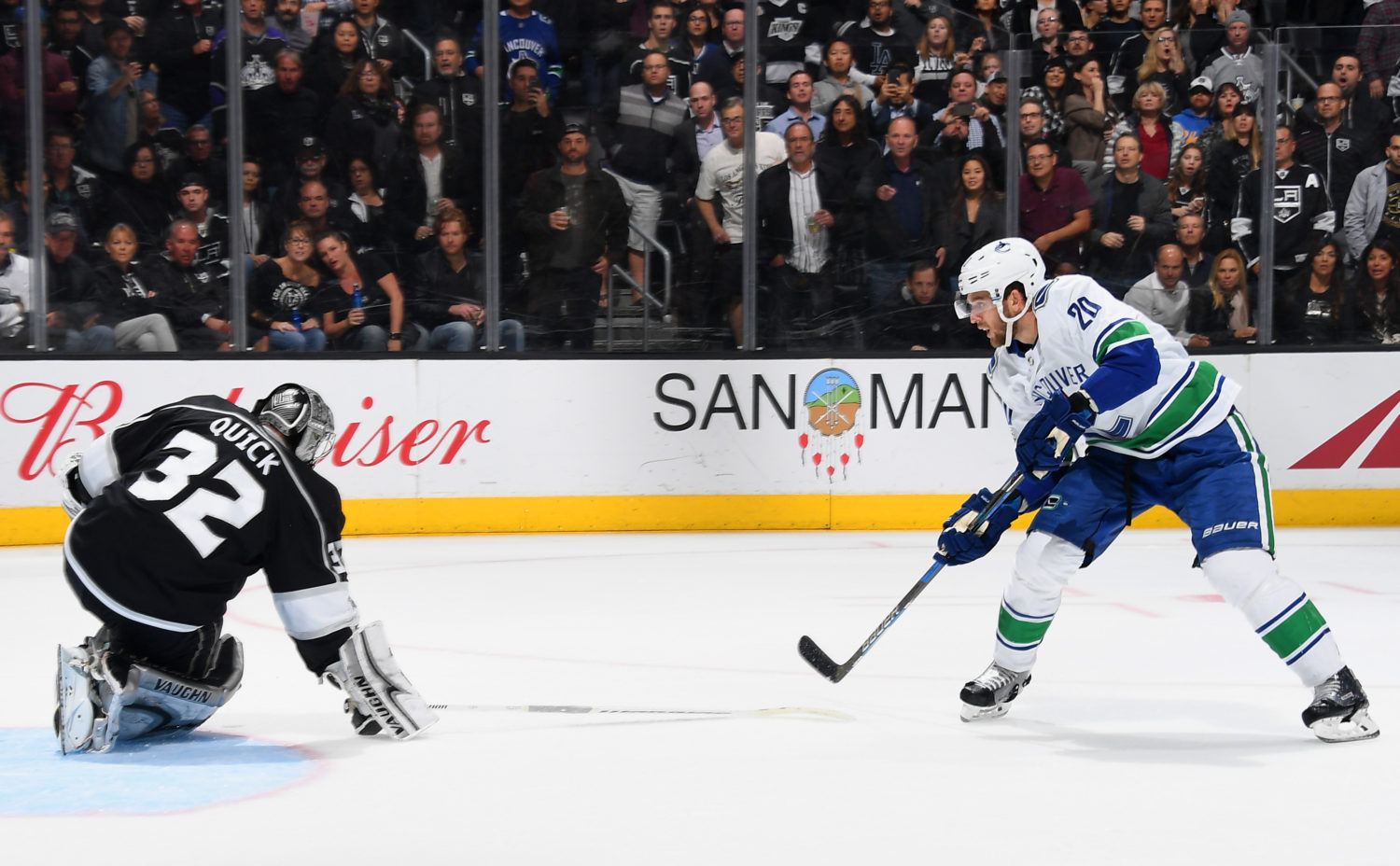 On whether he’ll balance what can be improved with what the team has done well in meetings:
Well, I think it’s important. We’ve said all along, even when we were winning games, as long as the message is honest, it’s well-received. We were very honest when we were winning games that there were times where we did some really good things, and there were the things that we needed to do a lot better. It’s no different now. Look at last night – we got off to a great start we wanted, and we got off-track and kind of got away from our identity and allowed Vancouver to get the momentum in the hockey game. I think it’s important that we get the guys together, we talk about what happened, we identify those areas and just make sure it’s a clear, honest message to the group.

On a reference to needing to “simplify” when looking to improve breakouts:
Well, you simplify things, I think, over the course of time. You see forechecks that are a little bit different, but you’re going to know what you’re up against, and I think it’s important to go back and have a clear understanding of what the plan is, and you still need guys to make plays with the puck. I thought last night we put pucks into areas that made the forecheck easy for them, but I really think last night, if you look at it, our neutral zone play and our D-zone play wasn’t up to the standard that we’d like it to be, and that really affected our ability to forecheck. You spend too much time in your zone in those situations, when you do get a puck in, you have people changing all the time, and shift length gets too long and the pace drops off and momentum goes the other way.

On trying to cut down on stretching the play when hemmed back in the defensive zone:
There’s always things being addressed as the game’s going on. We had some issues, obviously, in the neutral zone last night that we tried to address right away, but I think our puck management in general was something that we were trying to get a handle on there right away, especially in the second period where it becomes a problem. We have reminders and we have phrases and as coaches, we have iPads on the bench, so it’s not that difficult to try and get it back, but in the course of a game our emotions are going on and things are happening, you’d like to get a handle on it a little quicker than we did last night. I thought the third period we got back on track a little bit, but momentum had clearly swung in their favor. You just need to play the game the right way all the time, and you give the guys the key points in what that means. Lots of times it can direct you in the right way.

On whether teams are playing the Kings differently than earlier in the season:
Not really. Every team’s a little bit different. I think their schemes are a little bit different. I don’t think we’ve surprised anybody this year, and I don’t think anybody’s surprised us, to be totally honest with you. It becomes a matter of execution. Teams, it seems like they’re a little more aware of some of the things offensively when we get into zone play, but other than that, both teams pretty much have a script on each other when you go into a hockey game. It comes down to execution and it comes down to a competitive spirit.

On Andrew Crescenzi’s first game:
I thought he was O.K. The first game, I think, is tough. But he’s a big guy that thinks the game well that’s going to be good on faceoffs, help us on the penalty kill and just give us some quality minutes and stability on that line, so that’s what we were looking for from him. I think the first game for any player, even though he’s got a little bit more experience at the pro level, is a good first step. It gives you a reference point of what to expect in the league, and then hopefully he gets better from there.

On whether Alex Iafallo was OK after being boarded last night:
Mm hmm. [Reporter: Did you think that should’ve been more than a minor?] More than it was? Probably not. It’s one of those plays where the puck gets in. I think the player, Edler I believe, is trying to get in there. He turned to try and protect the puck, and he’s a big man. I don’t think there was any ill intent there, and I thought they made the right call.