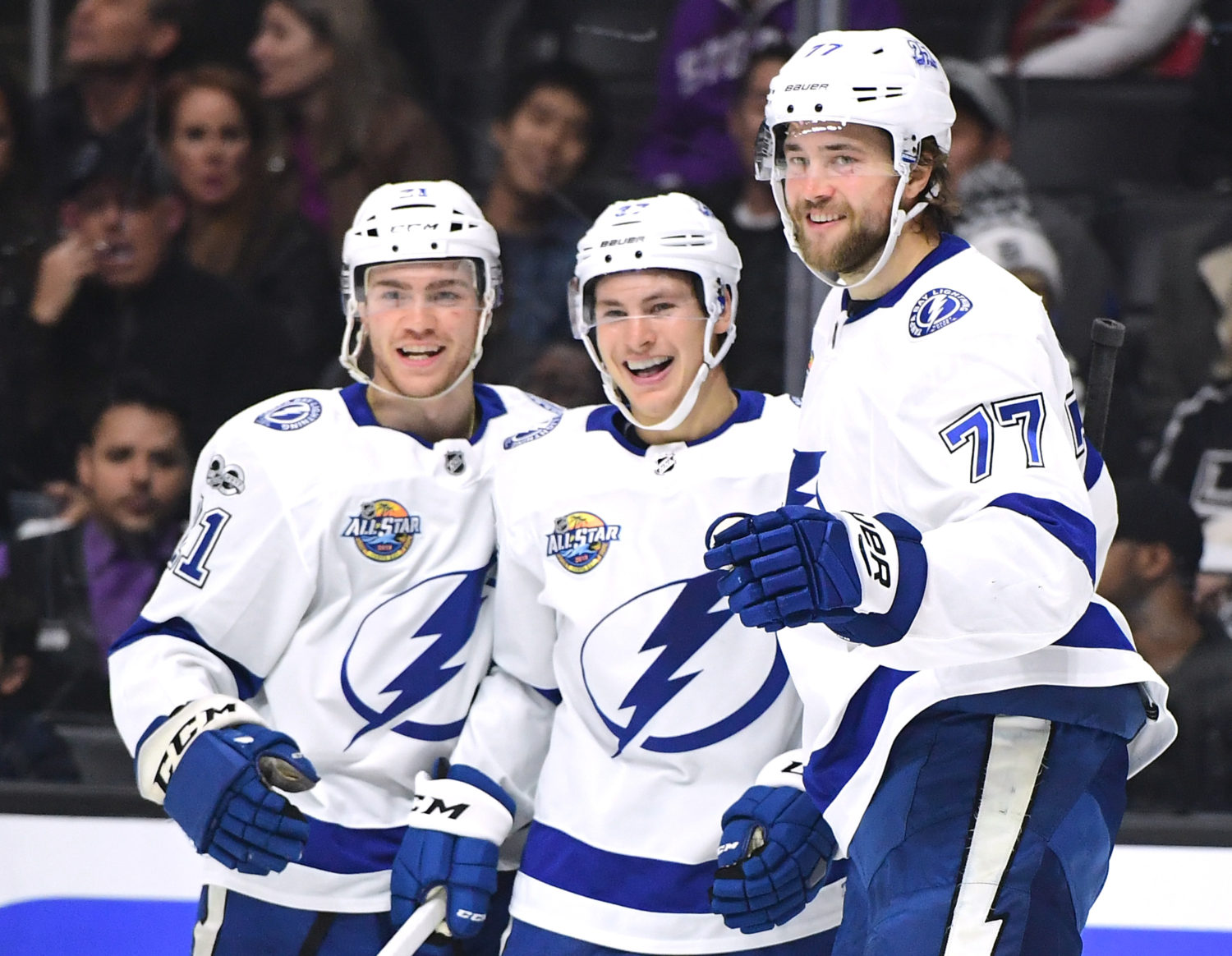 Jon Cooper, on the win:
I don’t know. To come down here, come three time zones and be able to take four points, in basically a little over 24 hours against two good teams, as a coach you’re really, really happy. But you’ve got to look at, not so much yeah we’re scoring goals, but how we’re playing defensively. In the end, we gave up three goals in two games against some really good teams. So it’s not as fun, but it makes you happy.

Cooper, on Budaj’s save on Kopitar in the first period:
Well, who knows how this is going to go. But that’s the game changer for us. He makes that save on Kopitar, we lost our coverage. That’s a big time shot by a big time player and I don’t know, maybe Boods had a little insight, a little inside information from last year. But for us, then the skill guys took over after that. Kuch (Nikita Kucherov) makes it 1-0 so you know you can see their guys are up on the bench after the shot and then down by the breakaway. And then that next two and a half minutes the boys were flying and it’s tough to come back from that.

Cooper, on maintaining the lead after getting ahead so early in the game:
Well, there’s so much game left. So the players sitting on the bench, they’re feeling it, let’s go. But as a coach you just keep looking at the clock hoping it’s the third period not the first. But I’ll be honest, I really liked the way we came out in the second. We had a really, really strong second period. And you know, I thought Quick made some huge saves, especially on the power play and he kept them in it. And all of the sudden, now they get one and almost get two. We catch a break with the goalie interference so who knows how it could’ve gone, but I have to give Quick a lot of credit. He was strong, kept them in. Then in the third it was back and forth and they had their chances and then it was our guy that played extremely well. So just really happy for Boods.

Victor Hedman, on whether Budaj’s save on Kopitar in the first period gave the team momentum:
Absolutely. And Boods’ save was remarkable and you know, I thought for sure it was in. I think everyone thought it was in. But he came over and made a great save and then a few seconds later Kuch was on a breakaway and scored the first one and it kind of took off from there. Very pleased with how we played on the back-to-back and over 40 shots and scoring 5 goals in the last two games.

Hedman, on playing against strong West Coast teams:
Yeah usually, especially San Jose and here, had some really tough nights. To come in here and play the way we did these two games is always really encouraging—
something that we’re very pleased to have but not satisfied. Being off to this start is huge for us. And like you said, coming into a back-to-back against two great teams says a lot about the character in this room right here. To be able to score five in each game, and only give up three total in two games is pretty big for us.

Alex Killorn, on the road trip:
We’re pretty happy with the way we’ve played these past two games. To do it back-to-back is a great feat because these are two teams that we knew coming in are defensively very sound. So for us to get two wins, two big wins back-to-back, we’re super excited and we realize that we’ve got one more game to really make this a great road trip.

Killorn, on Budaj’s save on Kopitar in the opening minutes:
It obviously could be a very different game. To start, Booty makes a huge save, kind of gives us momentum going the other way. Kootie gets a breakaway and we get a couple goals right after that. That’s the way hockey is—you make a big save at one end, score the other end—that’s just the way it is.