Good afternoon from Boston, Insiders. The Kings gathered on the TD Garden ice shortly before 11:00 a.m. and aligned as such:

-Jonathan Quick left the ice first and should be expected to start against the Bruins (4:00 p.m. PT / FOX Sports West / FOX Sports GO / KABC 790 / I Heart Radio). Nick Shore (undisclosed) skated but was not part of the initial rotations. Christian Folin also appeared to be the odd-man on defense during rushes.

-Happy 50th birthday, Michael Futa! Hired in 2007 as a director of amateur scouting, the Kings’ Assistant General Manager is now in his 11th season with the club.

-I’ll share more from Brooks Laich later today, but here’s his take on his 17 minutes of action in Montreal, and the shift-by-shift consistency he saw from both the team and himself: “I thought we built the game from the start. First off, I think if you’re going to have a good night you need to start on time. And I thought our line was effective and pushing the pace early in the game, which then catches the coaches’ eye and says ‘they’re going, lets get them as much as possible.’ And the second thing I think afforded us more time was being good on faceoffs, so anytime we were in our zone we could get thrown over the boards. So we want to continue those two things. Loved the ice time, appreciate the trust that he has in me, and want to build off that.”

-Boston has seemingly been in some transition over the last several years, and should be an interesting and younger team when compared to several of their successful squads earlier this decade that built up a reputation of being heavier and defensively attuned. (Sound familiar?) There are six listed rookies on the current roster, and while Anders Bjork, Danton Heinen and Jake DeBrusk are the promising forwards who’ve provided offense, it’s Charlie McAvoy, the soon-to-be 20-year-old former Boston University Terrier who is drawing the most notice. He has a booming shot from the right side of the ice and with one goal and seven points in eight games is backing up his reputation as one of the brightest young defensemen in the game. Naturally, when you’re a dynamic and young right-shot defenseman that stands six feet tall, you get compared to Drew Doughty. “It seems like they do that with a lot of players,” Doughty said of the frequent comparisons this morning. 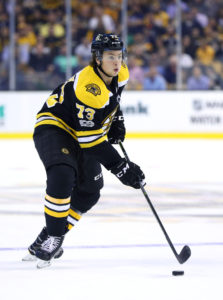 A Boston Globe article by Kevin Paul Dupont said Doughty is “considered by many to be the model for McAvoy,” while articles by NBC Sports Boston (Charlie McAvoy continues striving to be just like Drew Doughty), Boston Herald (Bruins hope Charlie McAvoy can follow in footsteps of LA’s Drew Doughty) and CBS Boston (Kings’ Drew Doughty Could Give Glimpse Of Charlie McAvoy’s Future) ran similar themes. “It’s a fair comparison,” Bruins coach Bruce Cassidy told reporters, as captured by the Herald. “They’re physically built similarly, (with) similar styles of play, where they can log a lot of minutes and get better as the games go on. Both (are) good offensive players — not dominant like (Ottawa’s Erik) Karlsson — but good offensive players. And can play a matchup role.”

Doughty is aware that McAvoy is an offensively-inclined defenseman, but other than highlights captured in video sessions, tonight’s game between the teams will be the first time he’s has ever seen the Long Island native play. “[There are] a lot of good right-handed D-men in the league right now, and young guys coming up and some veteran guys too, so it’s good to see,” he said. “I always like watching the young guys that come in that are right-handed D, and it’s fun to watch them.”

In other words, it’s not the first time Doughty, who will play his 699th career game tonight, has been used as a model for young, multi-dimensional blue liners.

-Tuukka Rask is expected to return to the crease tonight for the Bruins. He missed two games with a concussion that necessitated a stint on injured reserve before backing up Anton Khudobin in Boston’s 2-1 win over San Jose on Thursday. Matt Beleskey (6 GP, 0-0=0, -2) is expected to remain out of the lineup, while Noel Acciari (left index finger surgery), Ryan Spooner (groin), Adam McQuaid (broken right fibula) and David Krejci (upper-body) are injured. 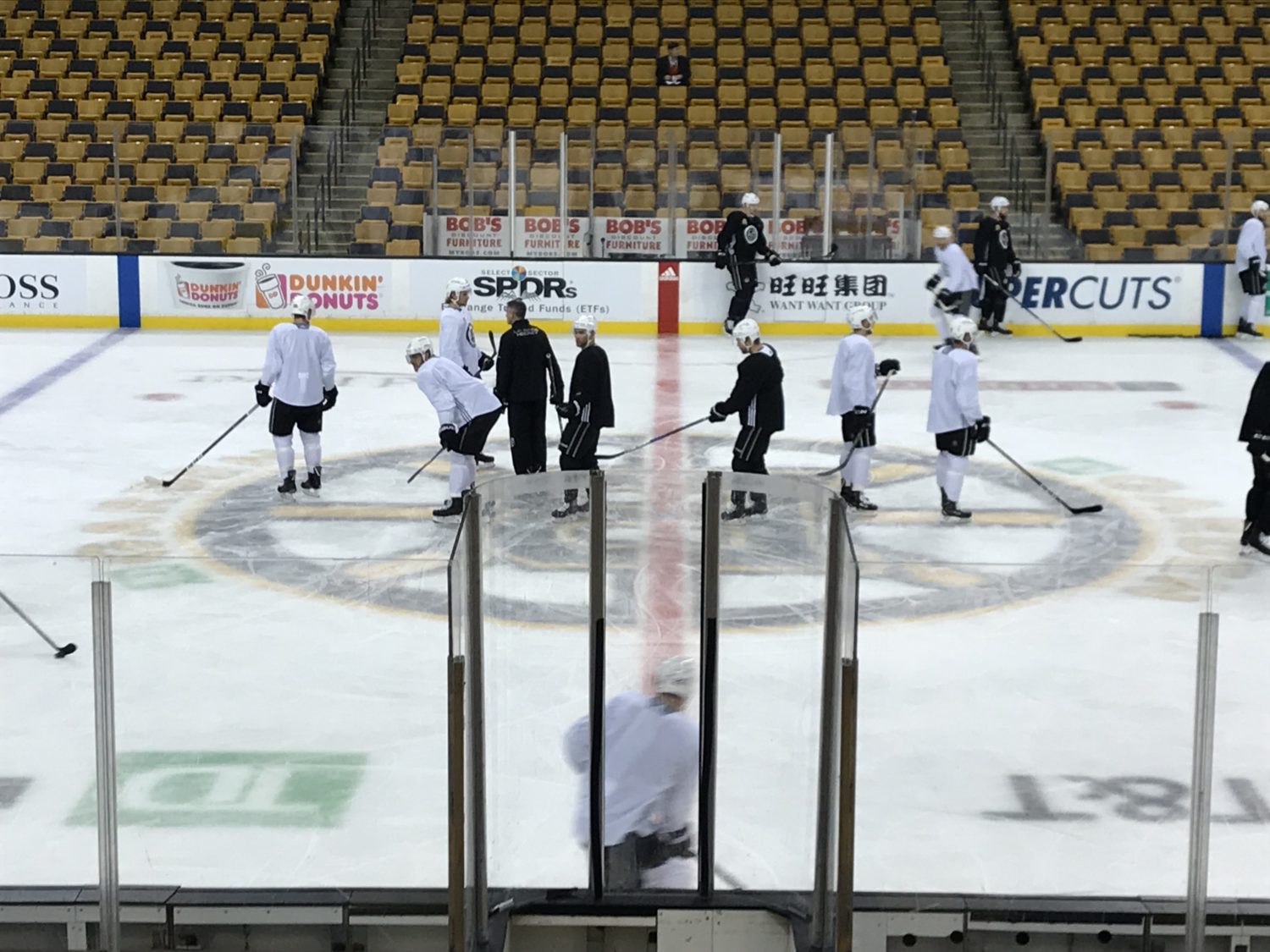