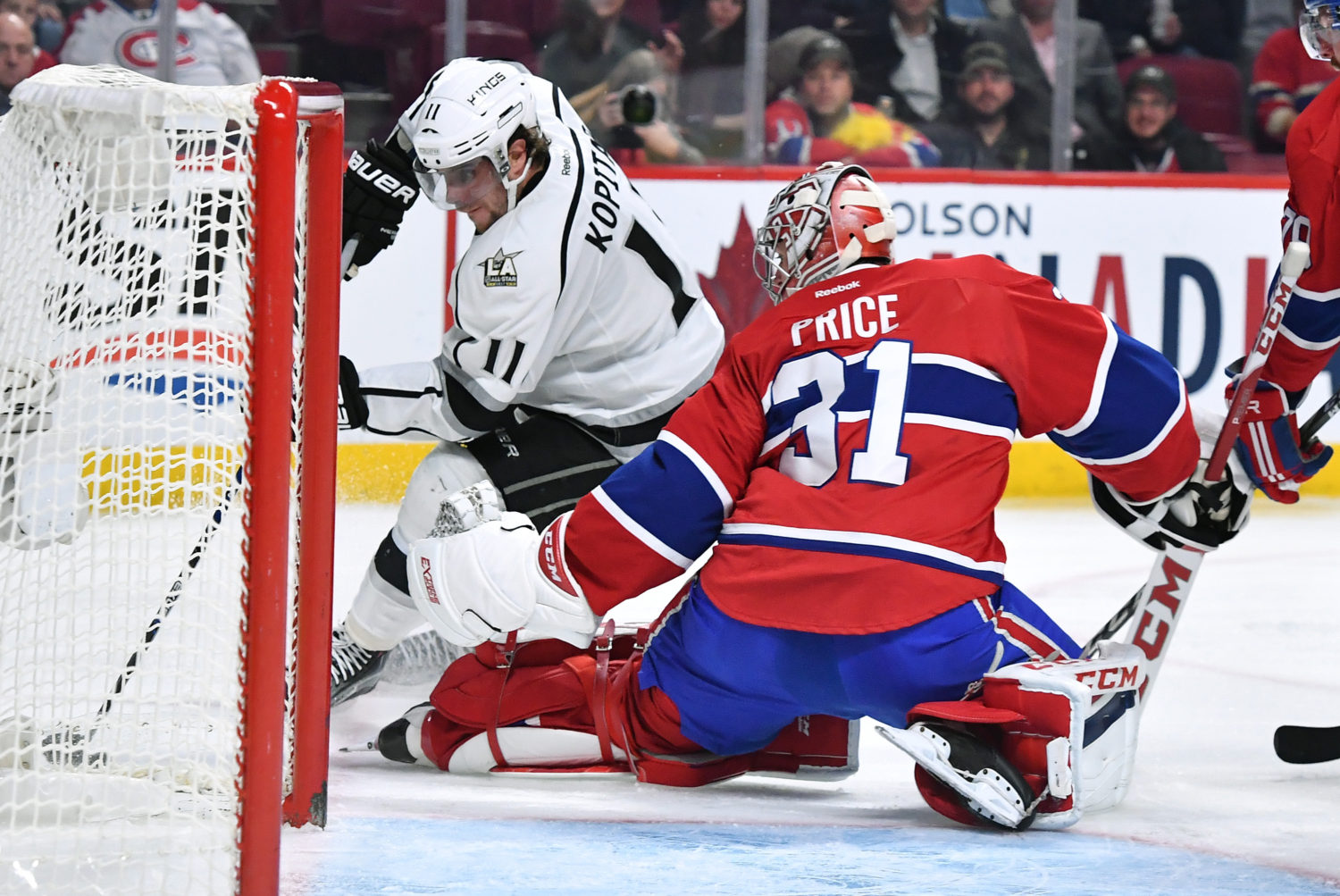 On whether Adrian Kempe is capable of maintaining his production:
Well, we hope so. I don’t know if he’s going to produce at the rate he has, but he’s got really good speed, really good skill, he’s got a desire to get to the tough areas, so I don’t see any reason why he can’t continue to have success with his skill set, his willingness to compete and go to the hard areas where you need to score. We’re not surprised that he’s capable of doing what he’s doing based on the fact that he’s done all those things and gotten himself in the right spots, and I think there was a question whether he could finish or not. I think he’s proven that he can.

On relying on Dustin Brown in an important role:
Well, we sat down with all of our players, and I think you come away with the fact that Dustin Brown is extremely well respected on your hockey team. I think he’s a really proud guy that still wants to be a really good player, and he trains well, he prepares well. After watching and reviewing our team and situations on our team and what he was doing and things he did around the net, I told him this summer, ‘I don’t see any reason why you can’t go back to being a 20 goal scorer.’ He’s an important guy. He plays in all situations and we’ve got him back on the power play as a fixture because we want him at net-front. He’s been a good penalty killer, he plays against top guys. He’s had a great training camp and deserved the right to be in those situations, and he’s had a lot of success in those situations before. It was much needed for our hockey team. [Reporter: Was it a question of maybe just confidence in his case?] I don’t know. I think Brownie’s game was trending back to towards the right direction last year. I think he’s really kind of looked at himself and what his identity needs to be as a player. He’s gotten back to that and I think he feels good about his game. I think he likes who he’s playing with. He wants to be counted on, so I think when a player has success and you start to get extra minutes because of the success you’re having, I think any player’s going to get confidence from that.

On what he saw from last week’s game versus Montreal that he hopes will carry over:
Well, we’ve got to be ready for their forecheck. I think they’re one of the better forechecking teams in the league. We had trouble with it early in our building. That game was tight until late and we kind of blew it open there. They’re a good team that really forechecks well, and I thought once we got going, we did a good job of breaking the puck out and carrying speed through the neutral zone. I think that’ll be important, and I think you’ve got to get your forecheck established because if their D get their feet turned up, their forwards are off to the races and they can hurt you on the rush. There’s lots of things I think to learn from that game, and certainly some things to be aware of.

On what the team will do to “exploit” a “relatively fragile” Montreal team:
I’m not so sure about that. They played very well against Florida the other night. They looked like they had some jump in their step, and they’re a good hockey team. I think if you look at the underlying numbers, sometimes a team is losing when they’re getting ready to win, and that might’ve been the case with them. I think they’re probably excited about being back home. I think they’re a good hockey team. They’ve got a great goalie in net, their defense is solid and they’ve got lots of depth up front. We’re not trying to exploit anything, quite honestly. We’re going to try to get ready for what we think is a good hockey team.

On improvements below the goal lines at both ends of the rink since the Toronto game:
Yeah, Toronto may have been our worst game in that area I think this year, but I thought we were much, much better in the Ottawa game, both ends of the rink. I just thought our compete from dot-to-boards was a lot better and allowed us to create some good things offensively and not give up those types of chances that are coming out of corners and the back of the net. I thought it was a much-improved area of our game, last game.