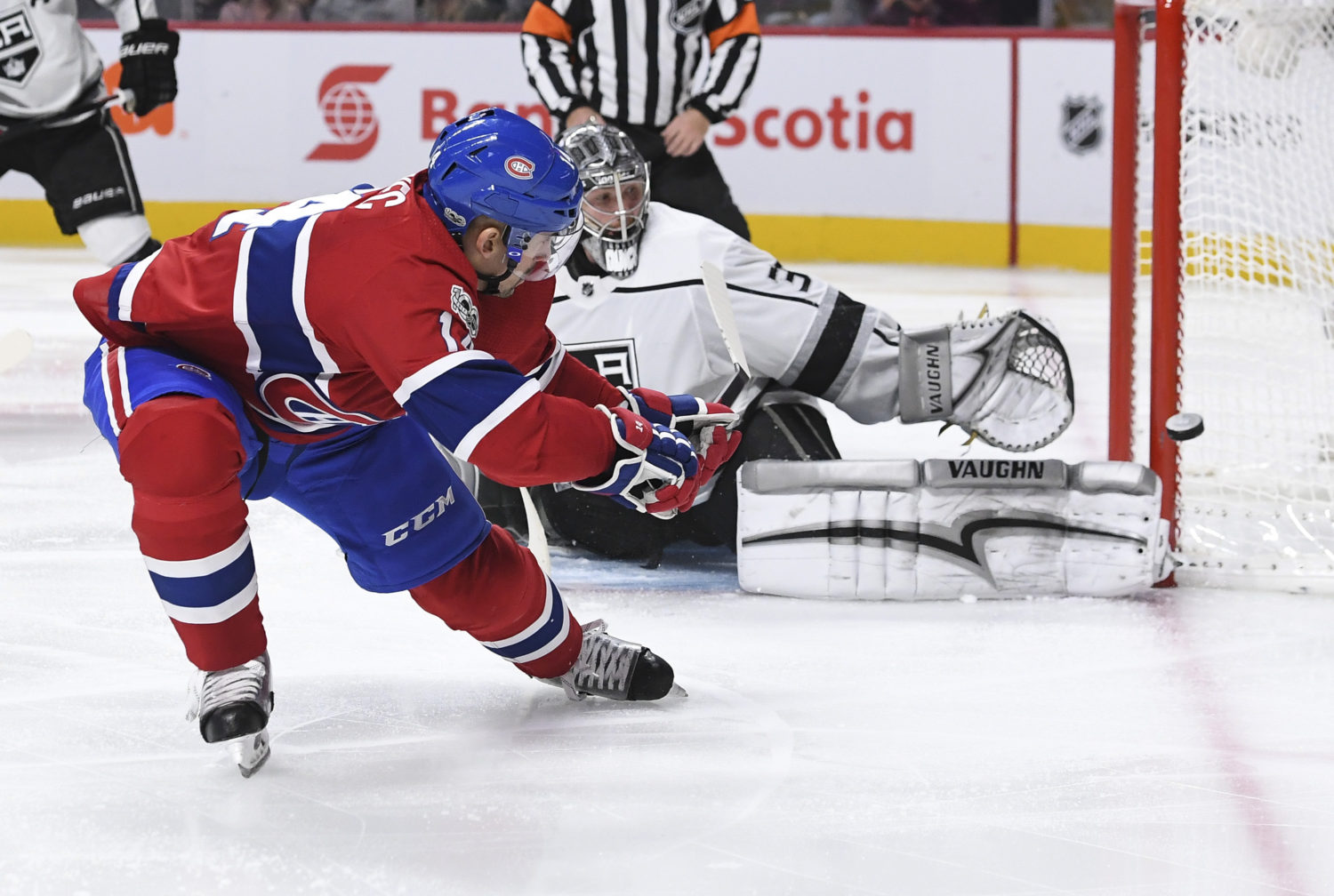 On Jonathan Quick’s performance:
The guys all knew it was his 500th game, and I told the guys after the game that might be one of the best goaltending performances I’ve ever seen. It was tremendous, and true to Jonny, Jonny doesn’t want any credit for anything. He just feels like he’s doing his job. Honestly, that might be as good as I’ve ever seen him play. Tremendous.

On the impact of scoring two late goals in a first period Montreal was very good in:
Give them credit, they had a heck of a first period. Their forecheck was extremely effective. I thought our effort was great. Our execution just wasn’t. We had a little trouble the first game as well. They’re one of the top forechecking teams in the league in terms of getting pucks turned over. They’ve got a tremendous amount of speed and they forecheck really smart, so I think 90% of those came off the forecheck, so to get those goals late I think really lifted our spirits and deflated theirs. I think anytime you score late in a period, especially after a period like that, it kind of gives you energy and gives you a chance to get your feet on the ground and get going. [Reporter: Was that a testimony to Jonathan’s performance to put you in that position?] He deserved it. Absolutely. We scored four goals. It’s hard to say your goalie helps provide offense, but I thought he did tonight by keeping us scoreless in the early part of the game. Now, you get an opportunity to get a couple goals in net and make them chase us from behind. He had a lot to do with it.

On improvements in the latest five-game portion of the schedule:
Well, I think we’ve gotten more minutes out of probably the bottom part of our lineup, which was really good to see, and obviously we’ve had some injuries we’ve had to absorb through all this stretch here, and we’ve had an opportunity to get people in our lineup and play, and they’ve made a really good account of themselves. Kempe’s taken on more responsibility. I thought Amadio came in and had a real strong game for us. Andreoff and Dowd have come in and played. Brooksie’s come in and played well for us. MacDermid, he played terrific tonight as well, I thought, and his minutes are going up, so if anything, I think we’re getting a little more trust in the depth of our lineup and I think that’s only going to help us moving forward.

On Kurtis MacDermid’s first goal, and the work that the development staff has put in with him:
Those guys are pumped. Nobody works harder than Kurtis. The development guys have spent an enormous amount of time with him, and he’s spent an enormous amount of time with the work, and you get excited to see a kid see his efforts come to fruition and not just be rewarded with the chance to play but score your first goal in Montreal. It’s pretty special.

On MacDermid playing with Drew Doughty over the final two periods:
I think Drew could play with me if we asked him to. He’s just a real calming force. He gets to pucks and he’s always been good with a big, steady defender and a left-shot player, so we moved the partners around just to spread the minutes out a little bit, and I thought they did well together.

On what it means to get off to an 8-1-1 start:
Well, I think points are important, obviously, to get out and try and build some confidence in the group, but the group’s been really good about it. I think we can all agree that we competed really hard tonight. We did some good things, but we need to clean up our execution in a lot of areas. I think the group’s been really honest about each win and each game and what we’ve done well, what we need to do better, and that’s no different tonight. So, to get the points that we’ve get the points that we’ve gotten to this point – 17 points through that stretch – I think is huge, especially with the road trip we’re on right now. Good teams have to win on the road, and I think the guys have dug in really well through this stretch.