Waking up with the Kings: October 25 - LA Kings Insider

Even if the final 15 minutes of real time hadn’t unfolded the way that they did, there still would’ve been an interesting WUWTK to share. The focus would have been The Kings Didn’t Win, But It’s Looking Like Adrian Kempe Is Going To Be A Player, And That’s The Most Important Thing. And then Kempe uses speed to set up the hockey equivalent of a pick-six on Mike Condon, and then scores the shootout winner, and in an entirely satisfactory result for the team, the same theme is reinforced with two points in the bank on the road against a team that was one goal away from making the Stanley Cup Final last season. Los Angeles didn’t always manage the puck well on Tuesday night, and against a patient team like Ottawa that often waits to strike until their opponents make a mistake, that nearly proved costly in a game the visitors appeared to be solidly in control of for long stretches. There are a few similarities between the teams, and on Tuesday it was the reinforced stick usage that was most noticeable. The Senators used their sticks to take goals off the scoreboard, namely on Derrick Brassard’s disruption of Kempe’s high-grade opportunity, as well as Dion Phaneuf on Dustin Brown’s close-range chance. 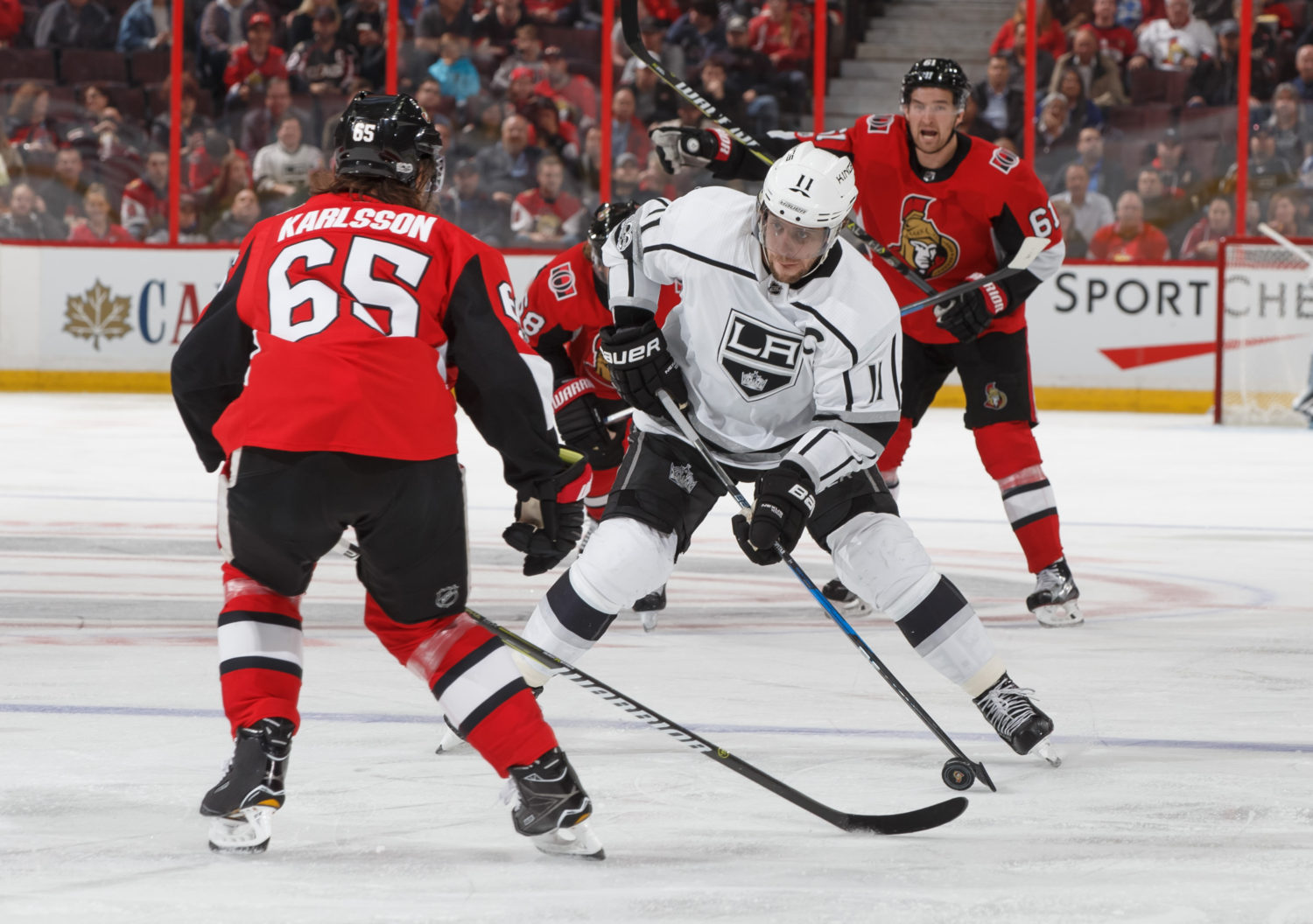 But, yeah, Kempe. It’s easiest to gravitate towards the rookie, though the contributions of players such as Alec Martinez, whose usage was a career-high, the fourth line as a whole, which pinned their counterparts back in their own zone for several shifts, and Darcy Kuemper, who was beaten by a knuckling Phaneuf shot from distance and once at the tail end of a lackadaisical power play but was otherwise aggressively solid for the second time this season, were also instrumental in the win. Over the course of a week, however, Kempe’s fortunes have changed dramatically and his current capacity is becoming clearer. His first game playing alongside Tanner Pearson and Tyler Toffoli resulted in a number of dangerous offensive situations, and his speed backs off defenses and has the potential to create situations such as his late-game equalizer, which caught Condon and Ottawa by surprise. His presence is also a boon to Los Angeles’ shootout fortunes, which had dipped from the halcyon days of Jarret Stoll’s wristshot, and last year six games were decided in a shootout, with four of them dropped by the Kings. He recently turned 21, is not eligible for restricted free agency until the summer of 2019, and is tied for fourth in the league in rookie scoring. Losing Jeff Carter provides a challenging set of circumstances on many fronts – not only offensively – but Kempe, through a week’s worth of action, is clearly seizing an early opportunity presented. 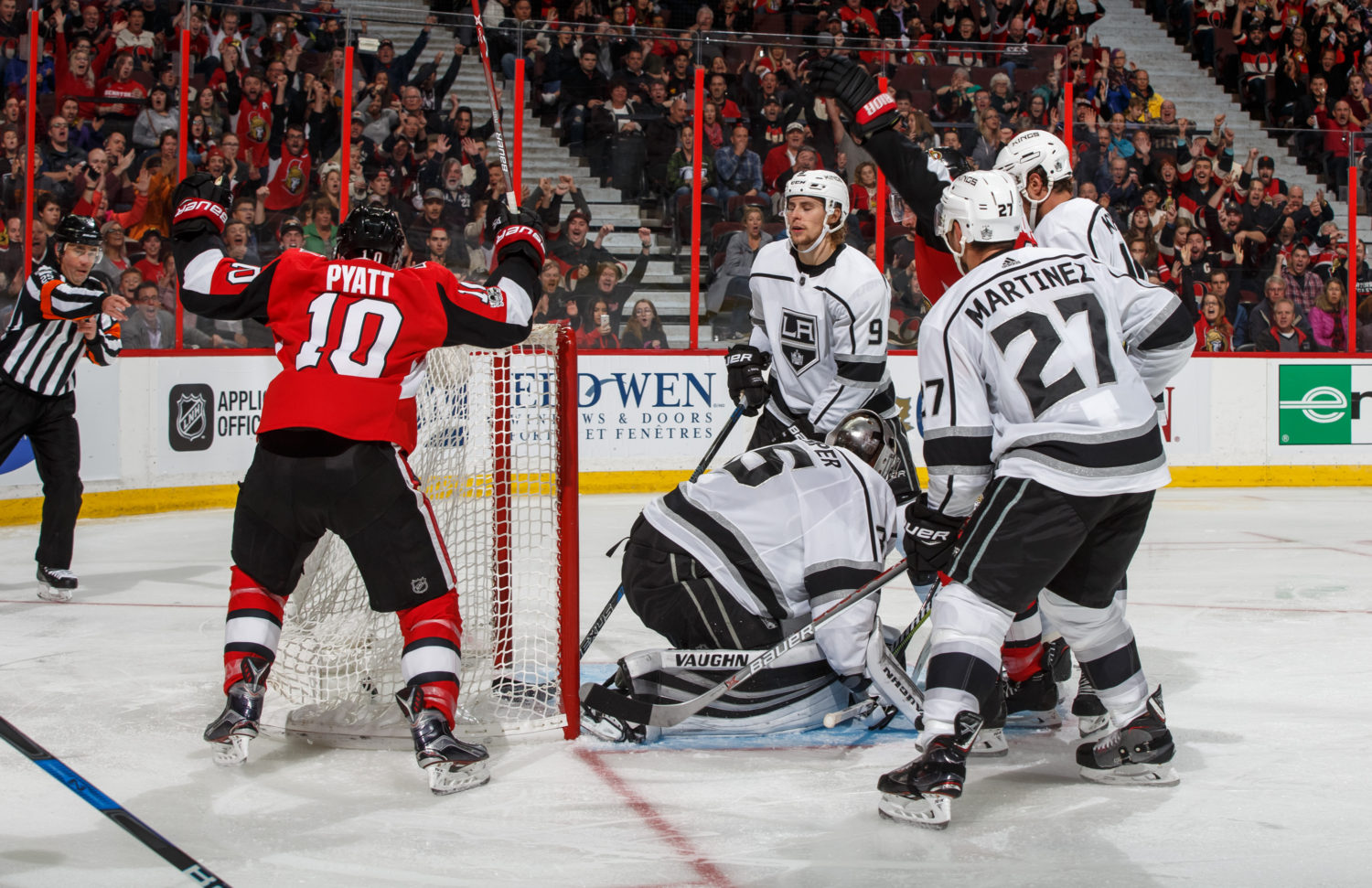 The video at the start of overtime (stick tap, TSN) depicting Drew Doughty and Erik Karlsson chuckling and Dustin Brown wryly smiling as the Kings reluctantly determined whose duty it was to cover the superstar Swede in three-on-three overtime was a good representation of the types of personalities and charisma the NHL would be wise to promote, and the visual embodiment of the sentiments expressed throughout the first month of the season: that the Kings are having fun coming to the rink and competing. It wasn’t much different from a group of friends playing backyard touch football when there’s a player that’s clearly a handle to guard. Hockey is fun! 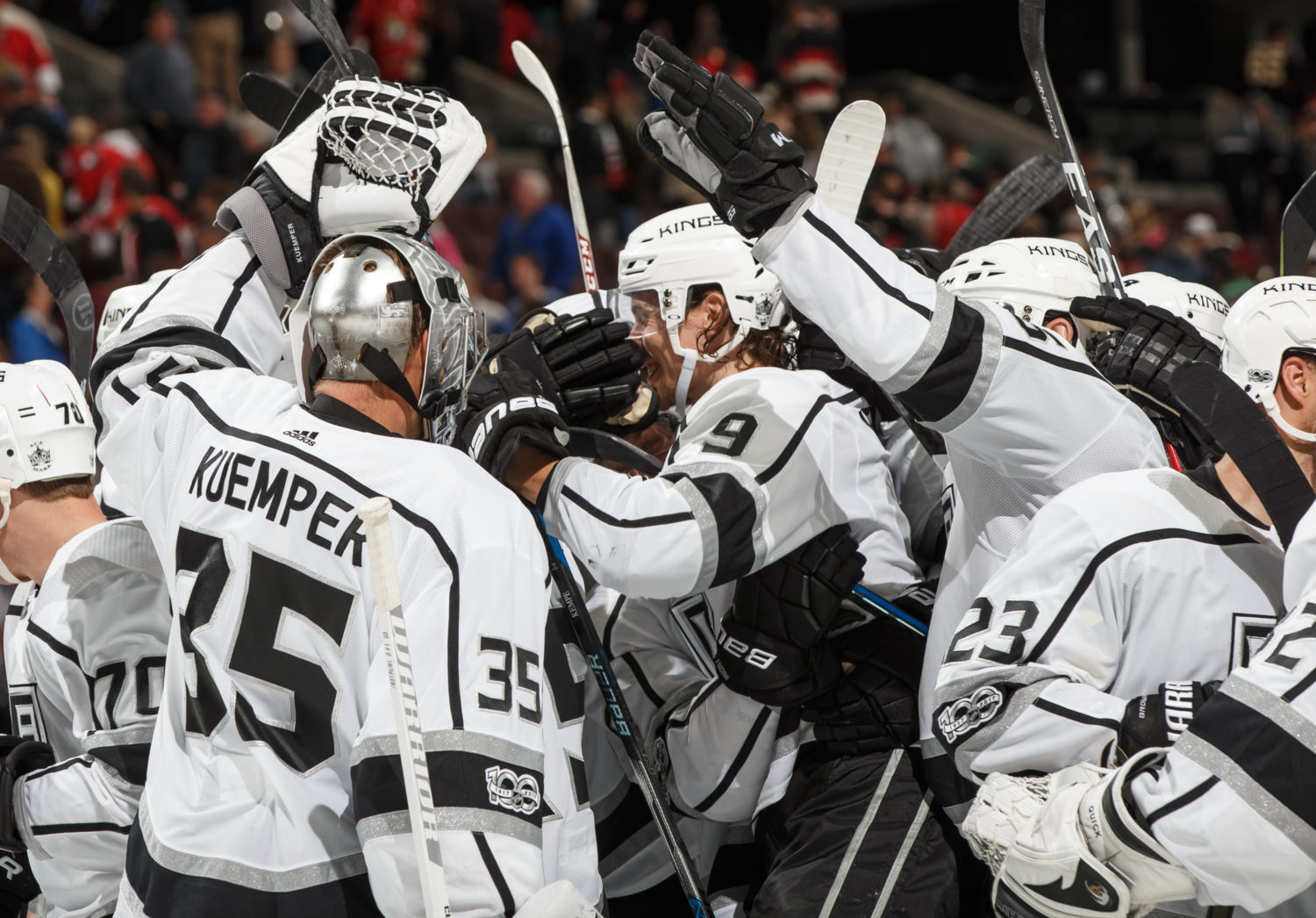