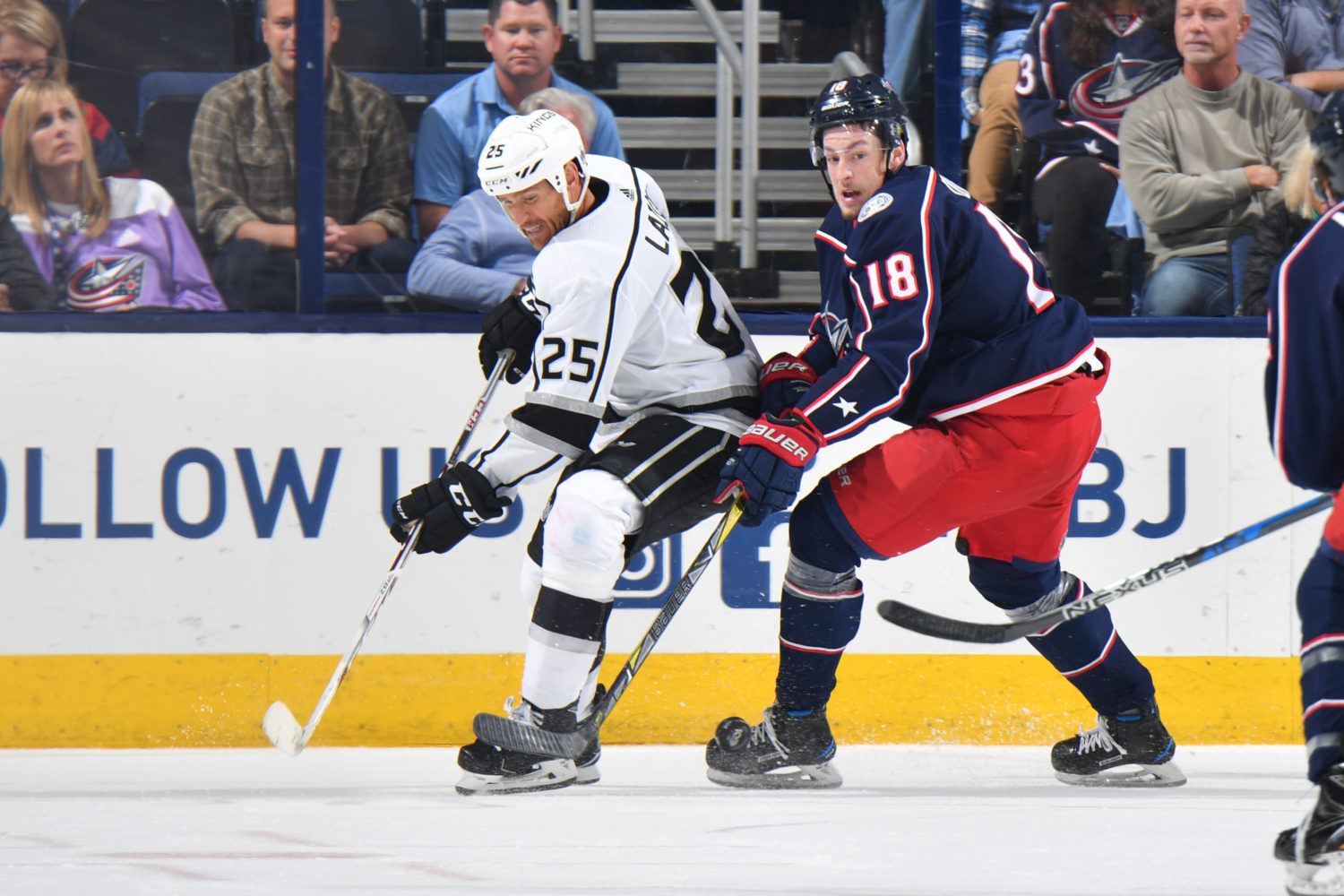 On whether he’s impressed with Brooks Laich and veterans who “never give up”:
I think when you get to know Brooks you’re not that surprised. I think if you talk to anybody that looks back and finished playing, I think they’d all like to play as long as they possibly can. I think he’d mentioned a friend of his who told him that and gave him that advice, that if you think you can still play, you should give it every opportunity, and it worked out well for him and it worked out well for us. He lives in the area, he’s in great shape, the team didn’t have a contract to offer him at that time based on the situation, but the situation’s changed. He’s been practicing with us all along, he’s been in all the meetings, so he’s informed with the detail, what’s going on. He’s in game shape and he’s able to step right in and play, so it’s a real credit to him that he was willing to do that, and I think it was a real win-win situation for both he and the team. [Reporter: What’s his role? What do you expect from him?] Obviously right now he’s playing center, but he can play center and wing. I think he gives you another left-handed centerman that can help on faceoffs. He’s a guy that can really add stability to our fourth line right now. I think they were a real key line for us last night, they could play real solid minutes, gave us momentum every time on the ice. But I think he’s just going to be a really good 200-foot player that’s going to be involved in the penalty kill, and we think that line can give us some secondary scoring as well. Brooks has been a 20-goal scorer in the league before three times, and it looks like he still skates well, he’s got good skill. First and foremost, we want him to be a real good checker on that line, but we’d like to see some secondary offense out of that group as well.

On whether anything was “missing” in Brandon Prust’s game during training camp:
No, I think it was just the numbers. We’ve had guys that we thought could fill that role on our hockey team. He was great, he’d come in, he worked hard in training camp. It was kind of an odd camp this year because we were away in China and he was back here playing, but he got an opportunity to go through training camp and play in a few games, and I think the decision was just made that our lineup was full and there wasn’t a spot for him. I think he was trying to play in the NHL and didn’t want to go back to the minors and go through that route again. He’s old enough and has a good enough career that I certainly respect that. But he came in, he had a good camp, worked hard, great guy. Just there wasn’t a position available for him.

On the importance of Jonathan Quick’s presence from the outset of the season:
Well, I think any team that’s going to have success has got to have really good goaltending, and we certainly have that with Jonathan. But I think more than that, he’s been with this group for a long time and he’s a big part of our leadership group here, and I think he has had a real calming effect on our team, just with his poise in the net and the ability to slow the game down, get faceoffs, read what’s going on and just have another leader on the ice for us. I think it’s been really important for us to have him healthy right from the start of the year.

On changes that have resulted in an improved offense:
I think it’s a small sample size so far, but we’ve really tried to hold on to our roots as a good defensive team. We don’t think you have to give up as a defensive team or being solid defensively to be better offensively. What we have tried to do is put a little more structure in place in terms of fundamental principles on the rush and in the zone, try to get people in the right areas of the ice and then their skill takes over. We’ve made sure that the guys understand that we want them to be creative, we want them using their skill, but we want a little bit of discipline in terms of the structure we want them to play with, and we feel like if we do that, we’ll be in better position to score and create more opportunities – and we’ve done that. We’re happy with the underlying analytics that tell us that we’re improving in those areas. Not just the goals being scored, but the shots and where they’re coming from, and certainly a lot of that focuses on the net and driving the net, so those are areas that we’ve really focused in on.

On what Pierre Turgeon brings to the coaching staff:
First and foremost, he’s a great person. A strong character guy that’s got a great personality and passion for the game, and he adds a guy to our staff; he’s not really involved with the implementing of structure on our team, but he’s really involved on focusing on the offensive part of the game and tracking scoring chances, looking at areas of the game we can be better at – faceoffs, plays around the net, body position. The finer details in the offensive part of the game for everybody, and he’s got an ability to offer his insight on a guy who sees the game at a high level. We’re just coaches. We study the game and think we know what we’re doing. He’s the guy that’s played the game at a high level offensively who can really give us some keen insight into what we’re trying to get accomplished.