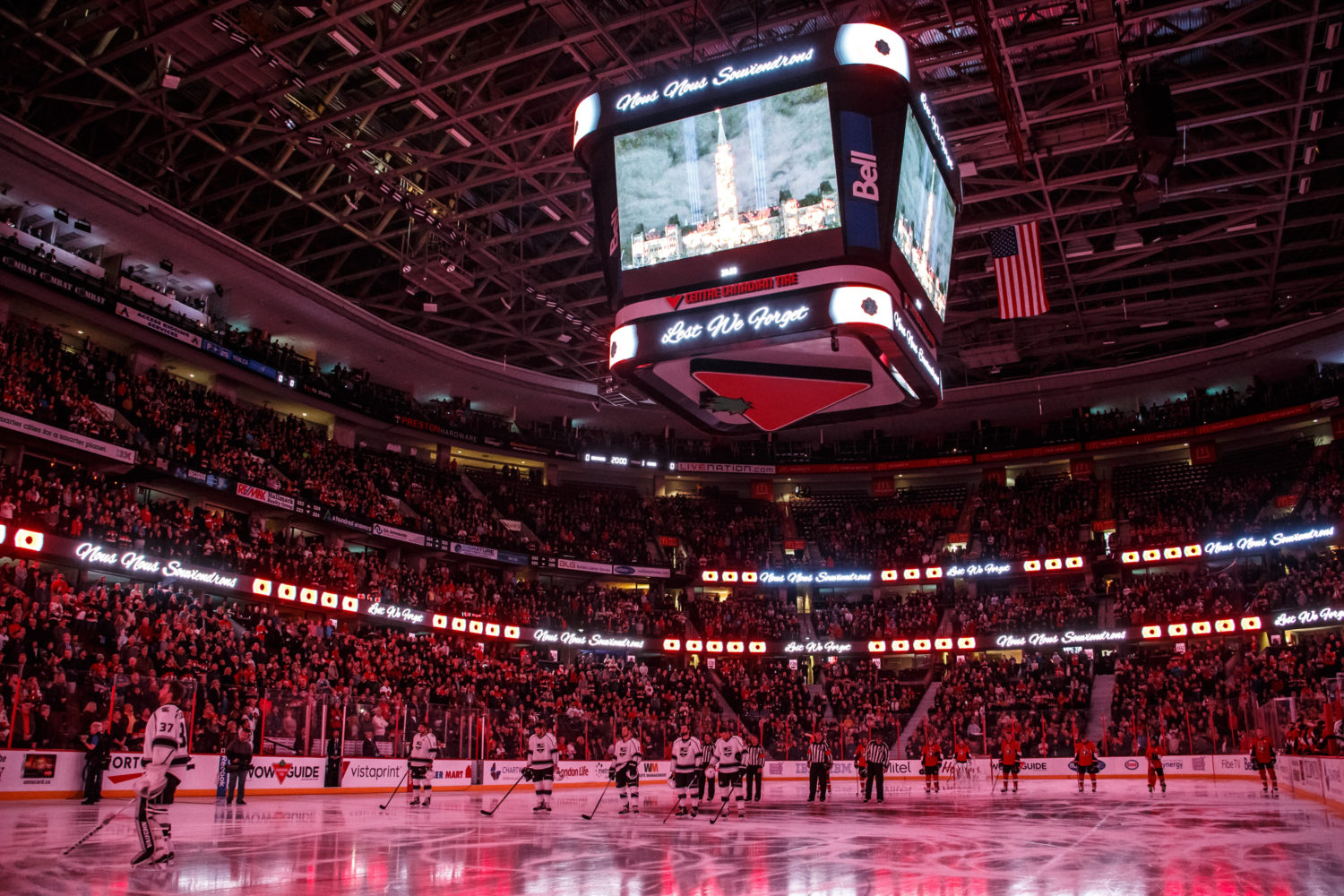 On the biggest takeaway from Monday’s game in Toronto:
I think we’ve got to be better to win the hockey game, quite honestly. I thought we gave up too much and I wasn’t happy with our forecheck. I didn’t think we got enough pucks stopped in the offensive – really, below the goal line at both ends of the rink was where I thought it was an issue for us. I thought Toronto won a lot of those battles both in our zone and to be able to get pucks past us on the forecheck that resulted in too much time in our own zone.

On players who stood out in the loss:
I thought Kempe had a strong game. I thought he really skated. He was probably our most physical forward. It looked like he really had good legs under him and he changed the momentum of the hockey game. I thought a guy like Trevor Lewis had some good jump in his game. The thing we really liked in our team was we had really good emotion in the game, I thought. I thought we got back in the game with a shorthanded goal. You could see the guys thought we gave ourselves a chance to win. I thought we played together as a team in terms of the way we looked after one another. I just think we’ve got to do a better job in those areas to beat a team like Toronto.

On Nick Shore’s line, and whether he’s willing to sacrifice any offense for defensive success, and whether it was representative in Monday’s game, given their focus on Auston Matthews’ line:
I don’t think you have to sacrifice offense for defense. I think defense makes you a better offensive team. Their top four offensive players had 22 of their 34 shots on net last night, so I’m not sure we did a great job on those guys. Matthews and Nylander had 13 shots between them, and Marleau, I think, had five. We really believe that the better you are defensively, the better you are offensively. More happens, you have the puck more. We want to check fast and hard as a team because it gives us the puck more and allows us to do more with it. I think those guys have done a good job offensively for us, but I think we can turn that into more offense.

On whether he saw anything that led to the extra penalties called against the team:
Well, six is too many, especially against that team, for sure. Probably the fact that we were in our zone a little too much, obviously the penalty at the end of the game’s a discipline [penalty]. I just think if we checked a little better, a little faster, we’d have the puck more, and usually when you have the puck more you don’t take penalties.

On whether Trevor Lewis is an example of a player whose offensive contributions can grow:
He’s a great example of what we’re talking about. He checks every shift and he creates chances. Lewie’s an 85-point guy in junior hockey. I mean, he was a big scorer in junior hockey. He skates well, he shoots the puck well, he’s a really smart hockey player. He’s been asked to check – that’s what got him in the league on a team that needed him to check, so I think he had a real breakout year. What’d he have, 12 goals last year? We think he can score. We want him to try and score. We want him to be a real sound guy who’s going to be a primary guy on the penalty kill, but we don’t see any reason why he can’t get pucks stopped up in the offensive zone, create stuff on the rush, challenge the defensemen wide. We believe he can score, so I’m glad to see him get rewarded for his work. [Reporter: Is he one of those guys that his defense feeds his offense?] That’s our team. I think that’s what a winning program does. Kopitar’s a Selke Trophy winner, and he’s our best offensive player, he’s our best defensive player. Drew Doughty’s a Norris Trophy winner, and I think he won the Norris Trophy because he’s such a great defender, so I think we’ve got some great examples on our hockey team that show what a winning program’s all about.