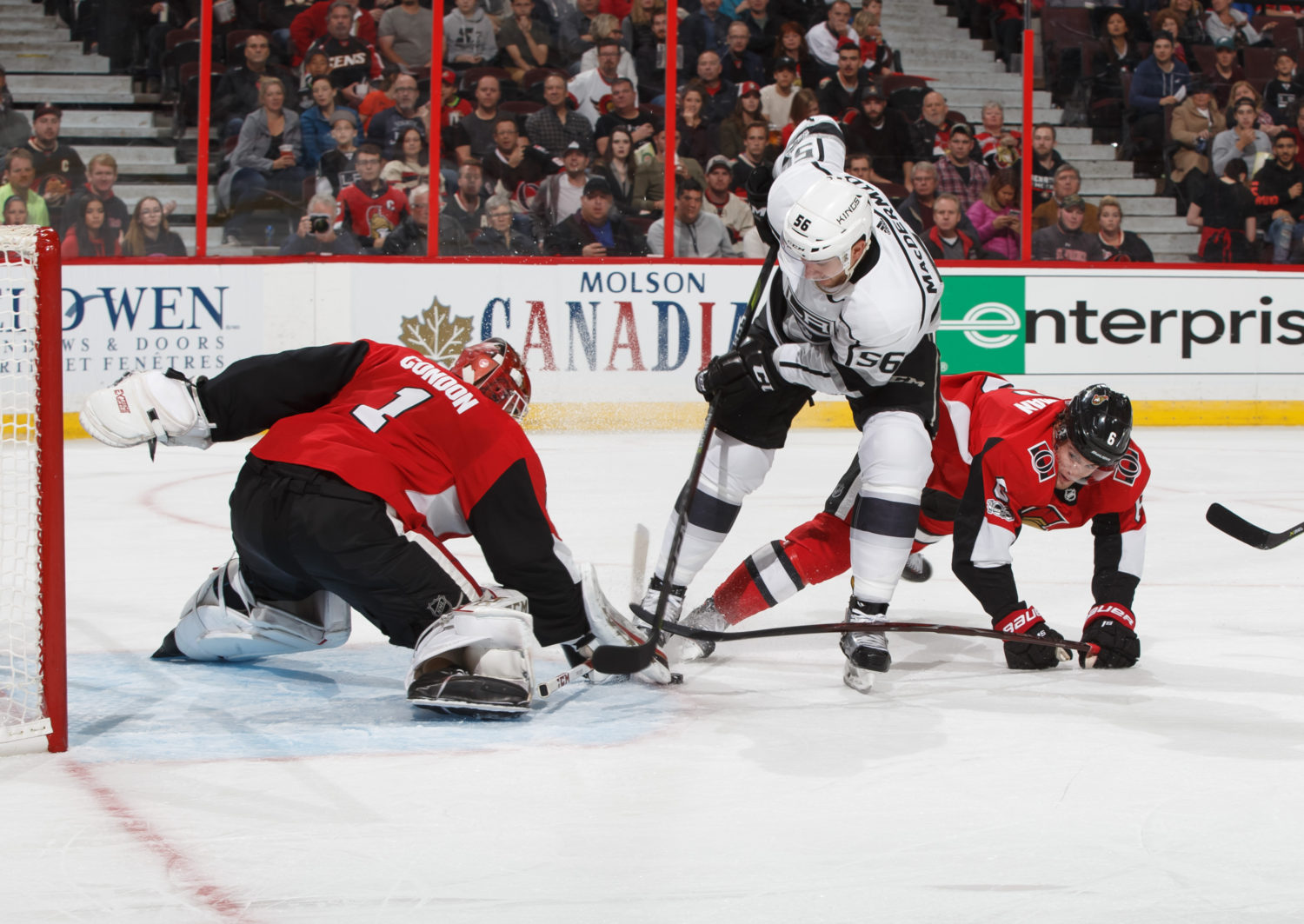 On whether the win was an example of sticking to their game:
Yeah, I thought we played much better tonight. I thought we had really good energy and I thought our compete on the puck in all three zones was a lot better tonight. In a back-to-back situation, I thought we got really good contributions from everybody. I thought the fourth line was terrific for us tonight, if you want to call them the fourth line. I thought the Brooks Laich line really gave us momentum around the ice and it really helped give the rest of our team energy. But, yes, I thought it was a really solid team effort that stayed with it for 65 minutes.

On Adrian Kempe making an impact once again:
I think what we loved about his game tonight is that we gave up a goal there, which is kind of deflating for us, and he almost had that look in the eye like he wanted to go out and make a difference. He used his speed to turn a puck over and then we called him in the shootout. He almost had that look like he wanted to be called in the shootout, and you just love that in a player, so good for him. I thought Cammy and Adrian both made great plays in the shootout and then Darcy obviously was solid there, so I thought we deserved tonight. It was a fitting outcome.

On trailing by a goal with under two minutes remaining despite a strong performance:
You know what? I think you’ve got to learn in hockey that you’ve got to stay with it for 60 minutes. I mean, sometimes it takes the last minute to win a hockey game, and at the same way, you’ve got hold on to a lead, We’ve had leads in training camp, they slipped away a little bit. It’s a 60-minute hockey game, it’s a tight league, and you want somebody to go out there and make a difference. I think it’s just a good example if you stay with it through the course of the hockey game, sometimes it might take that long.

On Kempe’s shootout winning goal:
We hadn’t seen it before. Billy does a lot of work on the shootout because he studies the goalies and he really deserves a lot of credit for giving us lefties, righties, who he thinks will move. We thought he’d be a good choice there, but that’s quite honestly a move he’d been saving because we hadn’t seen it yet, so good for him. [Reporter: Did you have that already planned out that he would go third?] We had the first two guys planned. We had some other guys in mind there. We got a little caught off guard because they allowed us to shoot first, which doesn’t always happen on the road. So, it was nice to see Cammy get us off. It’s always great when you score first. I think it puts pressure on the other team, so Cammy did a heck of a job for us.